4 Workout Tips That Will Lead to New Fitness Breakthroughs 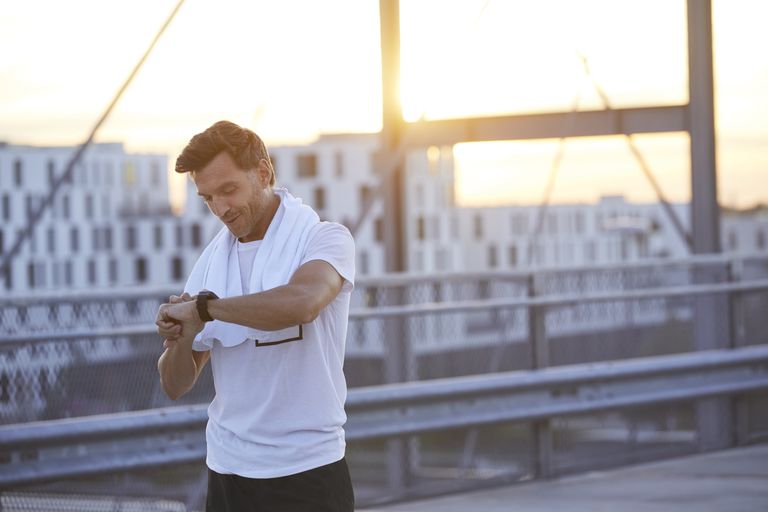 Whether you’re training for a race, a slimmer waist, or just for your general well-being, there’s probably something you can do to make your hard work and time even more efficient.

Maybe the key to improved performance is a new technique you haven’t yet had a chance to try, or a slight tweak to your training approach. In some cases, a workout hack could even be training less — the old saying claims that you should train smarter, not harder, after all.

These four tips can help you overcome training plateaus and unlock new training heights. All you have to do is be willing to try something new and put in the extra effort.

Cut Your 5K Time with Pilates

There’s a new weapon in your quest for a faster 5K.

A 12-week Pilates program helped recreational runners shave nearly 2½ minutes off their 5K times on average, according to researchers in Brazil. The exercises, which intensified weekly, tended to target the core and included leg circles and rollups.

What’s going through your mind when you’re lifting makes a difference. In a study in the European Journal of Sport Science, one group of men was told to “squeeze the muscle” while doing biceps curls and leg extensions.

A second group was told to “get the weight up.” After eight weeks, the men in the “squeeze the muscle” group (that’s called “internal focus”) grew their biceps 12.4 percent, compared with 6.9 percent for the latter (“external focus”) group. The findings provide more evidence of the nervous system’s ability to target a muscle, or “neural drive.”

Put that into practice during your next workout. Instead of just straining to finish your set, concentrate on the movements of your muscles.

The Rule of Three Does Not Apply

If your main goal is taking inches off your waistline and you’re doing high-intensity interval training (HIIT), rethink doing three workouts a week.

Worried about breaking down in the heat? Here’s an option you may not have considered: an ice bath before you break a sweat.

Have time before your next run? Choo says the best tub temp is 60°F for a 15-minute dunk or 75°F for 30 minutes. Showers aren’t as effective.