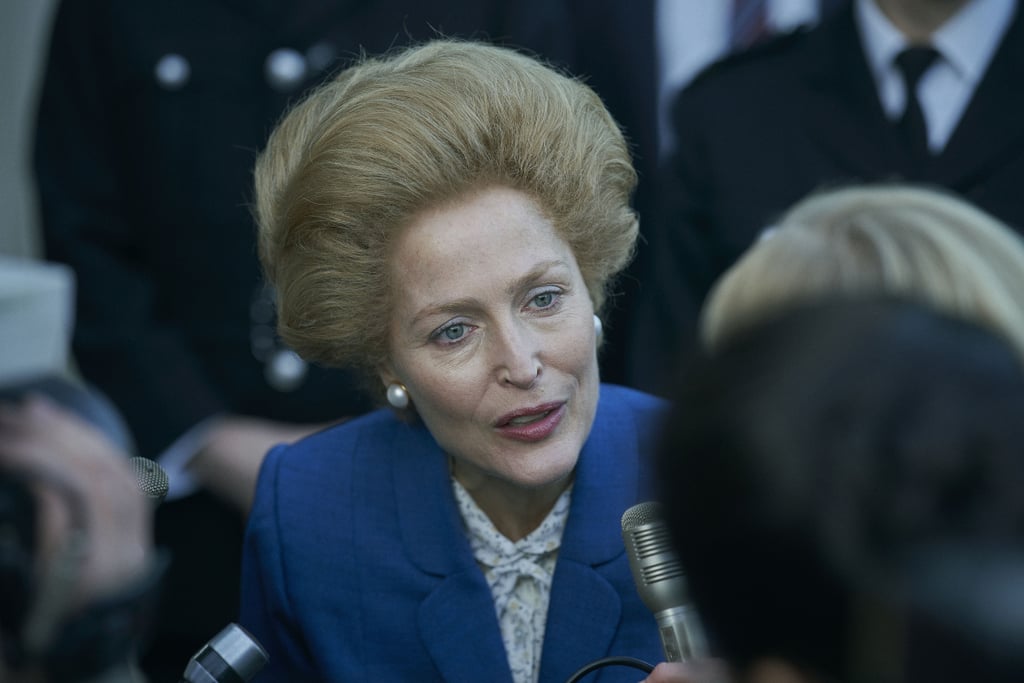 Gillian Anderson’s résumé is packed with powerful film and TV roles, this we know. In fact, her role as Dana Scully on The X-Files is even credited as being the catalyst for many young women to pursue careers in science, technology, engineering, and math (STEM) fields, now known as “the Scully effect.” But if you thought Anderson couldn’t get more iconic, you should see her as Margaret Thatcher in the fourth season of The Crown.

If you thought re-creating Princess Diana’s beauty looks on screen would be difficult, imagine bringing the “Iron Lady” to life. Turns out, her iconic bouffant was more difficult than one would imagine. According to Cate Hall, makeup and hair designer for The Crown seasons three and four, everything from the color to the famous volume posed a challenge. In a recent Netflix press release, Hall shared exactly how she and her team helped Anderson fully transform into Britain’s first woman prime minister. Spoiler alert: it involved a lot of experimentation.