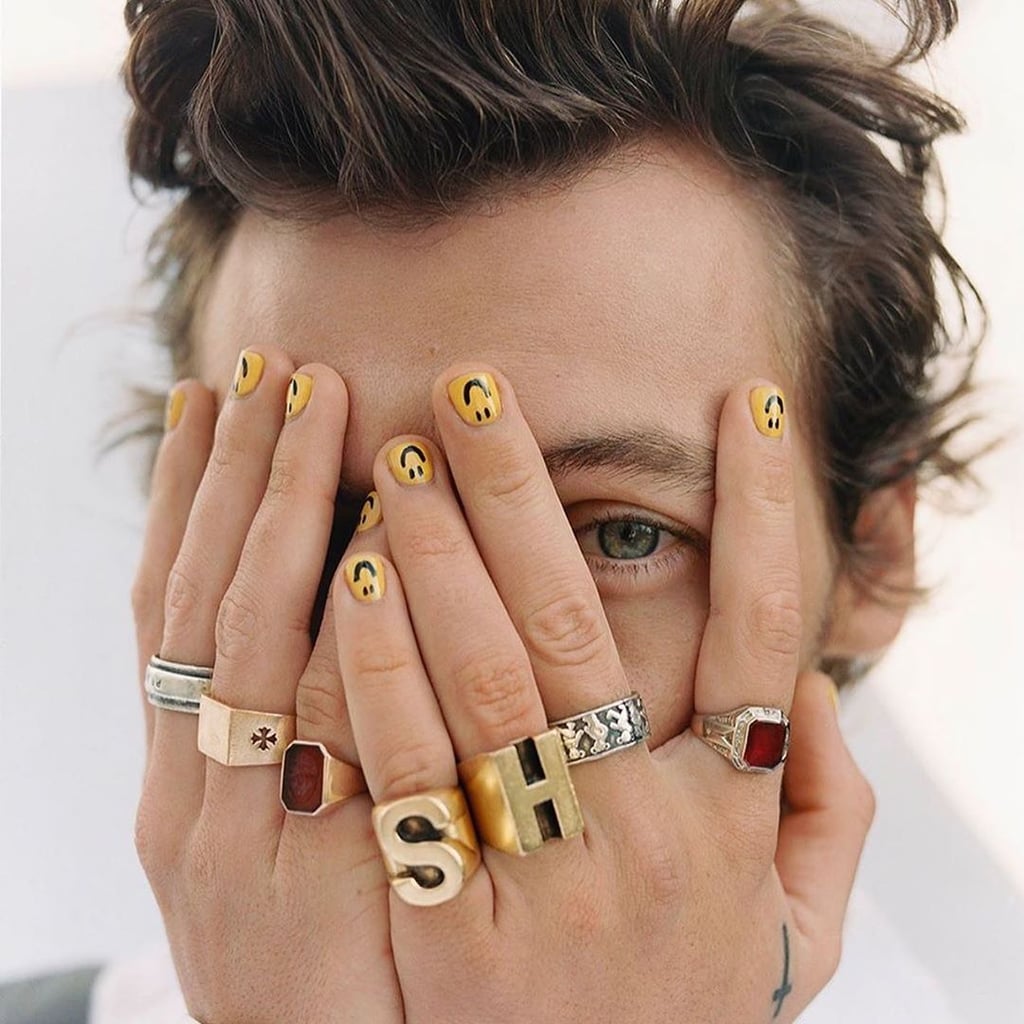 It’s hard to pinpoint what exactly makes Harry Styles so incontestably endearing. Maybe it’s the energy that bounces along with him and Lizzo as they sing “Juice,” or the deliberately uncouth manner in which he wears his hair. It could also be that he steps out in the makeup, earrings, or nail polish that makes him feel good, damnit, because who in the hell says those things are gender exclusive?

Not us, nor Styles, nor the pro behind each of his most recent nail looks, longtime celebrity manicurist Jenny Longworth. She’s been in the nail game for more than 20 years and has worked with everyone from Taylor Swift to Rihanna. (Her take of which is equally casual: “I’ve never been a person that’s bothered by celebrity, it just came as a natural progression,” she told POPSUGAR. “I’d go on an editorial or campaign that was featuring a celebrity, they’d like my work and want to use me again. Pretty soon my phone started ringing off the hook with people wanting me to come and do crazy nails for photo shoots.”)

That’s how she met Styles: at a shoot for Gucci more than a year and a half ago. “I’m not too sure what he used to get up to nail-wise before that, but he seems to be more experimental since becoming a solo artist,” she said. “I think all of our styles come into their own as we get older. It’s great to see a young guy express himself through fashion and nails especially. I love that about him — it’s dope.”

This much is true. From floral suits to butterfly clips, Styles is all about self-expression and pushing the boundaries — and it often teeters into beauty territory. “Harry always has a good eye for color, and we tend to gravitate to the same kind of ‘off’ shades,” said Longworth. “We are both obsessed with this one particular mint green [polish] at the moment. That’s his go-to shade. Sometimes we switch it up and do something a bit more classic like reds and blacks if he’s wearing a suit, or something fun for an editorial, like the recent smiley face nail art.”

As for the polish color he goes through the fastest — oh, and the nail art look he tried to re-create himself at home — you’ll have to read Longworth’s behind-the-scenes secrets ahead.