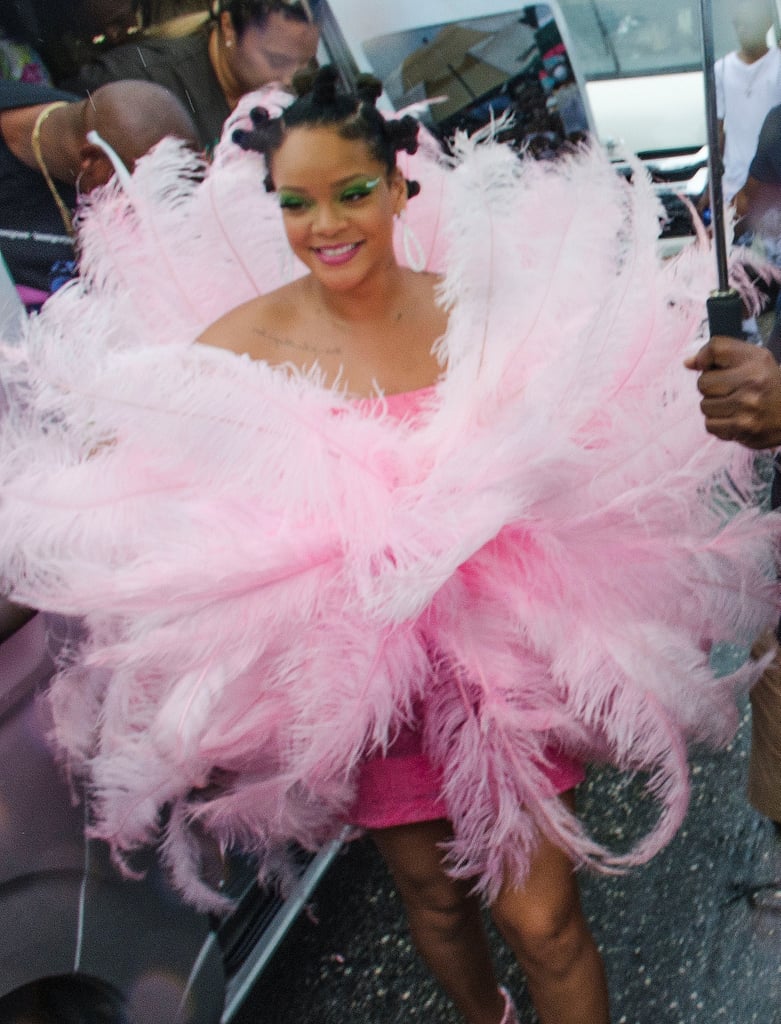 Rihanna just attended the Crop Over Festival in Barbados wearing a load of pink feathers, rhinestones, and bantu knots. The 31-year-old singer attended the island’s Grand Kadooment Day parade to celebrate the traditional harvest in the country.

For the occasion, Rihanna wore her hair in the protective hairstyle, which she’s worn on numerous occasions. The look involves small sections of hair twisted or braided on the head. According to Ebony, the term “Bantu” refers to many ethnic groups in South Africa, and they are also called Zulu knots after the people who originally wore them.

Ahead, check out how Rihanna wore the style.