Woman claims using semen as a face serum gives her a glow – is she right? 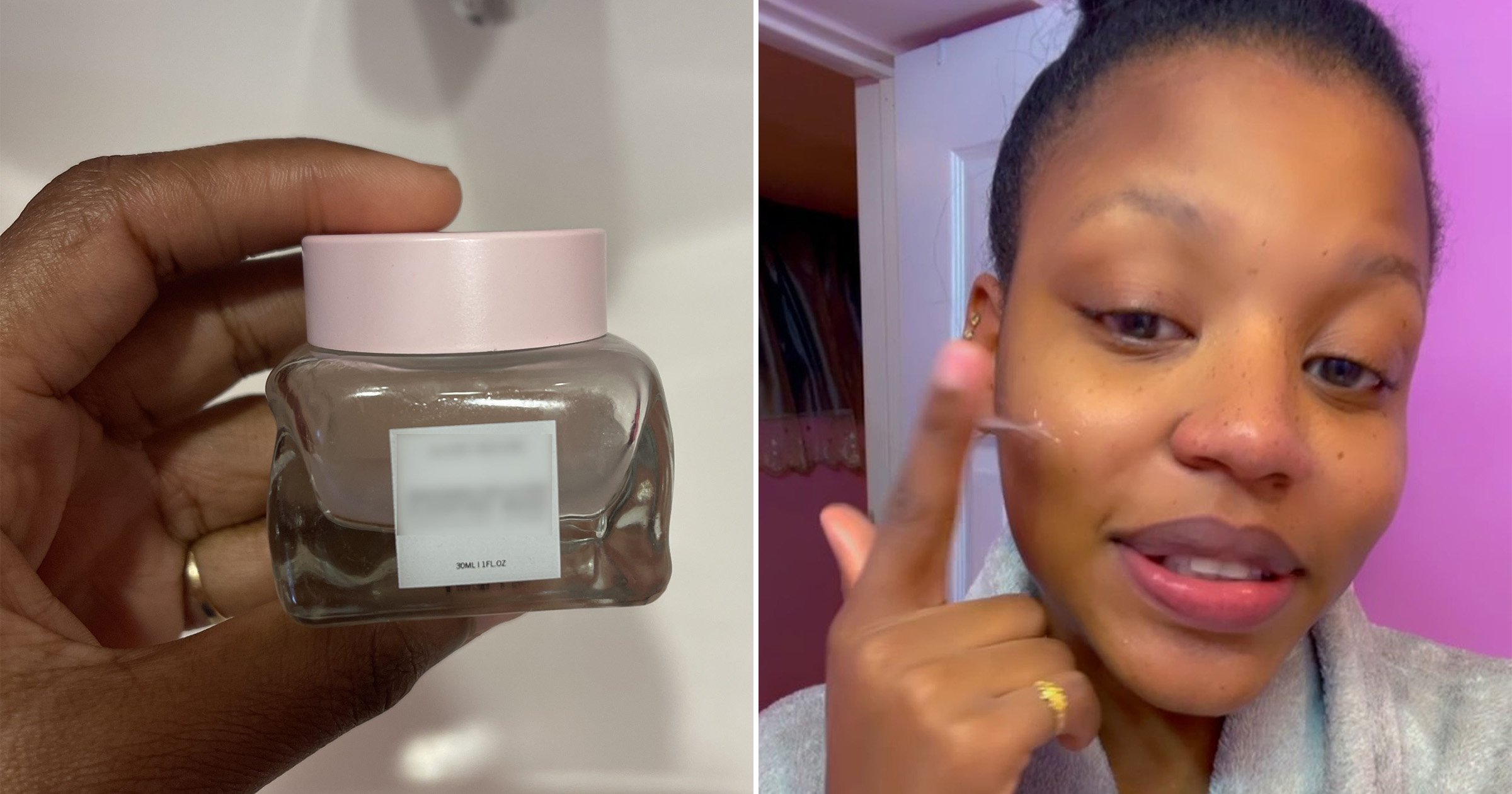 A woman on TikTok claims to have found a more natural alternative to expensive cosmetics… by using a friend’s semen as a face cream.

But before trying it for yourself, we’ve asked some experts to weigh in, to find out whether it’s worth a try (or whether it should be avoided at all costs…).

New Yorker Kelly Zolanski was inspired to use the bodily fluid after seeing a video online about how much ‘nutrients and protein’ it contains.

As a single gal, Kelly didn’t have someone on hand to provide a supply for her, so she asked a friend if he would mind helping her out.

The friend obliged, coming over and ‘depositing’ the semen in a tub for her, so she could keep it in her fridge.

So, how does Kelly use it? And does it actually work?

So far, she has only used the semen for a couple of days – mixing it in with her moisturiser. She has conceded that using the bodily fluid directly goes ‘flaky’ on her skin and so mixing it helps with a smoother application.

Another reason for mixing the semen with moisturiser was because ‘it had a weird smell.’

‘He’s not the healthiest person,’ she adds.

It also makes it go further, as she notes – it’s ‘hard to keep up the supply’ if you’re single.

In the footage, the 26-year-old can be seen tapping her friend’s semen onto her skin, and commenting on its ‘illuminating’ effects.

She says: ‘It’s a cheap, homemade alternative to expensive brands’ and notes that she stores it in her fridge, to keep it fresh.

Rather than leaving it on, Kelly lets the semeb dry, then washes it off.

‘The semen has so many nutrients in it,’ she said. ‘I didn’t really see that much of a difference in my skin because I use skincare products on the regular, but I still wanted to try it.’

She adds that she has had to ask her friend for a further supply, saying: ‘I called my friend and said “listen, I might need some more of this”.’

‘There wasn’t that much but when I mixed it with the stuff, there was enough for two days.’

Kelly is cautiously recommending the product to brighten skin – but fears it could cause a ‘bad reaction’ for some.

But is there any sense in what Kelly is doing?

According to Hollie Simpson, skin specialist and owner of Our Skin Academy, in theory, some of the components of semen can be good for the skin.

‘Semen is made up of water, plasma, mucus and nutrients including calcium, citrate, fructose, glucose, lactic acid, magnesium, potassium, protein and zinc,’ she tells Metro.co.uk.

‘Some of these can be beneficial to the skin, especially zinc, as it is proven to help with oil fluctuations and skin infections.

‘Additionally, lactic acid is a hero ingredient for us skin practitioners, with its exfoliating and humectant properties.

‘It is also debatable that mucus could possibly prevent bacteria and allergens from penetrating the skin’s barrier.’

However, Hollie adds, there is a ‘but’. Despite these components, there isn’t actually any clinical evidence to support the use of semen on our faces.

It also comes with risks of UTIs and STIs that could transfer onto the skin.

Skin specialist Laura-Jo Samuels is very clear that using semen on your skin could cause all sorts of problems. ‘Apart from a general feeling of ickiness, STIs are a potential issue,’ she says.

As well as this, she adds that: ‘Eye infections and skin irritation are both very likely, as is a systemic allergic reaction.’

Additionally, Laura-Jo says that, although semen contains protein and other components that are known to be good for our skin, the quantity and quality will depend on the donor’s diet and general health.

Kelly’s comment about her donor not being ‘healthy’ then, would be a concern.

‘However,’ she adds, ‘it doesn’t contain enough to justify using it from the “source”.

‘Synthetic spermine can also be created in a lab so there’s truly no need for a fresh sample.’

She adds that there aren’t any retail products that contain spermine, but some establishments do offer spermine facials.

Addressing Kelly’s method of mixing semen in to a moisturiser, Laura-Jo advises against this.

As well as the fact that it is usually better to layer skincare products, rather than mix them, she says: ‘Using semen in this way is more likely to damage the efficacy of the moisturiser.’

Hollie is in agreement. ‘My advice would be to stick to skincare that has been formulated specifically for use on the skin, as the ingredients that make up semen are also in lots of other skincare products,’ she says.

Mehmet Göker, Dermatology Specialist at Vera Clinic advises that: ‘The small amount of these ingredients in semen is very unlikely to provide any skincare benefit and hasn’t been widely researched as of yet.

‘Instead of this, I recommend identifying your specific skin type and using a moisturiser that caters for your skin.’

Finally, Laura-Jo says: ‘If you are determined to put secretion on your face, try snail mucin.

‘This is the secretion snails make to protect themselves. It hydrates, promotes collagen stimulation and skin regeneration.

‘It’s loved by K-beauty experts and can be found in a wide range of products online and in local health stores.’

In all honesty, we’re not sure that sounds much more appealing, but very good to know.