10 celebrity couples that got married this year, so far

Kathy Griffin kicked off the new year by tying the knot with Randy Bick in a ceremony that was officiated by Lily Tomlin. 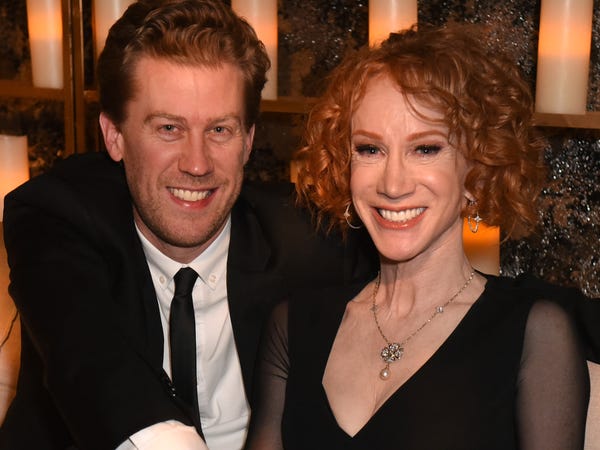 Griffin shared a video of a portion of the surprise event on Twitter, telling followers: "The entire ceremony was just under 14 minutes but I have to give you guys the uncut first 75 seconds. LOVE IT! We promised you atypical. We are in love and we cannot stop laughing. Thank you @LilyTomlin and Jane Wagner [Tomlin's wife]!"

"What was supposed to be a shallow, 'toot it and boot it' one-night stand has grown and flourished into something far more meaningful," Tomlin said while officiating. "They stayed together. Then they couldn't stay away from one another."

During the ceremony, Griffin also wore the exact dress she donned on her first date with Bick, which took place in 2011. The comedian was previously married to Matt Moline from 2001 to 2006. 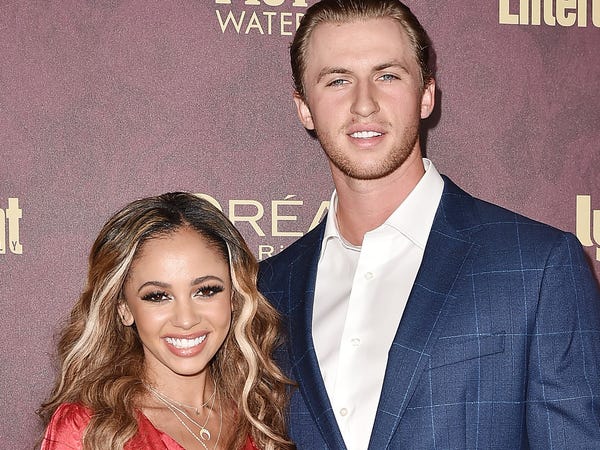 The actress, who stars as Toni Topaz on the CW drama, wed Kopech in Homestead, Florida on January 4, 2020.

"We both knew the first day we met that 'this is it' and I'm so excited that today officially starts our forever," Morgan told "E! News." "Today, I vowed to love my best friend for a lifetime and it was a day spent with those we love in a room filled with endless love. I can't wait to spend the rest of my life with him."

The bride walked down the aisle to Yoke Lore's "Truly Madly Deeply" and wore a beaded dress from Eisen-Stein Bridal. The ceremony was attended by "Riverdale" costars Madelaine Petsch (who plays her on-screen girlfriend and was one of Morgan's bridesmaids), Skeet Ulrich, and Drew Tanner.

Morgan also gave fans a look at her big day by sharing a video on her Instagram. 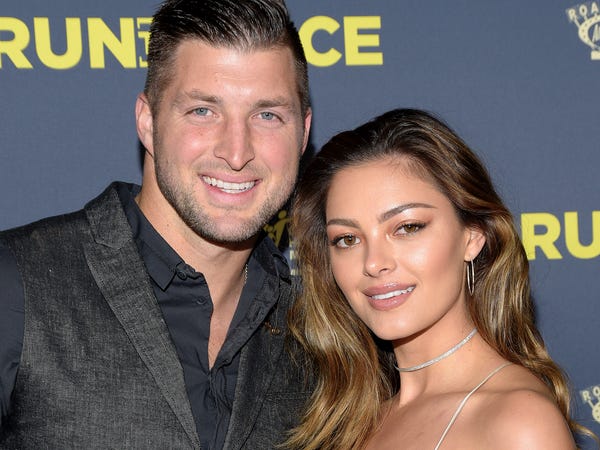 People reported that the couple wed in front of almost 300 guests at La Paris Estate in Cape Town. The publication also reported that Nel-Peters wore a custom-made dress from David's Bridal and the groom's suit was designed by Antar Levar.

Tebow and Nel-Peters met through a Night to Shine, which is sponsored by the Tim Tebow Foundation.

"Her sister has special needs, so we invited them to Night to Shine in South Africa,'' Tebow told Kathie Lee Gifford and Hoda Kotb during an appearance on the "Today" show in 2018. "We kind of met and started talking through that and haven't stopped." 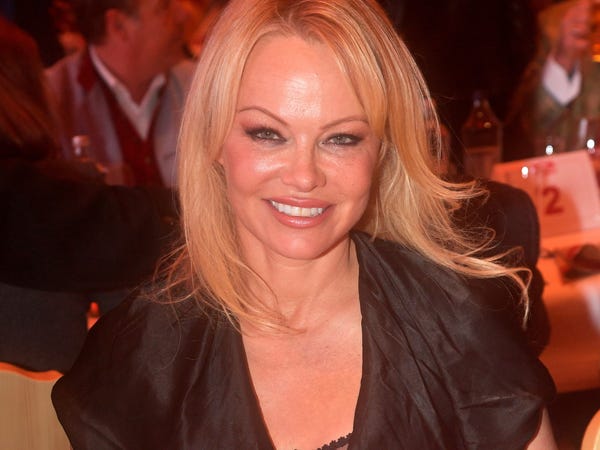 Anderson and Peters, who have known each other for decades, got married in Malibu on January 20. Days later, they ended their relationship.

"I have been moved by the warm reception to Jon and my union," Anderson told The Hollywood Reporter in a statement. "We would be very grateful for your support as we take some time apart to reevaluate what we want from life and from one another.

The "Baywatch" star continued: "Life is a journey and love is a process. With that universal truth in mind, we have mutually decided to put off the formalization of our marriage certificate and put our faith in the process."

Brandon Jenner and Cayley Stoker exchanged vows at a courthouse in January. 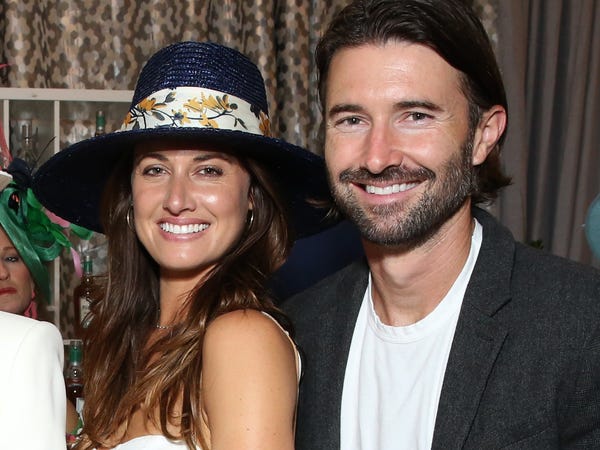 The couple started dating in early 2019, following his split with ex-wife Leah Felder. In August 2019, Jenner and Stoker revealed that they were expecting twins.

Their engagement was revealed on January 25 with a video posted on Instagram and the following day, People shared exclusive photos from their courthouse wedding that actually took place a few days earlier.

"We wed at the Santa Barbara Courthouse on January 21 with my daughter Eva and Cayley's grandmother, Joan, as our witness," Jenner told the publication.

Athletes Kealia Ohai and JJ Watt got married in the Bahamas. 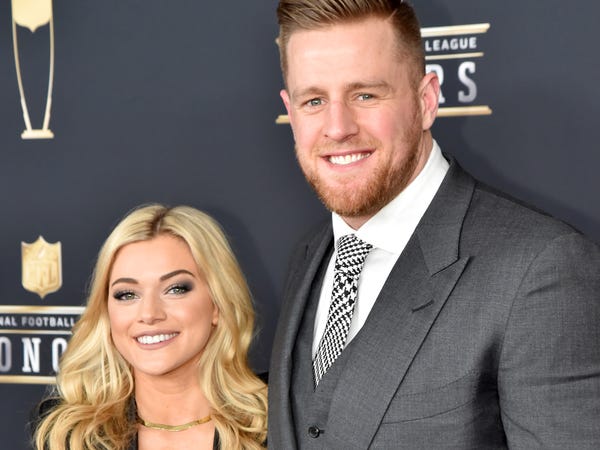 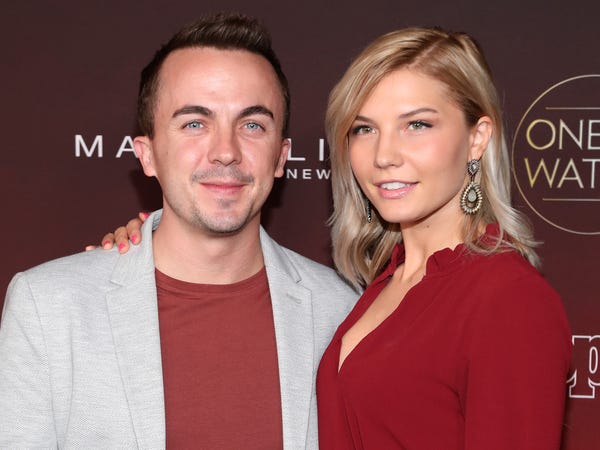 The couple got engaged while at a lantern festival in November 2018. Muniz told People that in 2019, they "hiked up Camelback Mountain at sunset and just got married," but they still wanted a formal wedding ceremony.

The "Malcolm in the Middle" star also said that they planned their wedding, which took place in Phoenix, in 10 days. 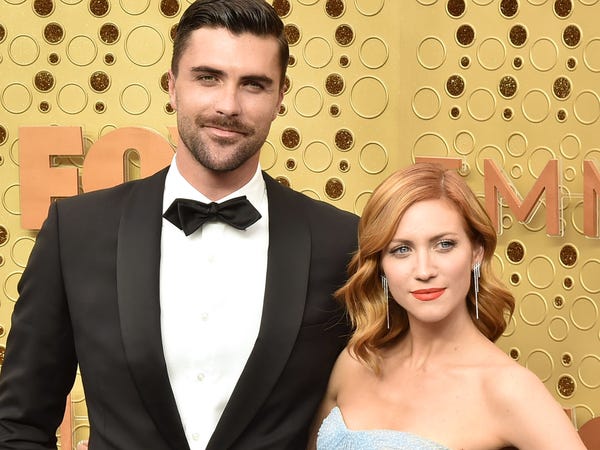 Photos from the big day, shared by People, showed that the bride wore a long-sleeved dress and the groom wore Converse sneakers with his tuxedo. According to "E! News," the nuptials took place at Cielo Farms and their dog was in attendance.

The couple got engaged in early 2019 and Stanaland told The Knot that Snow was his "unattainable crush forever."

"As a man, I used to watch 'Pitch Perfect' with friends and, 'Brittany Snow… One day.' But never thinking it would ever happen," the realtor said. 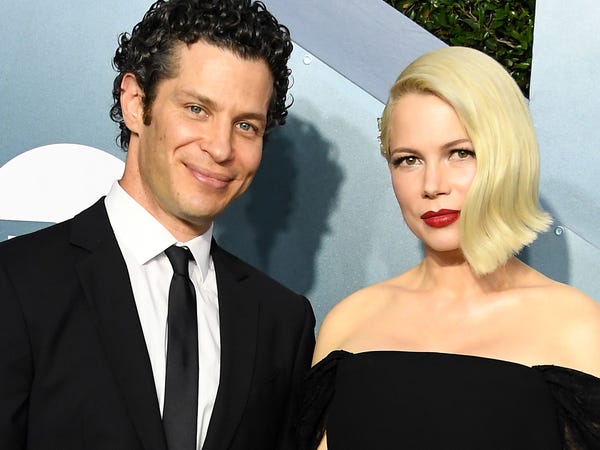 Williams starred on FX's "Fosse/Verdon," which Kail directed five episodes of. The actress is famously tight-lipped about her personal life and according to Us Weekly, she quietly married Kail. Williams is also reportedly expecting her first child with Kail, though neither star has confirmed the news.

She was previously married to musician Phil Elverum. She also has a daughter named Matilda with late actor Heath Ledger. Kail was previously in a relationship with Angela Christian. 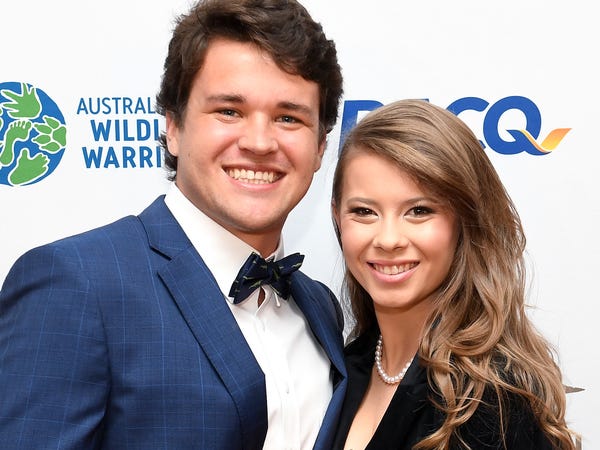 Irwin wore a white gown with long lace sleeves and a tulle skirt while Powell was dressed in a light blue shirt and khaki pants.

"There are no words to describe the amount of love and light in my heart right now," Irwin captioned a photo of the couple on their wedding day.

She also revealed that they planned their nuptials for almost a year, but changed their plans due to the spread of the coronavirus. Specifically, they couldn't include guests at their wedding.

"Today we celebrated life and reveled in every beautiful moment we shared together in our Australia Zoo gardens," Irwin wrote.

The bride was escorted down the aisle by younger brother Robert Irwin and they lit a candle in honor of their late father, Steve Irwin.