10 ‘Haunting Of Bly Manor’ Quotes That’ll Give You Chills

In the same way The Haunting of Hill House managed to mix scary ghosts with a heartfelt family drama, The Haunting of Bly Manor was a love story at its core, with a few ghostly twists thrown in. One of the main reasons the season was able to mix such different genres so well was the hauntingly dramatic dialogue, which managed to strike a delicate balance between dark and romantic. Fans probably already have some favorite lines they won’t forget, and these Haunting of Bly Manor quotes highlight some of the best pieces of writing from the series.

Bly Manor is all about the lives of the various domestic workers, past and present, who helped raise the orphaned Miles and Flora around the time of their parents’ deaths. The group seems to be a big, happy family at first, but viewers quickly learn there are hidden love stories just waiting to unfold between different characters… Oh, and the mansion is haunted by a ton of ghosts. As everyone deals with the complexities of life, death, and love, they deliver some truly memorable lines about these heavy topics. If you’re getting tired of repeating Flora’s favorite phrase "perfectly splendid" over and over, then reminisce on some of the most poignant lines to come from Bly Manor. (Warning: Spoilers follow.) 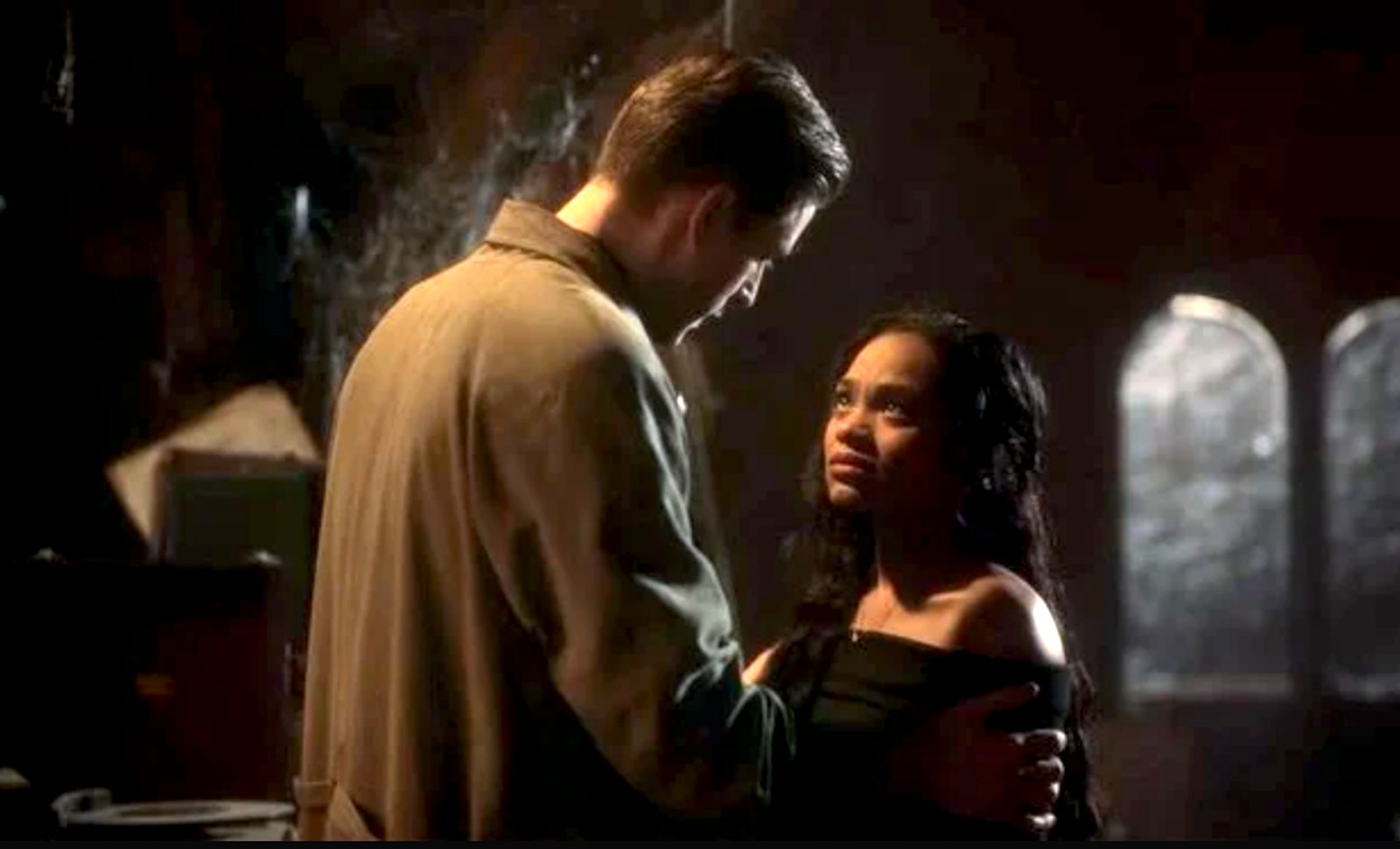 One of the most repeated lines throughout the season, this short three-part mantra is basically an incantation that allows ghosts to possess the living. It winds up being Dani’s saving grace in the end, and it also underlines how important the concept of two becoming one is to the story.

2. "To truly love another person is to accept the work of loving them is worth the pain of losing them." – Older Owen

The show’s central thesis is stated very early on, and by a character who fans don’t really know until the very end. During the rehearsal dinner, just before the narrator is about to launch into the story of Bly Manor, an unnamed wedding guest waxes poetic about what it means to truly love someone. By the season finale, viewers learn the man is an older version of Owen, and that he very well could be talking about Hannah.

3. "Do we realize when we’re in the glue? When the water around us is boiling? Or do we sit there, saying ‘This will be OK?’" – Owen

Owen has this morbid thought when contemplating his life in Bly, but it has a much deeper meaning for the person he says it to: Hannah. The gruesome image is meant to signal to Hannah that she is in denial over her death.

Another line that is repeated often throughout the series, Flora and Miles’ mantra also carries a much deeper meaning than just the obvious allusion to all the ghosts in Bly Manor. The brief phrase also brings in the importance of memory, and how love can overcome death.

5. "You know what life is really all about, Miles? Keys. See, people are like locked rooms. They’ve all got different locks and you’ve got to guess the shape of their key." – Peter

Peter explains his way of life to Miles pretty bluntly. Ever the charmer, Peter is confident he can manipulate anyone as long as he figures out the one thing that makes them tick.

6. "People do, don’t they? Mix up love and possession. I don’t think that should be possible. They’re opposites really: love and ownership." – Dani

After hearing the story of Peter and Rebecca, Dani muses about the opposing forces of love and possession, which seem to come together a lot more often than they should. Of course, the quote also has a much more literal interpretation when viewers find out Peter and Rebecca plan to actually possess Miles and Flora to make their escape from the manor.

7. "We can’t count on the past. We think we have it trapped in our memories, but memories fade and they’re wrong. Any of us could die at any moment, or we could forget our entire lives, which is kind of like dying." – Hannah 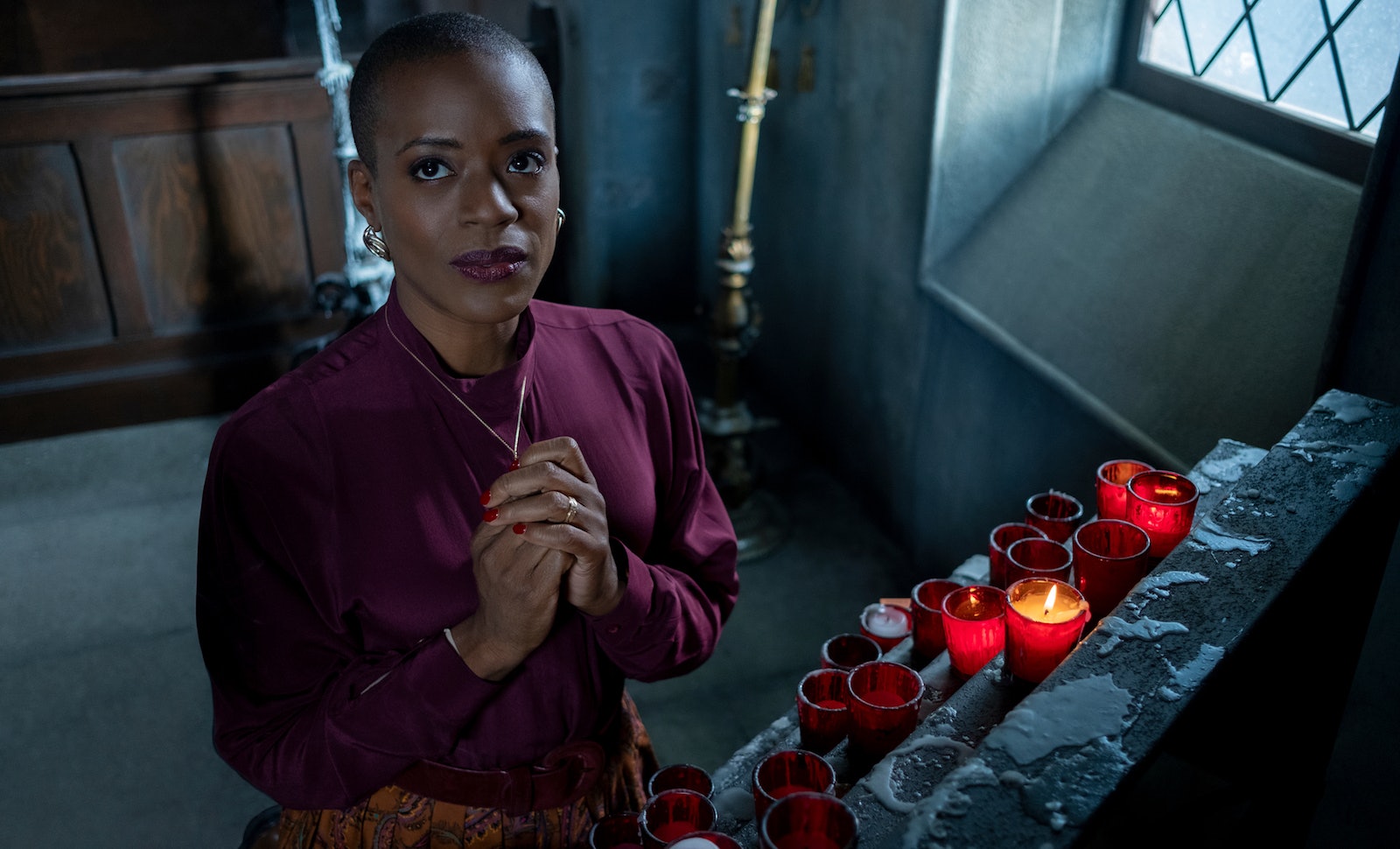 Hannah is easily one of the most complex characters in Bly Manor, and the episode centered on her jumps through various memories before she is forced to realize she had died. She sums up the moral of her storyline by reflecting on how important memories are to a person’s survival.

Jamie and Dani’s love story had a tragic timestamp on it from the start due to the Lady In The Lake possessing Dani, but that didn’t stop them from living out years of happiness together. Although Dani had to leave her love in the end, Jamie rationalized that they got just as much of a shot at love as anyone else.

9. "She was my anchor. And then I suppose she was my burden. She seemed so small at the end, and so heavy." – Owen

Owen’s relationship with his mother is incredibly complicated — he was happy to move home to take care of her when she got sick, but her illness also made him feel stuck in Bly. Upon her death, Owen reflected on his conflicting feelings about his mother, the woman he loved who also cost him so much.

10. "There’s a difference between feeling good and feeling alive. The two aren’t always the same." – Hannah

When Rebecca justifies her secret relationship with Peter to Hannah by saying he makes her feel "so alive," Hannah is quick to point out that’s not the same as feeling good. Of course, the line is also a wink to viewers that Hannah herself is not alive.

These are just some of the standout quotes from The Haunting of Bly Manor. The show is filled with meaningful lines that range from chillingly creepy to heartwarmingly touching, so you’re sure to find several moments that speak to you when watching it.

The Haunting of Bly Manor is on Netflix now.