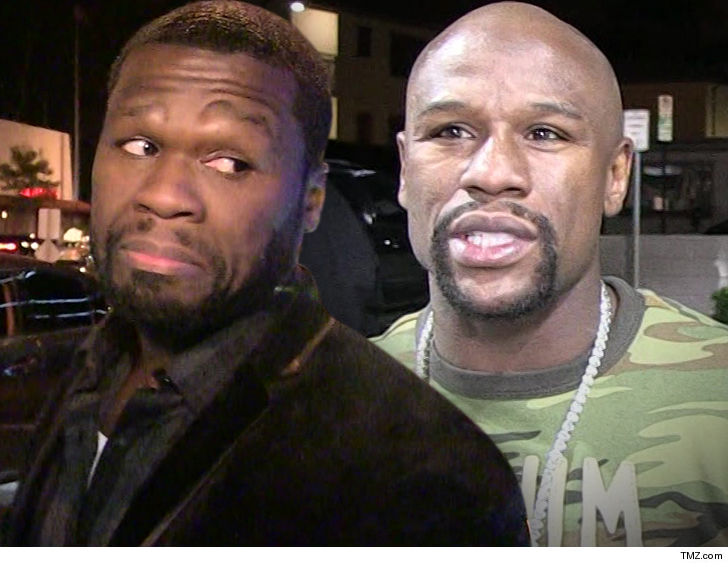 It was just a matter of time but 50 Cent is now mocking Floyd Mayweather for pulling out of the New Year’s Eve fight with Tenshin Nasukawa he had just announced on Sunday.

“Ok cool they tricked him,” 50 said … “Was trying to kick him in the head and sh*t. He fell for it because its time to get some money.”

Remember, Floyd pulled out on Wednesday, saying he never agreed to an official bout — just a 3 round exhibition — and only participated in the press conference because he didn’t want to “create a disturbance.”

But, 50 implied that Floyd only took the fight because he ain’t as wealthy as he leads on — saying, “The money low.”

50 then mocked Floyd for the way the head of “The Money Team” handled this deal from the beginning.

“The biggest fighter in the world don’t announce a fight with out a contract. He did a press conference … now he saying there was no deal. LOL.”

50 has since deleted the IG post … but he’s just saying what everyone else is thinking — how does the most powerful athlete on the planet get duped in such a massive and embarrassing way??

The whole thing is weird.

50 had ripped Floyd earlier in the week too — saying Floyd’s opponent is more of an “Uber driver” than a real contender.