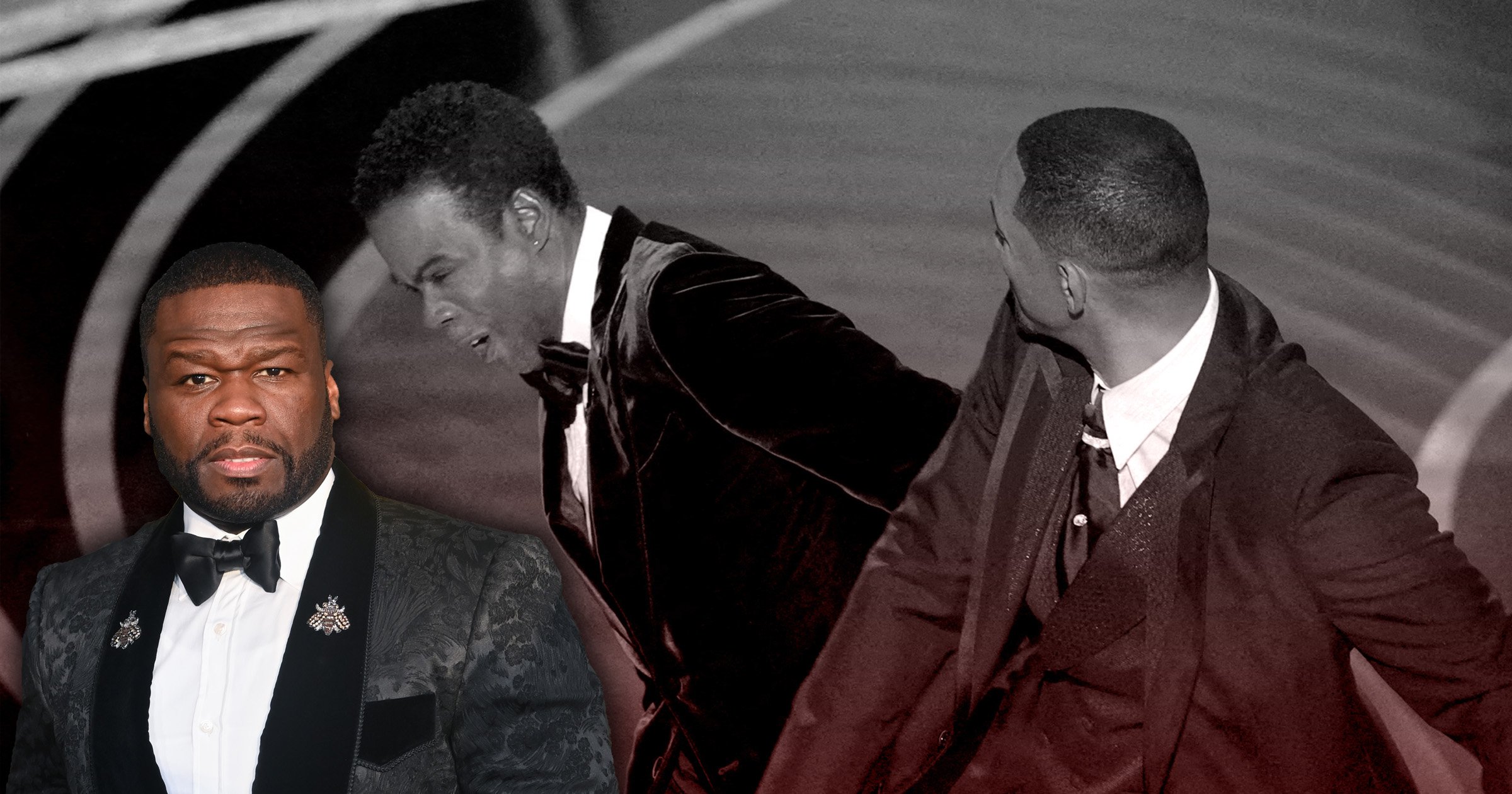 50 Cent has weighed in again on the continuing fallout from Will Smith slapping Chris Rock at the 2022 Oscars, branding it ‘the most expensive slap you ever seen in your life’.

This follows reports that comedian Rock apparently won’t talk about it until he gets paid to do so.

As the world knows by now – unless you’ve been living under a rock – moments before he became a best actor Oscar winner at the end of March, Smith stormed the stage to smack host Rock after he made a GI Jane quip about Smith’s wife Jada Pinkett Smith’s hair.

It was alleged that Rock was unaware her shaved head was due to the medical condition alopecia, which causes hair loss.

Since the slap, Smith has resigned from his membership of the Academy.

However, the awards body also meted out its own punishment for the star, banning him from the Oscars and any other Academy events for the next 10 years – although he will be able to keep his Oscar for his performance in King Richard.

Rapper 50 Cent, real name Curtis Jackson, originally reacted to the news of Smith’s ban on Twitter, branding it ‘too harsh’.

‘Got Damn they doing Will dirty, This is too harsh so he cant come back till he 63 years old. And the law suit ain’t even hit yet. SMH.’

Now he’s commented on reports from one of Rock’s stand-up shows that the comic won’t be talking about the incident – for which many praised his composure in the aftermath, as well as his decision not to press charges – until he is paid.

Sharing an article on the story on Instagram, the 46-year-old Power star wrote: ‘😆This is about to be the most expensive slap you ever seen in your life.’

He added: ‘@chrisrock did the right thing not bringing law enforcement into it.’

According to local outlet Desert Sun, the comedian told audiences in Coachella Valley on Friday: ‘I’m OK, I have a whole show and I’m not talking about that until I get paid.’

The Madagascar star then joked that he finally ‘got my hearing back’ after the slap, before moving on to his normal routine.

Ticket sales for Rock’s Ego Death world tour have reportedly spiked since the now-infamous Oscars event, although it hasn’t stopped the odd heckle, which the Saturday Night Live alumnus swiftly shut down.