6 things to know about Tayshia Adams, our new Bachelorette 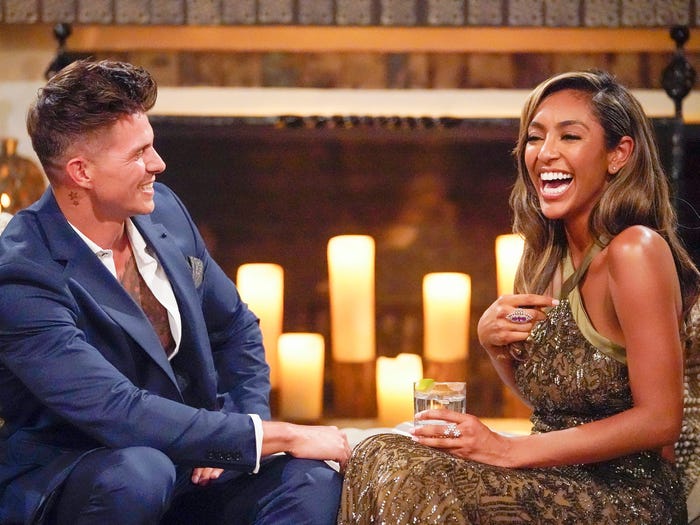 Ever since it was first reported over the summer that Clare Crawley had exited "The Bachelorette" and that Tayshia Adams would be taking over as the franchise's newest lead, fans have been clamoring to see her get her chance at love.

Finally, during the fourth episode of the season, Tayshia stepped out of the limo and talked to Chris Harrison, but she didn't actually meet the guys. During tonight's episode, she'll meet the men and begin making connections.

If you've never tuned in before, or need a quick refresher, here are six things you need to know about Tayshia.

Tayshia used to be a phlebotomist and is from SoCal. Now, she's more interested in interior design. 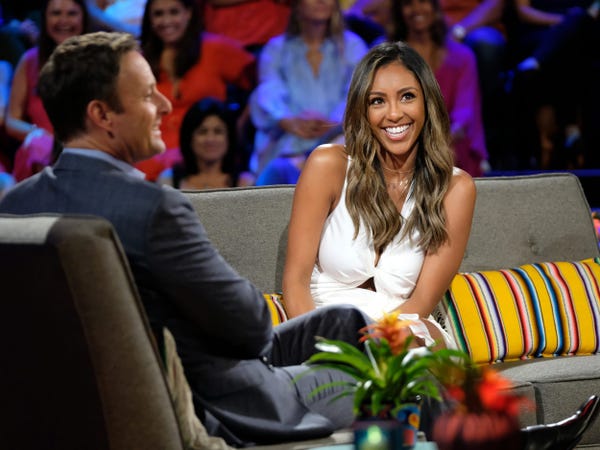 According to her past cast bio, the 30-year-old is a "Southern California girl" and is "definitely not the squeamish type — she draws blood for a living! When she's not filling up vials for her patients, she volunteers at her church and goes wine tasting."

However, she told Vulture in 2019, "I'm not practicing phlebotomy anymore. I don't know if I'll go back into medicine. As much as I love it and went to school for it, my passion has always been in real estate, development, interior design, and architecture. I think I'm going to gravitate towards that. I'm currently working at an interior design firm, and I hope this blossoms and opens doors for my career." 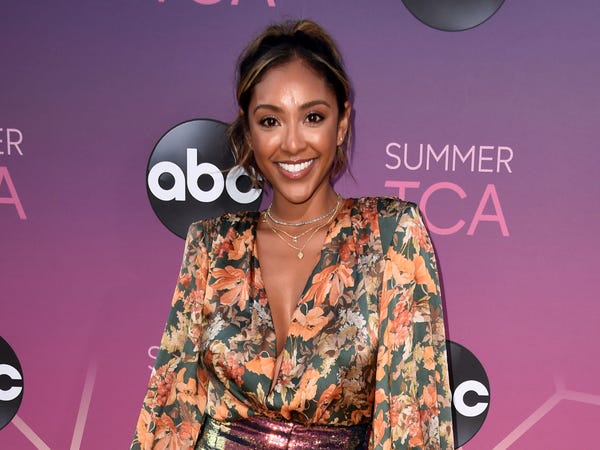 Adams revealed she had been divorced when she was a contestant on Colton Underwood's season — as such, she's the first divorced lead in the show's history.

"This past year and a half has been kind of hard for me and it's actually because I was married, and I got divorced," she said during the show. "I actually married my first boyfriend and I was with him for about six years or so."

They were only married for just over a year, according to Life and Style. 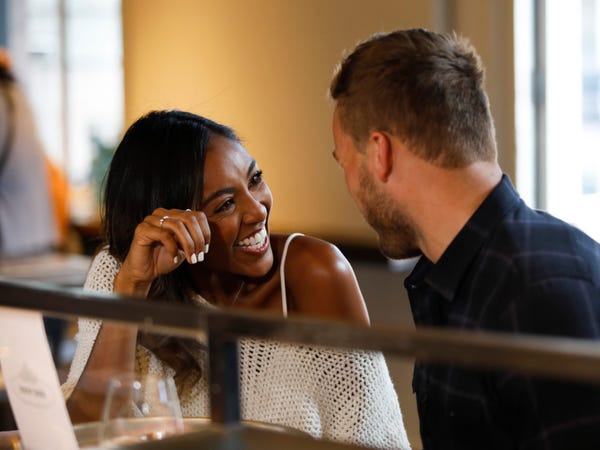 Tayshia made it all the way to the final three on Colton's season, solidifying herself as a fan-favorite, and the most mature of Colton's final three contestants (the other two being Cassie and Hannah G.).

As Colton had already decided he was going to choose Cassie, he broke up with Tayshia before she even got a Fantasy Suite.

She was in a love triangle on "BIP" between Derek Peth and John Paul Jones, eventually picking JPJ. 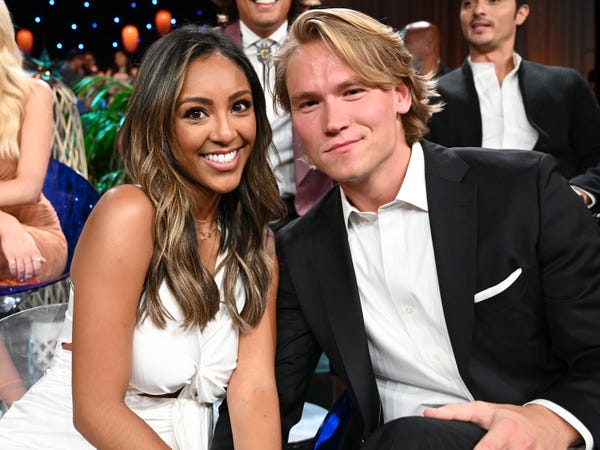 During the season, Tayshia was one of the most popular contestants on the beach, and was caught in a triangle between Derek (a contestant from JoJo's season who had already been dumped by Demi) and JPJ (from Hannah B.'s season). She eventually picked JPJ, and showed off a sillier, funnier side to her that viewers didn't see on Colton's season.

As the season ended, Tayshia and JPJ broke things off, but Tayshia traveled to Maryland after filming ended to try and work things out. They dated for a couple of months, but broke things off for good relatively quickly. 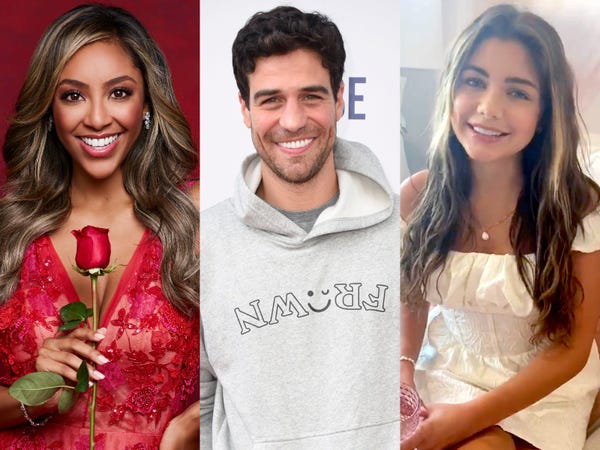 While "Bachelor Happy Hour" is dedicated to "Bachelor" news and interviews with former contestants and famous fans of the show, "Click Bait" is, according to the show's website, "The juiciest news, the hottest gossip, and the real story of what it means to live in the spotlight."

The hosts "dissect the wildest, most ridiculous and bizarre headlines of the week in pop culture, breaking down all the clickbait so you don't have to." 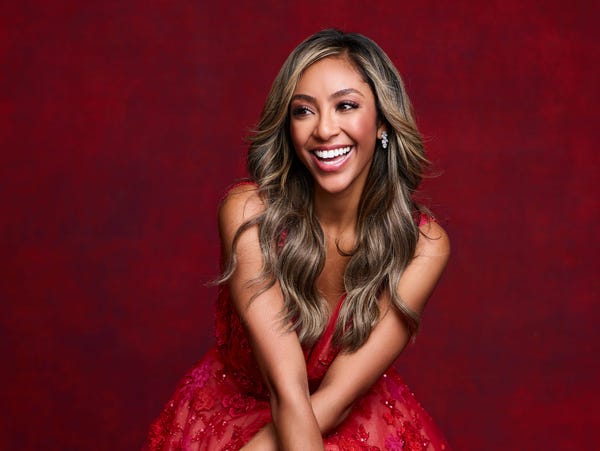 After a push for diversity in the franchise this summer, ABC chose Matt James as the next Bachelor, the first Black lead in that show's history. Soon after, Tayshia was chosen to replace Clare Crawley (who left to be with Dale Moss, the show's first Black "winner"). This makes Tayshia the second Black lead in "Bachelorette" history after Rachel, who made history as Bachelor Nation's first Black lead overall.