He’s friendly with his exes too! Alex Rodriguez spent time reconnecting with his ex-wife, Cynthia Scurtis, as Jennifer Lopez moves on in the wake of their split.

Jennifer Lopez’s Dating History: A Timeline of Her Famous Relationships

The former New York Yankees player, 45, was joined by Scurtis, 48, during a workout on Saturday, June 12, and shared snaps of the sweat sesh on his Instagram Story. “Cynthia is a world class mommy to our girls … wrapping ice though?!?!?! LOL,” he joked alongside footage of the Florida native helping him ice his leg at the gym. 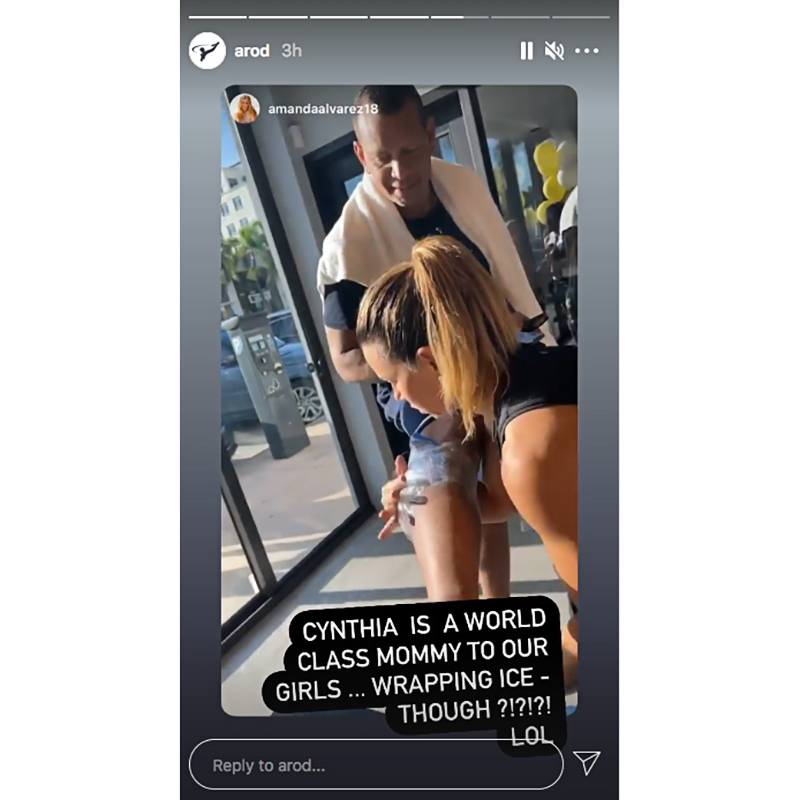 In another pic, Rodriguez smiled as he wrapped his arm around his former spouse’s shoulders, posing for a selfie with another gym goer.

The duo tied the knot in 2002 and later welcomed daughters Natasha, now 16, and Ella, now 13. Scurtis filed for divorce in July 2008 and the pair reached a settlement two months later.

Rodriguez’s workout with his ex-wife comes two months after he ended his two-year engagement to Lopez, 51. The former fiancés announced their split in a joint statement to Today in April, admitting that they’re “better as friends.” An insider told Us Weekly at the time that the ex-MLB star was “willing to do anything to make it work” with the Hustlers actress and didn’t want to “give up” on their relationship yet. 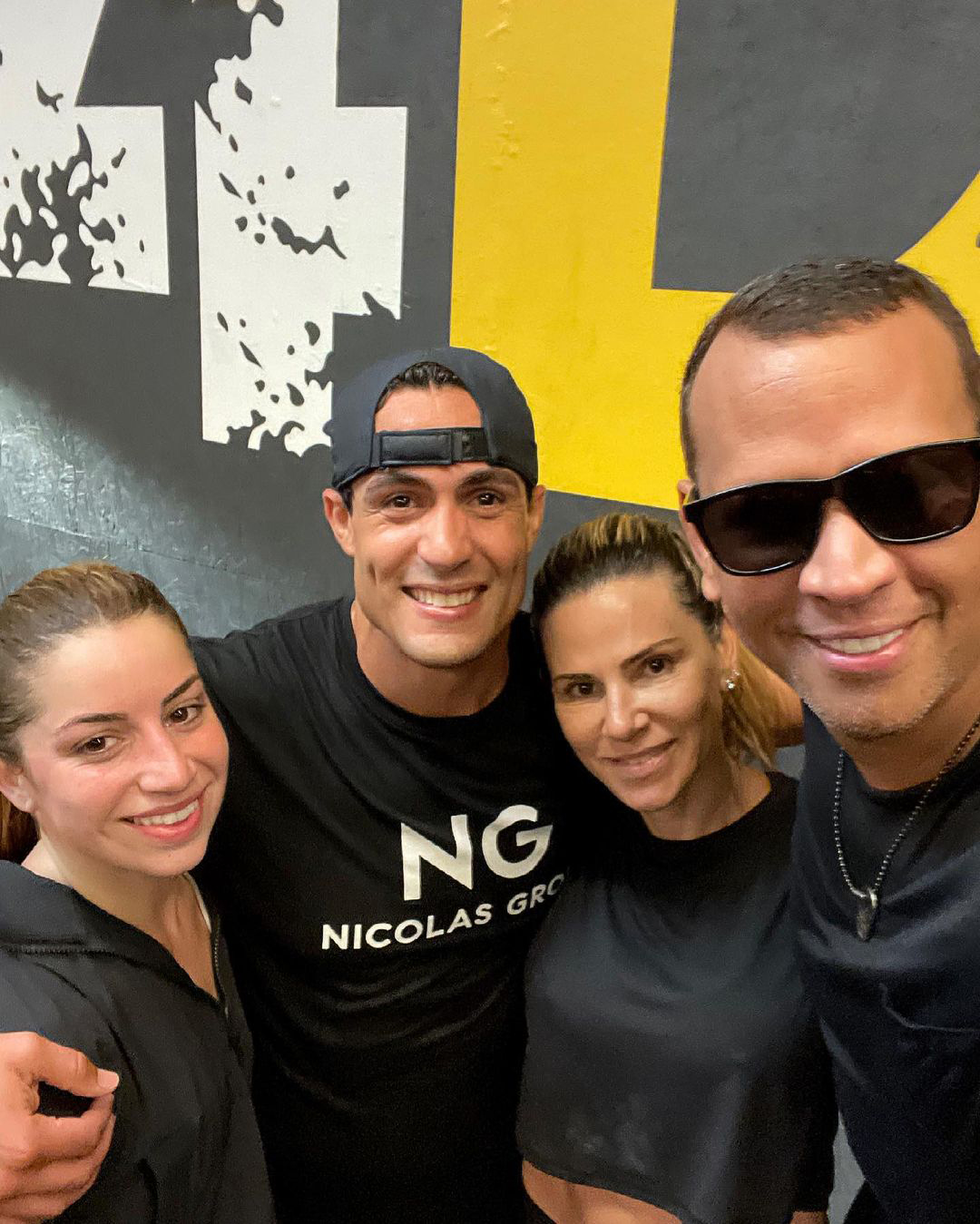 Later that month, however, Lopez made it clear that she was ready to start a new chapter when she was spotted reuniting with Ben Affleck in Los Angeles. Us exclusively confirmed in May that the duo, who were previously engaged from 2002 to 2004, are “full-on dating” and “very happy” with the way things are going.

Celebrity Exes Who Are Crushing Coparenting

“The old flame is absolutely rekindled,” a source said at the time after the pair were caught packing on the PDA in Miami. “They picked up where they left off in terms of affection for each other.”

Seeing the “Get Right” singer move on so quickly “really hurt” Rodriguez, a second source revealed. “There’s a part of him that still clings onto the hope that they’ll wind up together again but deep down he’s had to accept the harsh truth that she’s over him and moving on with Ben. It’s a tough pill to swallow but that’s his new reality.”

Look Back at J.Lo and A-Rod’s Chic Couple Style Pre-Split

As he continues to heal from the breakup, Rodriguez is soaking up the extra time with his daughters and enjoying the little things. In a cryptic Instagram Story, the retired athlete hinted that he was ready to put the drama behind him.

“New levels are unlocking for me mentally, physically and spiritually,” he wrote in May. “I am remaining patient and know that this new phase of my life is coming.”