Aaron Rodgers And Danica Patrick Break Up After 2 Years 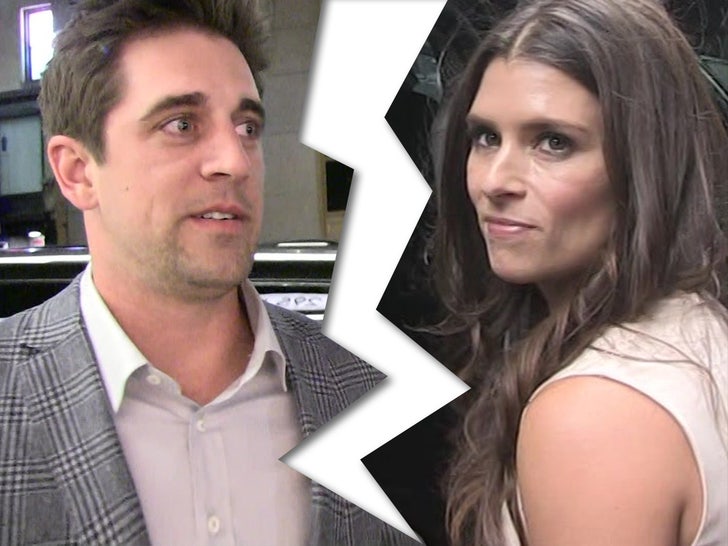 2:16 PM PT — It’s official — Aaron Rodgers and Danica Patrick are “no longer together,” the driver’s rep confirmed with E! News.

Danica Patrick has unfollowed Aaron Rodgers on Instagram … and we all know what that means — BREAK UP?!!?!?!

Seems the couple has called it quits after two years of dating — shocking considering they were publicly trading “I love yous” … and had even shacked up together at a recently purchased $28 MILLION mansion in Malibu.

In fact, it was just back in December when Danica posted a super mushy birthday message for Aaron on IG — saying, “Happy birthday to my best friend and favorite person in the world. You are the one I want to tell my best and worst days to first.”

She also dropped an “L-Bomb.”

“This journey we are on…. it’s a really really good one. I love you. Happiest of birthdays yet!!!!!!”

Before that, Jenny McCarthy asked Danica on her SiriusXM show back in November about a possible wedding at some point — and while DP admitted she WANTED to get engaged, she wasn’t trying to rush it.

The Green Bay Packers superstar and ex-NASCAR driver started dating back in 2018 … after initially meeting at the 2012 ESPYs.

We’ve reached out to reps from both camps — but so far, radio silence. Seems no one’s ready to talk yet.

Patrick previously dated race car driver Ricky Stenhouse Jr. — but they broke up in 2017. Danica had said she was ready to get engaged — but Stenhouse refused to pull the trigger and that was that.

Rodgers previously dated Olivia Munn but they split in 2017.