ADRIAN THRILLS: Get ready for a summer of parties. Festivals are back!

ADRIAN THRILLS: Get ready for a summer of parties. Yes, the festival is back!

After two years of lockdown restrictions, the UK’s festival scene is once again firing on all cylinders. From big-name spectaculars to the smaller, bespoke events, this summer’s calendar has something for everyone.

After a Government-sanctioned test event last June, the festival that cranks the volume up to 11 returns to full capacity for the first time in three years.

It’s back with a bang, too, with Kiss playing the only UK show of their farewell tour and Iron Maiden topping the bill on Saturday.

The Darkness, Skindred and Sunday headliners Biffy Clyro also appear at a hard-rocking party that’s guaranteed to get this summer’s open-air season off to a noisy start. 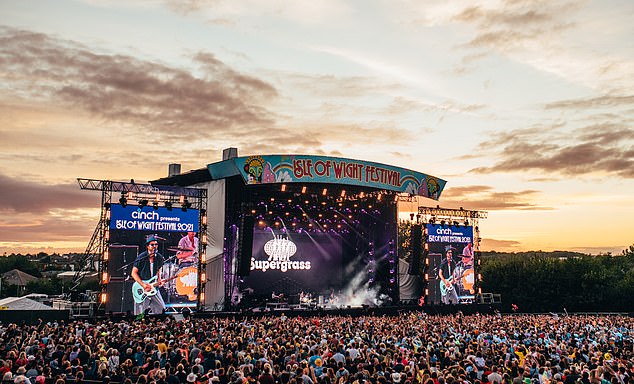 The Isle of Wight festival became known as the ‘English Woodstock’ after Bob Dylan, The Who, Jimi Hendrix and The Doors played its opening soirees in 1969 and 1970

Staged against the backdrop of Henry VIII’s Tudor home, this boutique event offers plenty of variety with a series of stand-alone, outdoor concerts.

With bars in the surrounding gardens, the 3,000-capacity shows kick off on June 9 with UB40, featuring singer Ali Campbell.

Among this year’s other treats are Elbow, George Benson, The Human League, Jack Savoretti and country star Kacey Musgraves. Crowded House bring down the curtain on June 25.

It became known as the ‘English Woodstock’ after Bob Dylan, The Who, Jimi Hendrix and The Doors played its opening soirees in 1969 and 1970, but the former enfant terrible of UK festivals has settled into middle-aged respectability.

TRACK OF THE WEEK

ACTIN’ UP by MIRANDA LAMBERT

‘Even Tiger Woods couldn’t swing it this good,’ sings Texan cowgirl Miranda Lambert on this warm-up for her forthcoming album, Palomino.

As usual, her tongue is firmly in her cheek on a track closer to desert funk than traditional country.

After sitting out its 50th birthday in 2020, and falling by the wayside again last year, the jewel in the UK’s festival crown returns.

With the strongest back catalogue in pop, Sir Paul McCartney will be hoping to repeat his triumphant 2004 appearance, while rapper Kendrick Lamar and Billie Eilish headline for the first time.

Haim, Lorde, Noel Gallagher and the Pet Shop Boys are also on the bill, with Diana Ross taking the Sunday teatime ‘legends’ slot. If the rain holds off, it should be memorable.

Now a fixture in London’s music calendar, BST is seen as an event for those who crave the festival experience but baulk at muddy boots.

With its giant video screens and premium VIP tickets, it’s closer to a big stadium show, but this year’s season of stand-alone concerts is mighty impressive.

Elton John, the Eagles, Adele, Pearl Jam and Duran Duran all headline, while the Rolling Stones return (on June 25 and July 3) for the first time since 2013. 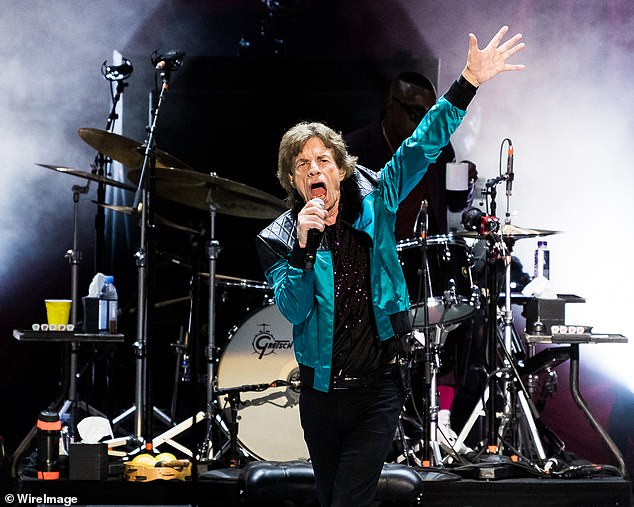 The Rolling Stones are one of the big names at British Summer Time this year, returning for the first time since 2013 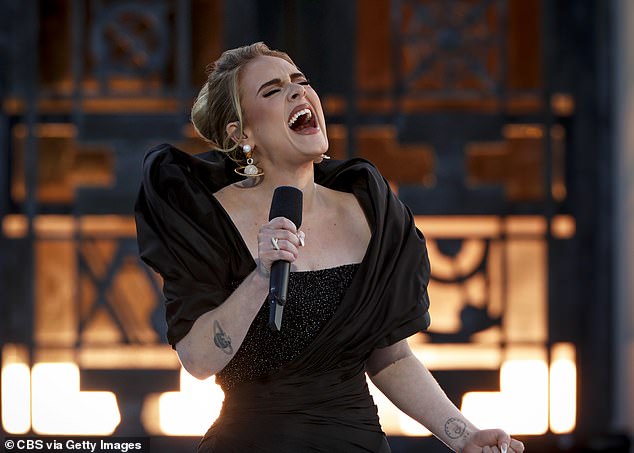 Adele, Elton John, the Eagles, Pearl Jam and Duran Duran will also be headlining at British Summer Time this year

Launched in 2013 and named after a classic John Coltrane album, Love Supreme is Europe’s biggest outdoor jazz festival — and this year’s line-up shows why.

Gregory Porter, who also curates this month’s Cheltenham Jazz Festival, headlines alongside nu-soul queen Erykah Badu. Candi Staton and Sister Sledge add funky, disco-era glitz, and there are relaxing walks across the South Downs for those who fancy a break from the dance floor.

Despite its silly aversion to vowels, TRNSMT (pronounced ‘transmit’) has assumed the place that T In The Park once occupied in Scotland’s music calendar.

With its city centre location, close to the banks of the River Clyde, it feels like a more raucous version of London’s BST.

It also has a strong local flavour, with Lewis Capaldi, The Snuts and Nina Nesbitt all on the bill. The Strokes, Wolf Alice and Ella Henderson also appear. 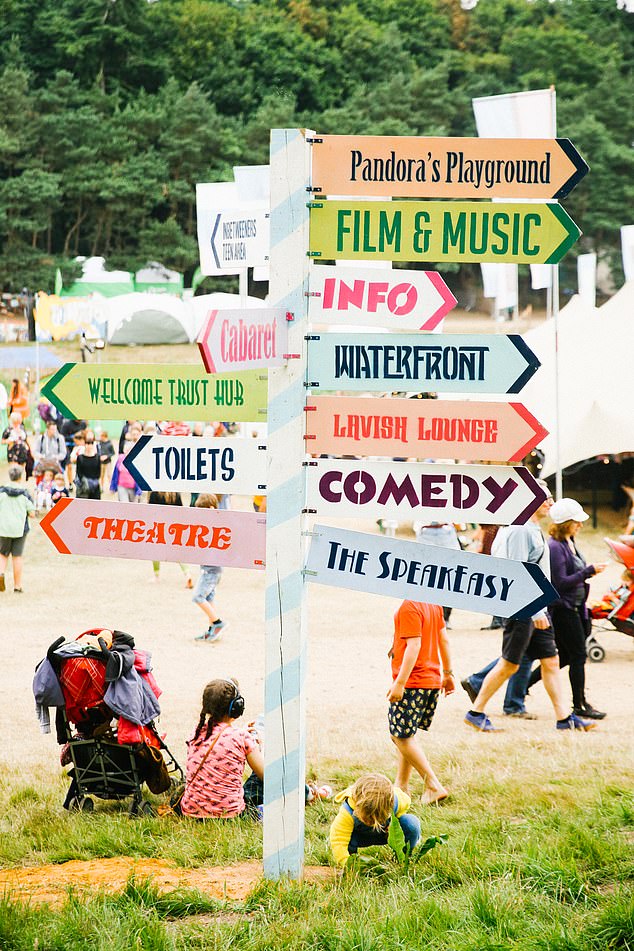 Known affectionately as ‘Latte-tude’, this most middle-class of festivals returns with an eclectic music, comedy and theatre line-up

Known affectionately as ‘Latte-tude’, this most middle-class of festivals returns with an eclectic music, comedy and theatre line-up.

A four-day gem in the picturesque heart of the Lake District, Kendal Calling celebrates its 15th staging with a quality mix of rock, pop and dance.

Headliners Bastille, Stereophonics, Supergrass and Hacienda Classical are joined by Craig David, The Wombats, Tom Grennan and Gabrielle. Faithless play a DJ set, while Sophie Ellis-Bextor, a musical star of lockdown, brings her kitchen disco to the stage. 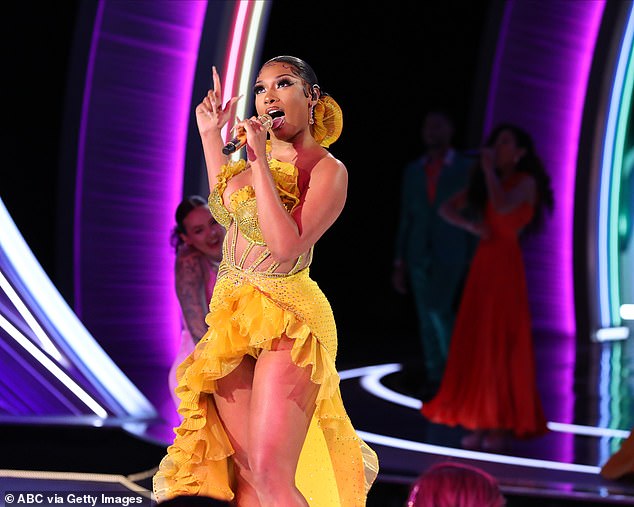 Held over two weekends, All Points East was another of the festivals to sneak in an appearance, between lockdowns, last year.

It returns this summer with a line-up of stand-alone gigs aimed at lovers of fashionable indie and alternative rock.

Gorillaz get the ball rolling on August 19, while Tame Impala, Michael Kiwanuka and Nick Cave all play. The event has also absorbed the electronic Field Day festival, with The Chemical Brothers and Kraftwerk performing on August 20.

Overlooking The Solent, Portsmouth’s well-established Victorious Festival has put together another first-rate bill. The onus is on indie-rock with a side dish of dance and pop.

The Stereophonics, Paolo Nutini and Sam Fender all headline, with James, Suede and the Sugababes also on the bill. Anne-Marie plays on Sunday, with Masked Singer host Joel Dommett headlining the comedy line-up.

Parents should brace themselves for lost phones and beer-stained revellers as thousands of the nation’s teenagers digest their GCSE and A-level results at the traditional late- summer wingding.

A music first festival, with the foodie and wellness elements taking a back seat, this year’s line-up includes six headliners: Dave, Arctic Monkeys, Rage Against The Machine, Megan Thee Stallion, Bring Me The Horizon and Halsey. Friday and Saturday tickets for Leeds are still available.