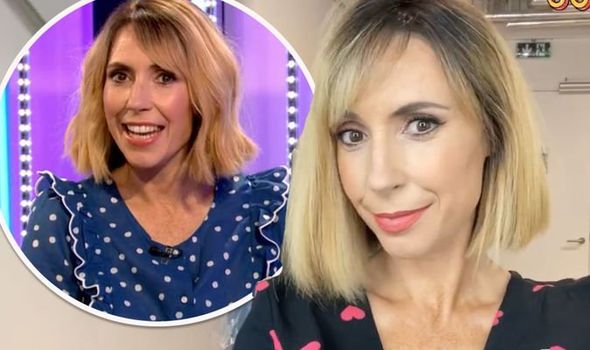 TV star Alex Jones, 43, headed out for a run this morning in a bid to keep fit and healthy.The One Show presenter took to Instagram to ask her followers a question during a quick pit stop while out on her jog.

The mum-of-two, who shares two sons – Teddy, three, and Kit, one, with her husband Charlie Thomson, stopped at a coffee shop to refuel during her morning outing.

Alex opted for an iced-coffee during her break from running and snapped a picture of her refreshing beverage sitting on a table in the sunshine.

She shared the image of her drink with her 256,000 followers shortly after.

“Is it cheating if you go out for a run and stop half way for one of these?” the presenter asked fans in the caption of her post. 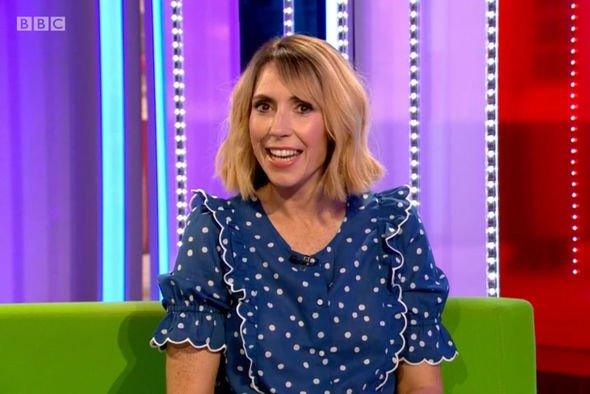 Alex was most likely wondering about the health benefits of her chosen cold drink.

Although an iced coffee is normally high in calories and sugar, some might argue that it can kick start the metabolism.

Cold brew coffee contains caffeine which is thought to boost the metabolic rate and increase how quickly the body burns fat.

Caffeine can also give an energy boost, useful when exercising, and aid appetite control by suppressing hunger. 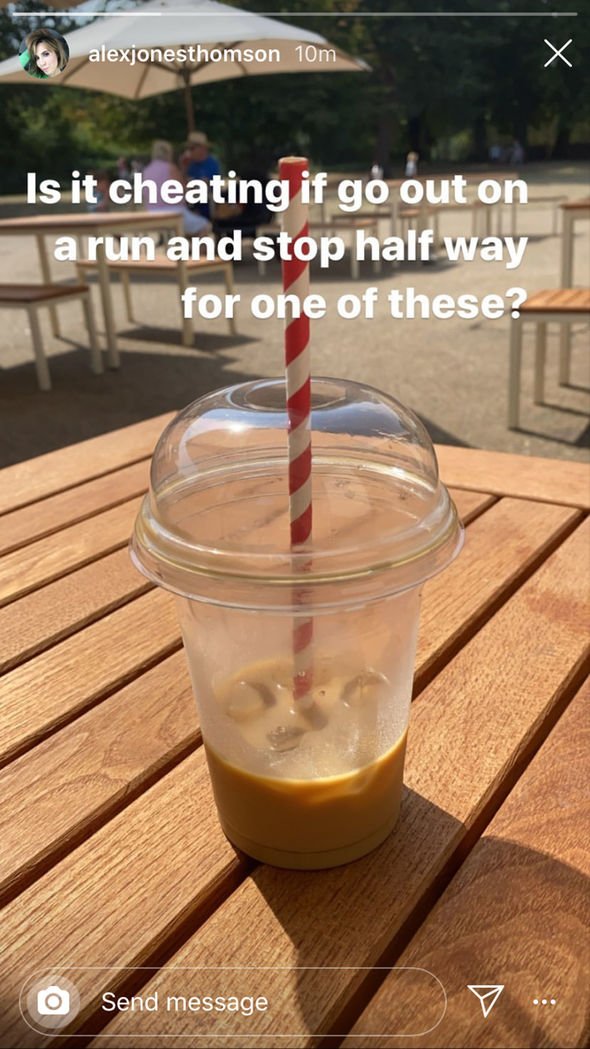 The Welsh star, who has gradually been getting blonder and blonder over the years showed off her new hair ‘do on Instagram ahead of her stint on TV.

She snapped a selfie following a trip to the hair salon and thanked her hairdresser for her new look.

“Thanks @lewis_pallett for the cut and colour,” she added.