The One Show presenter Alex Jones, 43, who presented the BBC programme alongside former co-presenter Gethin Jones, 42, was reminded of how they used to look when they first presented together 18 years ago. The host told her companion to “stop it” as she said she looked “horrendous”.

I actually found proof of that moment 18 years ago.

Alex, who used to present alongside Countryfile star Matt Baker prior to his exit earlier this month, revisited her past after Gethin showed her a picture of the two of them in their early days of presenting television.

He said to her: “It’s been a while actually since Al and I have worked together.

“I think it was about 18 years ago and knowing I was doing the show tonight, I actually found proof of that moment 18 years ago.”

While Alex and Gethin reminded the viewers of how they used to look when they first started presenting as a duo, Gethin explained: “This is a photo I found.” 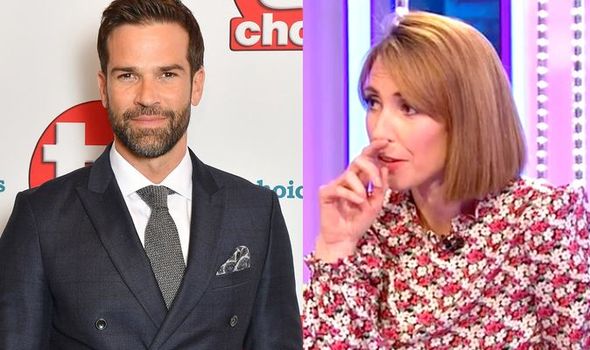 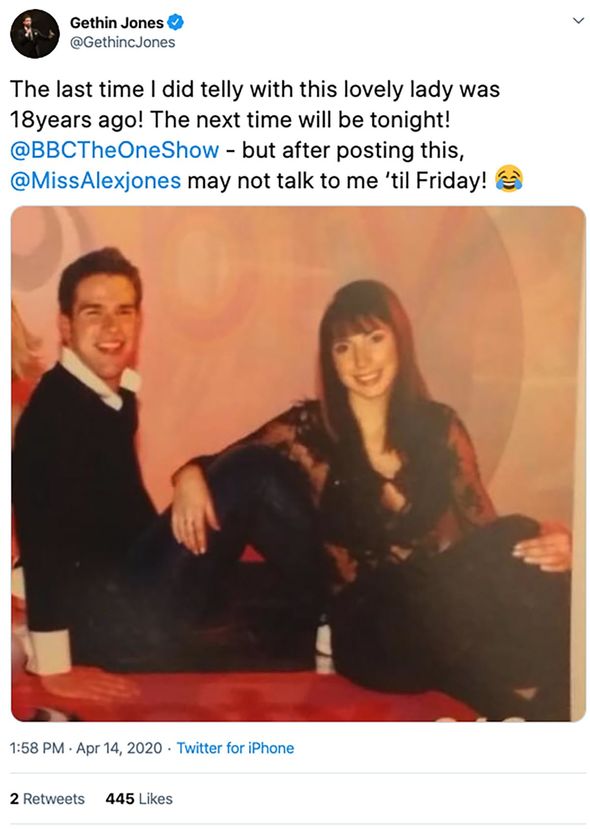 Unhappy with the picture, Alex told her co-star: “Oh stop it! No! Is that a bikini?! I look horrendous!”

Gethin then went on to recall their time presenting together: “All I remember is you were so proud of your fringe back then…”

After being shown the throwback photo, Alex chipped in with: “Don’t. I look like I do now because I’m doing my own make-up. I mean it’s all really bad.”

The One Show host then playfully told off the camera operators as she said: “And stop with the close-ups!” 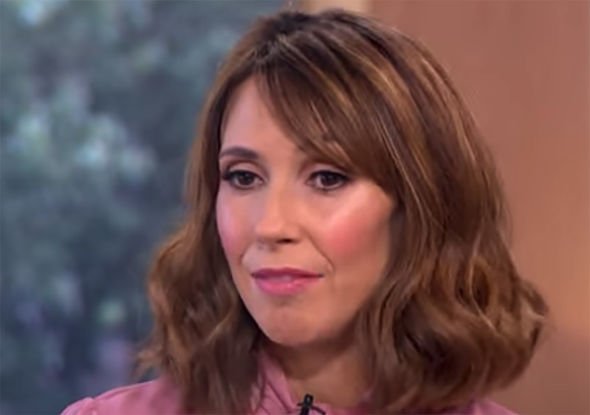 The former Blue Peter presenter also shared the throwback picture yesterday with his 136,000 Twitter followers, writing: “The last time I did telly with this lovely lady was 18 years ago!

“The next time will be tonight! @BBCTheOneShow – but after posting this, @MissAlexjones may not talk to me ‘til Friday!”

One fan wrote to the presenting duo: “Ahh the welshies are taking over!! Have a great show guys.”

Another then added: “Great team. Take care everyone xx.”

Last night, the hosts chatted to Strictly Come Dancing hosts Tess Daly, 50, and Claudia Winkleman, 48, in a virtual Skype interview while following the social-distancing guidelines set by the Government amid the coronavirus outbreak.

Prior to asking the pair about the new scheme called Lets Keep Dancing, Alex began by asking Claudia: “Claud, the nation is worried about the fringe…”

She was then seen waving her hair about on camera and told the hosts and their viewers: “Look at it!”

Tess then laughed at how long her fringe has grown out, and asked her co-host: “What’s the plan?”

However, soon after Tess asked Claudia what she was planning to do with her overgrown fringe, the hosts couldn’t hear Claudia’s response.

The Strictly host said: “I don’t have… I don’t know what…I apologise…”

Not long after the presenters struggled to make out what Claudia was saying, Gethin blurted out: “This is like Skyping with parents.”

Alex then decided to move the conversation on: “Yep, yep, never mind, we get the picture, the fringe is very long.”

The One Show continues tonight at 7pm on BBC One.