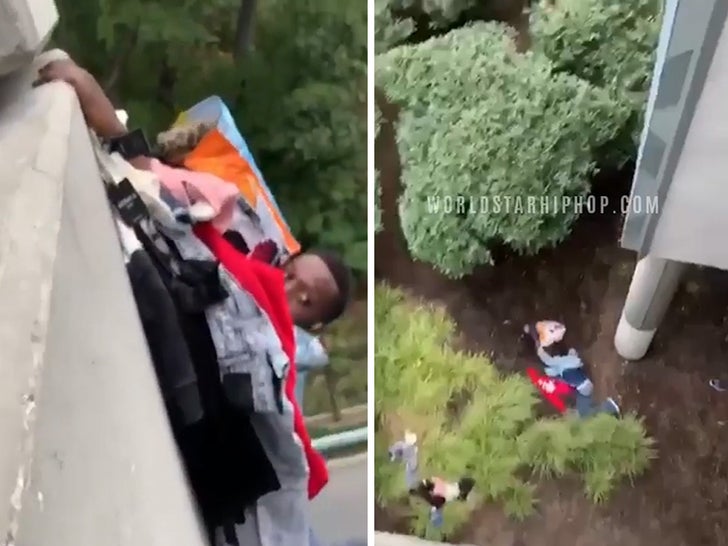 An alleged shoplifter turned daredevil — while making an apparent getaway with armfuls of merchandise, he intentionally plummeted from the ledge of a parking structure!!!

Ya gotta see the video … the guy’s hanging off the ledge and trying to shimmy around the structure — while weighed down by allegedly stolen clothing — when he suddenly decides to let go and fall a few stories.

You can see some of the items still had security tags on them, and even though a security guard thought he had him cornered — this guy had a different idea. Watch the fall … even though he landed in bushes, it’s hardly a soft landing.

Still, the suspect who had allegedly just knocked off a Forever 21, not only survived, but managed to get up and start running away with his loot!!!

It’s unclear if store security or law enforcement ever nabbed him. Guess ya gotta risk it to get the biscuit!!!