Andra Day is absolutely breathtaking at the 2021 Oscars!

To complete the look, Day accessorized the dress with over $2 million in Tiffany & Co. diamonds. The Golden Globe-winning actress wore a pair of earrings featuring two square emerald-cut Fancy Vivid yellow diamonds from the jeweler. She complemented her look with a Tiffany & Co. Schlumberger ® Cooper bracelet in platinum and 18k yellow gold with over 465 Tiffany diamonds, along with a selection of Tiffany & Co. Schlumberger ® and Tiffany T rings. Day let the dress do the talking, opting for a nude lip and wearing her signature curls in a loose bun.

It’s a big night for Day, who received a Best Actress nomination for her portrayal of Billie Holiday in The United States vs. Billie Holiday. Speaking to ET last month, the actress explained what the recognition means to her, and what she was doing when she first learned she was nominated.

“I looked at my phone and I saw that it was full of messages,” Day recalled. “I figured this might mean we got the green light on the nomination. I’m super grateful … it’s crazy, it’s amazing.” 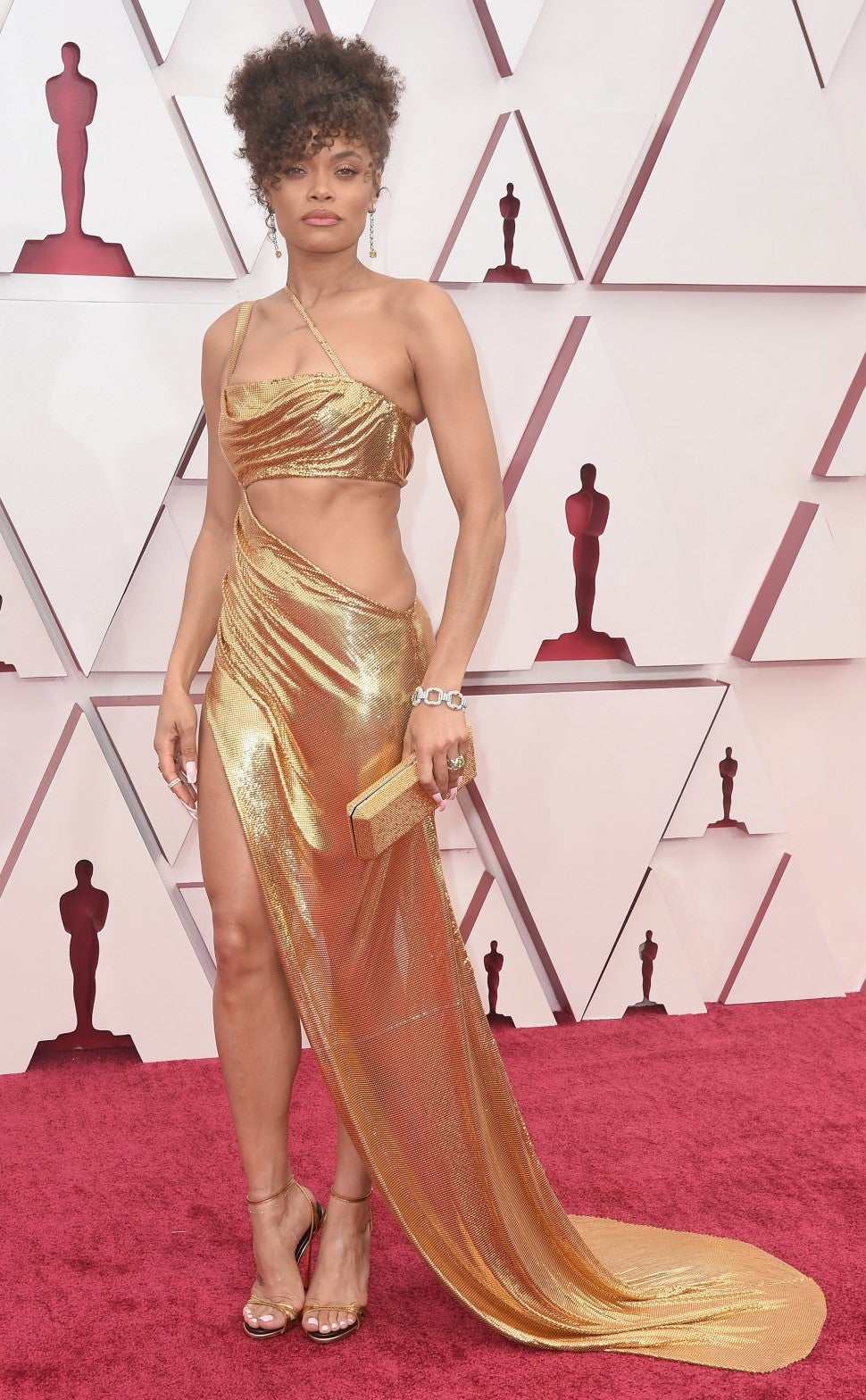 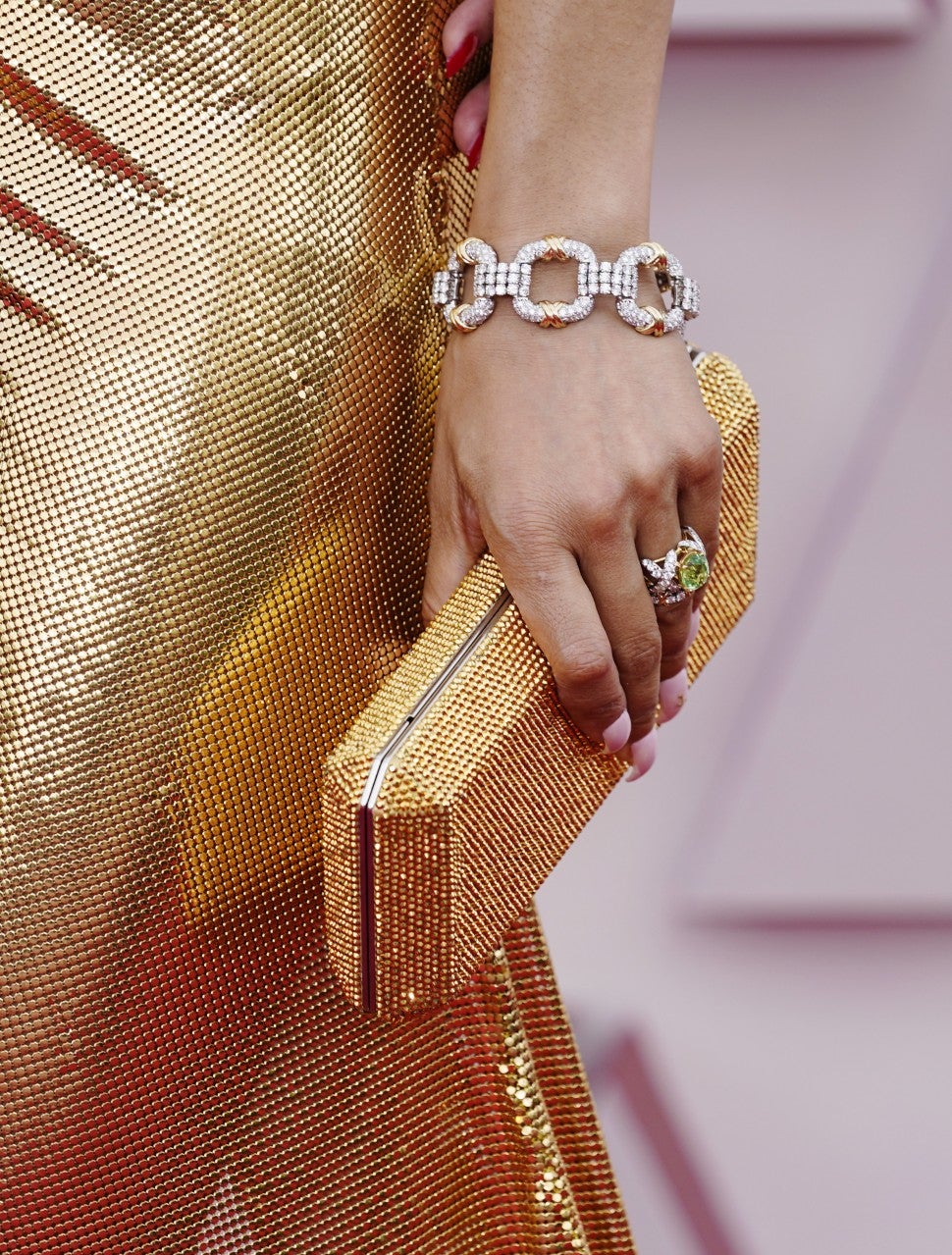 “The very first person I did have to call was [director] Lee Daniels, obviously. He just poured into me in such a powerful way,” she continued. “I’ve had so many beautiful Black women reach out to say to me, ‘We felt seen, we felt represented, we felt loved, we felt touched by this movie.’ Lee’s experienced the same thing because that’s who he made it for — for Black women. When no one else received or supported him, Black women did.”

As for what an Academy Award win would mean to her? Day told ET it would “mean everything.”

“It would also mean everything to me to be a part of vindicating her legacy… Billie deserves it,” she added.

Follow along at ETonline.com for all our Oscars style coverage and live updates, including how to watch the Oscars, the complete list of Oscars nominees, our Oscars predictions and more.