Andrew Neil blasts Phillip Schofield for ‘confronting’ him on This Morning: ‘Stigmatised!’

Andrew Neil, 71, has hit back at Phillip Schofield, 58, for “confronting” him on This Morning while they discussed the Extinction Rebellion protest during Wednesday’s Remembrance Day event at the Cenotaph. The journalist took to Twitter and spoke about his “bizarre experience” on the ITV programme yesterday after Phillip asked him if he was a “climate change denier”.

“Asked about extinction rebellion’s protest on Remembrance Day I said it was totally inappropriate.

“To be confronted by Philip Schofield asking – so are you a climate change denier?”

The BBC presenter continued: “I replied that climate change was real and needed to be confronted. 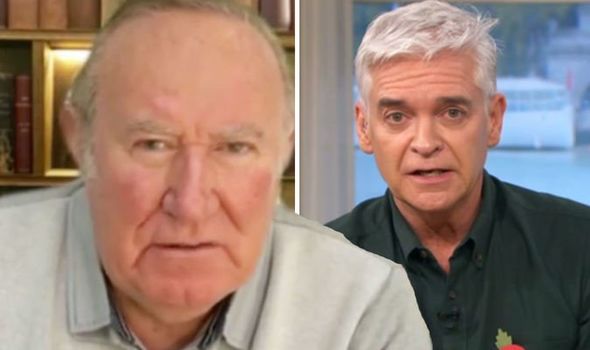 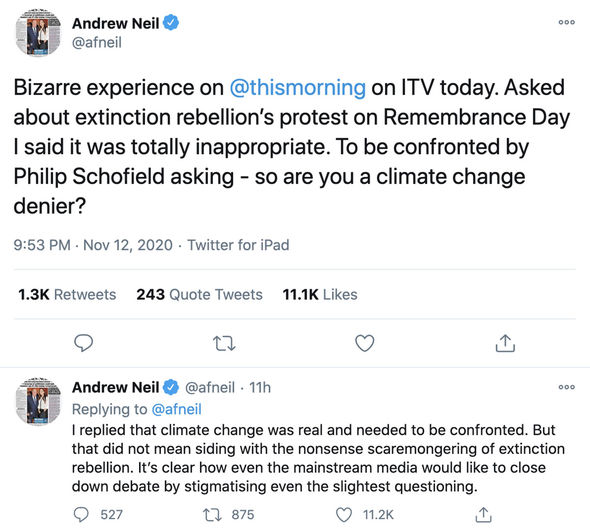 “But that did not mean siding with the nonsense scaremongering of extinction rebellion.

“It’s clear how even the mainstream media would like to close down debate by stigmatising even the slightest questioning.”

One person wrote: “I agree with you I totally believe the planet is in crisis through climate change I also am totally against using the commemoration of thousands of soldiers giving their lives for my freedom as a place to advertise it.” 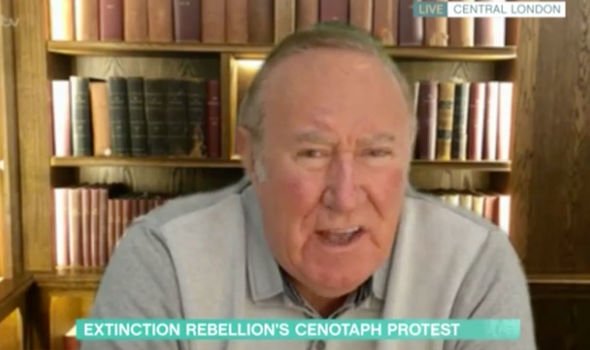 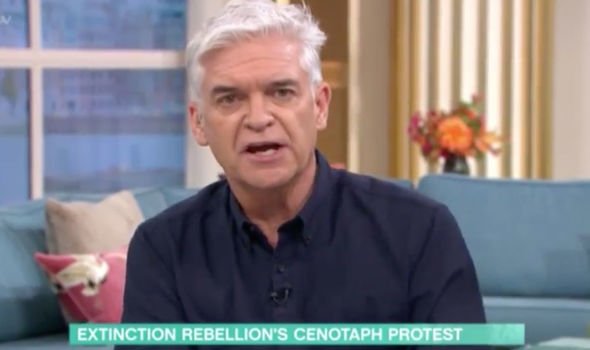 A second said: “What’s worrying is that this view has permeated through society and you cannot even get a debate on the subject. You are just shut down.”

However, another Twitter user sided with Phillip and replied: “I don’t think he meant it thinking you were I think he just asked it so viewers were clear and as part of the conversation.”

A second fan added: “So suddenly Schofe represents mainstream media asking unreasonable questions and Andrew Neil is the straight talking Maverick!? Give me a break! #snowflake.”

During his appearance on This Morning, Andrew spoke out after two members of the Extinction Rebellion group trampled over poppy wreaths and held up a banner which read, “Honour Their Sacrifice, Climate Change Means War”, which sparked outrage online.

Making his point about the protest, Andrew said: “I think what they did was wholly wrong as Remembrance Day is a unique day in the British calendar.

“We put politics aside and we come together to remember those who gave their lives so we could be free and they have no right to intrude in this at all.

“I’ve interviewed Extinction Rebellion on several occasions and most of what they say is total nonsense or total exaggeration.”

Phillip then referenced an interview with protester Donald Bell on Good Morning Britain, who tried to justify his actions and explained his opinion that climate change could spark wars.

“There’s no evidence of that,” Andrew hit back, with the presenter asking in response: “Are you a climate change denier?”

The journalist seemed less than impressed, as he responded: “That’s just typical. The moment you question Extinction Rebellion you’re a denier. No, I’m not and I think it’s a serious problem.

“It has to be dealt with and governments are trying to do that but I don’t buy the Extinction Rebellion agenda.

“Climate change has its day on the agenda every day and so it should,” Andrew insisted.