Angelina Jolie is a world-famous actress who is known for her roles in numerous movies. These days, Jolie is also a director and producer.

Aside from her impressive career, Jolie often makes news for her family life as well. She has been a mother for almost 20 years now. Like many parents out there, she seems to have thought quite a bit about the kind of future she sees for her young ones. Jolie once shared that there is something she wishes for her kids to be doing in the near future. 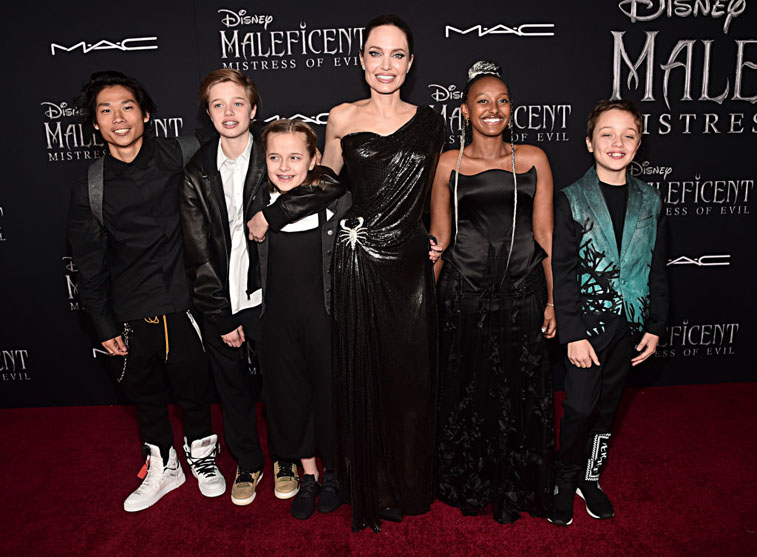 Who are Angelina Jolie’s kids andhow old are they?

Jolie has six children that she shares with actor Brad Pitt. Jolie and Pitt were married from 2014 and 2016, but their relationship started in the mid-2000s.

Jolie and Pitt’s oldest child is Maddox, who was born in2001. He was adopted in 2002 from an orphanage in Cambodia. At the time, Joliewas his sole parent, but when she started dating Pitt, he became Maddox’s legalparent as well.

In the next several years, Jolie and Pitt adopted two morechildren: Pax (b. 2003) from Vietnam and Zahara (b. 2005) from Ethiopia.

It’s clear that the Jolie-Pitt family is an internationalone. When Jolie and Pitt were married, their children could often be seentraveling with them to different countries around the world for both work andvacation. It has also been said that Jolie and Pitt hired several nannies whocould speakdifferent languages in order to give all their kids a multiculturalupbringing.

As such, it perhaps is not surprising that in an interviewwith the BBC in 2017,Jolie shared that she would like for her kids to be living in various placesaround the world in the future.

“In five years’ time I would like to be traveling around theworld visiting my children, hoping that they’re just happy and doing reallyinteresting things, and I imagine in many different parts of the world, andI’ll be supporting them,” Jolie said.

Predicting the future is no easy task, but for Jolie’s family, that wish could actually come true. After all, her oldest son, Maddox, is currently attending university in South Korea. It’s not hard to believe that his younger sibling will follow in footsteps as well and find themselves in other countries.

Does Brad Pitt see the childrenoften?

RELATED: The Surprising Reason Why Angelina Jolie ‘Has a Lot of Resentment’ For Brad Pitt

Jolie and Pitt filed for divorce in 2016, and what ensuedwas a famous custody battle over their six children.

Pitt suffered some setbacks because of his frequent alcohol use and a few child abuse allegations. However, Pitt started attending Alcoholics Anonymous, and the couple managed to reach an amicable agreement in 2018. It’s not clear exactly what the agreement entails, but reports have said that each parent will get several weeks with their children at a time.

There have also been rumors that Pitt does not get along with his three adopted children. Whether this is true or not, Maddox is now an adult while Pax and Zahara are close to being of age. As such, they will be able to make decisions for themselves in terms of how they would like to have a relationship with Pitt going forward. Geordie OGs star Aaron Chalmers quits booze after welcoming son Romeo and says ‘it’s changed him’
We and our partners use cookies on this site to improve our service, perform analytics, personalize advertising, measure advertising performance, and remember website preferences.Ok