Elvis Presley was already dating his future wife Priscilla when his affair with Ann-Margret began on the set of 1964 musical Viva Las Vegas. But as it turns out, Ann-Margret was already connected to the “King of Rock and Roll” before cameras ever started rolling on the movie. In fact, she was already widely known as “the female Elvis Presley.” Here’s why. 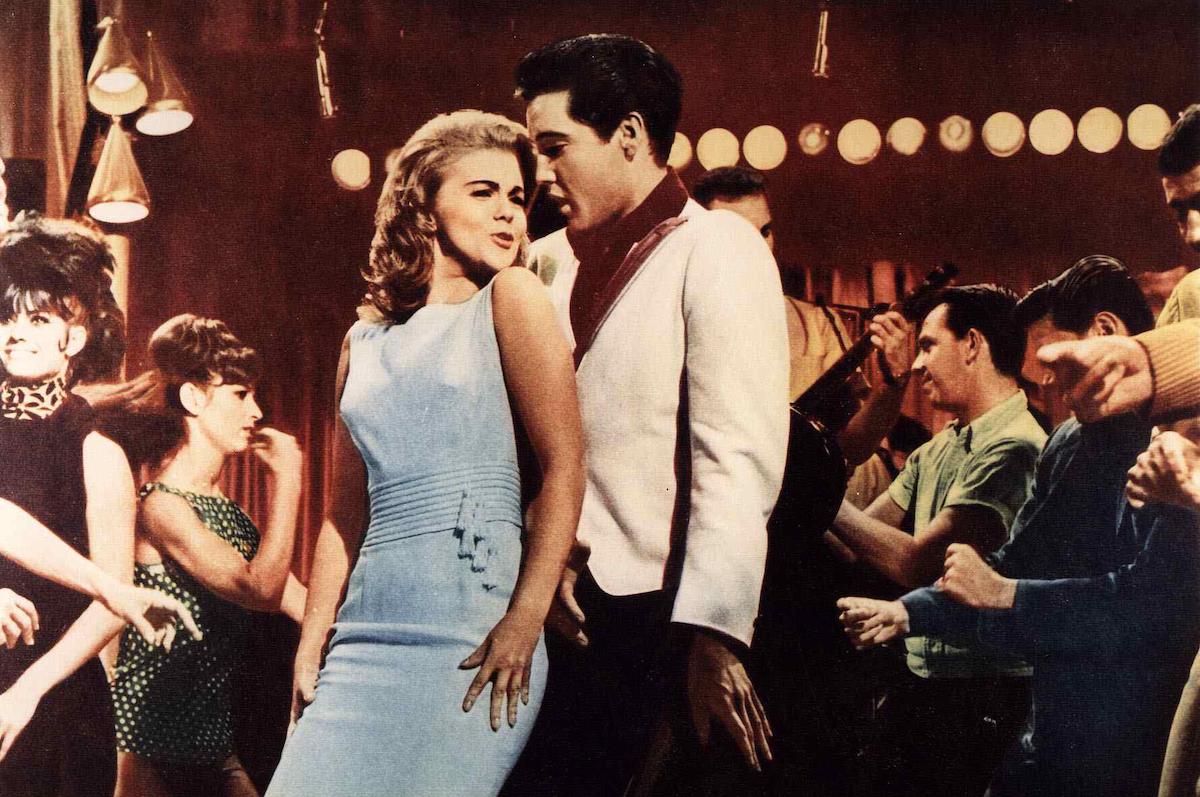 Already a musical sensation, Presley made his film debut in 1956 with Love Me Tender. And with musicals all the rage in Hollywood, his magnetic screen presence seemed tailor-made for movies. So, until 1969, Presley appeared in more than 30 movies. 1961’s Blue Hawaii remains his biggest box office hit, but Viva Las Vegas is notable for a different reason.

The film — which Presley often regarded among his best — paired the superstar with Ann-Margret. In Viva Las Vegas, Presley plays singer and race car driver Lucky Jackson, who meets his match he crosses paths with Rusty Martin (Ann-Margret). Naturally, musical duets and romance ensue, building up to a climactic series of performances in the film’s titular locale. And a fan-favorite movie musical was born.

However, even before Presley and Ann-Margret worked together, the media linked their names together. After all, Ann-Margret starred as a lovestruck teen infatuated with an Elvis Presley-esque singer in the previous year’s Bye Bye Birdie. And her vocal range and performance style positioned Ann-Margret as a contemporary to Presley when she made her musical debut in 1961.

“I want to be the female Elvis Presley,” Ann-Margret boldly told a fan magazine, according to Elvis-Presley-Forever.com. Reportedly, this claim caught Presley’s attention and likely inspired her casting in Viva Las Vegas. In her memoirs, Ann-Margret explained the entertainment industry needed a female who could rival Presley. But she likely didn’t count on romance when she arrived on the movie’s set.

Ann-Margret maintained she and Elvis Presley were ‘soulmates’

According to The-Numbers.com, Viva Las Vegas earned nearly $9.5 million at the box office, making it Presley’s second highest-grossing film. The combination of the King and Ann-Margret proved irresistible for moviegoers. And though their romantic connection might not have long-lasting, it certainly left an impact on both stars.

In fact, Ann-Margret once said she believed she and Presley were soulmates. And judging by the chemistry they have on screen in Viva Las Vegas, it’s plain to see why she’d feel that way. Fans of the pair still consider the movie one of his best and indisputable proof of how well they worked together. Neither Presley or Ann-Margret needed to fake the emotions on the big screen.