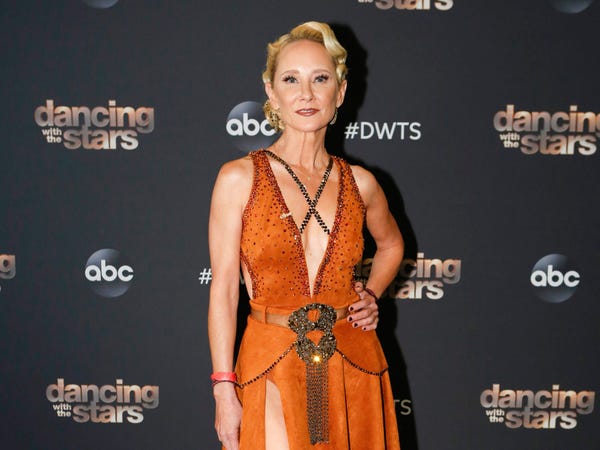 Anne Heche opened up about her relationship with Ellen DeGeneres in the late 1990s and how it negatively affected her movie career on Monday's episode of "Dancing with the Stars" where she was a contestant.

"In 1997, I met Ellen DeGeneres at the Vanity Fair party and that was the night that changed my life forever," Heche told her dancing partner Keo Motsepe on Monday's episode.

Heche said that leading up to the red carpet premiere of her 1997 movie "Volcano," she told executives that she would be taking DeGeneres as her guest and the response she got back was: "If I took Ellen I would lose my Fox contract."

"At that moment, she took my hand and said, 'Do what they say' and I said, 'No thanks,'" Heche recalled. "I took Ellen to the premiere and I was ushered out before the movie even ended and was told I was not allowed to go to my own after party for fear that they would get pictures of me with a woman."

But Heche, who was eliminated during Monday night's competition, said things got worse for her after her insistence as she was shut out from major Hollywood movies for the next decade due to standing up for her relationship with DeGeneres.

"I was in a relationship with Ellen DeGeneres for three-and-a-half years and the stigma attached to that relationship was so bad that I was fired from my multi-million dollar picture deal and I did not work in a studio picture for 10 years," she told Motsepe.

Insider contacted Disney, which now owns Fox, for comment but did not get a response.

Heche and DeGeneres broke up in 2000. During their time together, the two were one of few openly gay couples in Hollywood.

In the August issue of Mr. Warburton Magazine, Heche looked back fondly on her relationship with DeGeneres and what their relationship meant to people at the time.

"I am proud that I took a stand early in my life for LGBTQ rights, and I would do it again, even knowing its consequences on my career," she said.