Ant Middleton, 40, is well-known as the face of the gruelling adventure show SAS: Who Dares Wins. However, Channel 4 has now confirmed he will not be appearing in future series, as their “views and values are not aligned”. Good Morning Britain presenter Piers Morgan, 55, has now come to his defence over the news.

Posting on Twitter about the decision, Piers voiced his opinion to his 7.7 million followers.

He wrote: “Absurd that Channel 4 fired @antmiddleton for his opinions.

“He’s an SBS special forces war hero, what did they think they were hiring – a shrinking violet choirboy?

“Such a spineless surrender to the PC Police. Ant’s a top bloke – when he’s not strangling me.” 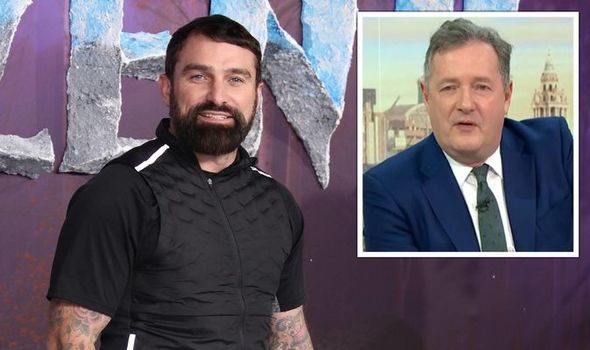 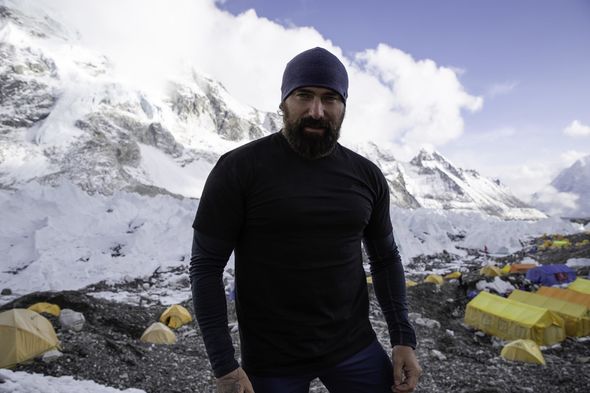 Channel 4 confirmed Ant will not be working on the show in the future in a statement yesterday.

It read: “Ant Middleton will not be taking part in future series of SAS: Who Dares Wins.

“Following a number of discussions Channel 4 and Minnow Films have had with him in relation to his personal conduct it has become clear that our views and values are not aligned and we will not be working with him again.”

Ant posted a message to his 1.1 million followers on Instagram shortly afterwards about his exit from the show. 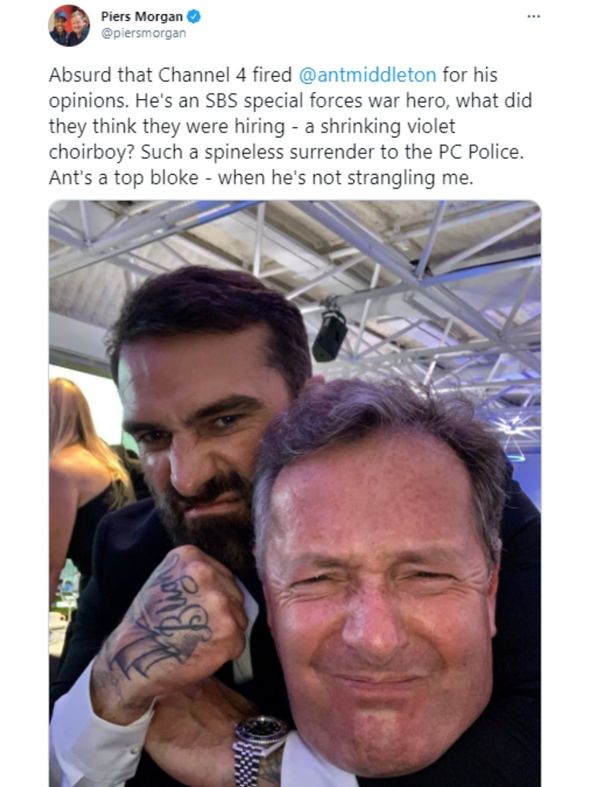 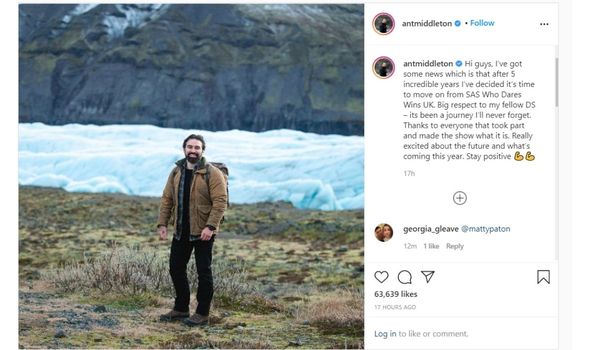 He wrote: “Hi guys, I’ve got some news which is that after five incredible years I’ve decided it’s time to move on from SAS Who Dares Wins UK.

“Big respect to my fellow DS – it’s been a journey I’ll never forget.

“Thanks to everyone that took part and made the show what it is.

“Really excited about the future and what’s coming this year. Stay positive.”

In the past, Ant has come under fire for his comments on the Covid-19 pandemic and the Black Lives Matter Movement.

In March 2020, he said in an Instagram video: “Am I still out travelling the world? Yes.

“Am I still shaking hands? Yes. Am I still cuddling fans at the airport? Yes.

“Am I washing my hands and keeping my hygiene to a high standard as always? Yes.

“Has my life changed? No. Am I going to let some ‘disease’ Covid-19 dictate my life?

However, he later clarified his comments in an appearance on Good Morning Britain in September.

Ant said: “I was in New Zealand at the time when coronavirus really hit in the UK so I was sheltered from it.”

The presenter then added: “Sometimes I get it wrong and it’s about sticking my hand up and saying ‘my information was wrong’, listen to government advice and crack on.”

In June 2020, he also apologised after in a now-deleted tweet he wrote: “BLM and EDL are not welcome on our streets, absolute scum.

“What a great example you are to your future generation. Bravo.”

He retracted his comments in an apology video and said he was “anti-racist and anti-violence”.