Strictly Come Dancing 2020 professional Anton Du Beke, 54, is set to take the dance floor with new contestant Jacqui Smith, 57, in tonight’s BBC offering. The dad-of-two has now spoken out about his “good timing” after he announced the release of his third book.

The dancer couldn’t contain his excitement as he revealed that his novel A Christmas To Remember, will be available in a week’s time.

In view of his 250,000 Twitter followers, Anton shared the news as he told fans to enjoy the latest instalment of his book series.

He penned: “Morning all! One week to go until publication day for ‘A Christmas to Remember’ – very exciting!

“Good timing, too, with the Kindle versions of my first two novels in the series only 99p this month.” 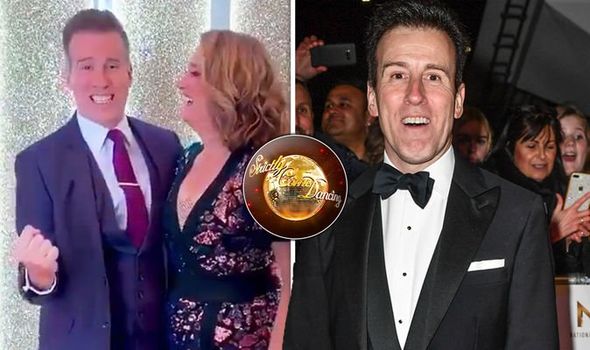 One person penned: “Looking forward to reading it, read the other two and was hooked.”

“Congrats on releasing your third novel,” another person remarked. 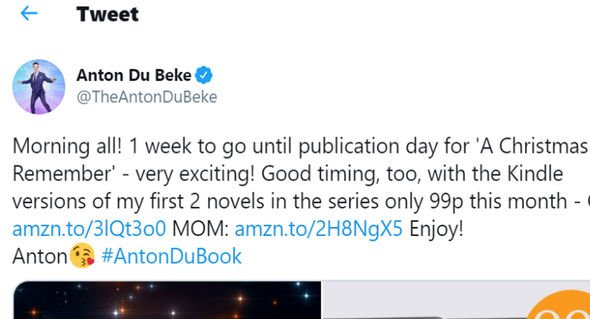 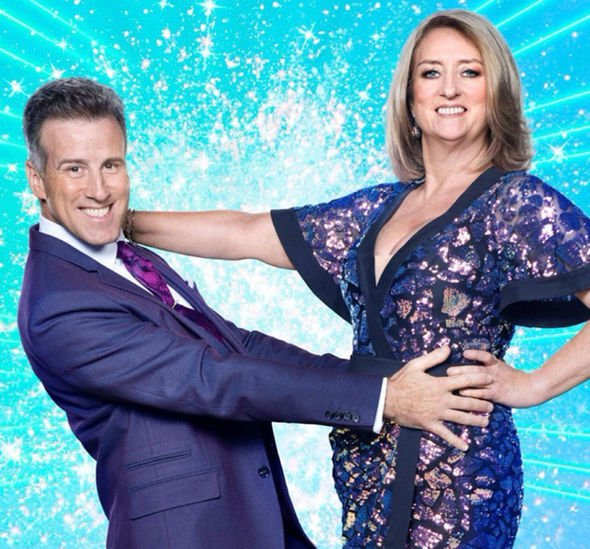 While a third person added: “On my Christmas list already. Loved the other two!”

Anton is not only an acclaimed professional dancer but he is also an accomplished novelist.

While he has been working diligently on his outside projects, he is back on the BBC show to compete for the Glitterball Trophy.

In a new interview, his celebrity dance partner Jacqui was quizzed if she felt “insulted” being partnered with Anton, following his string of “comedy” pairings. 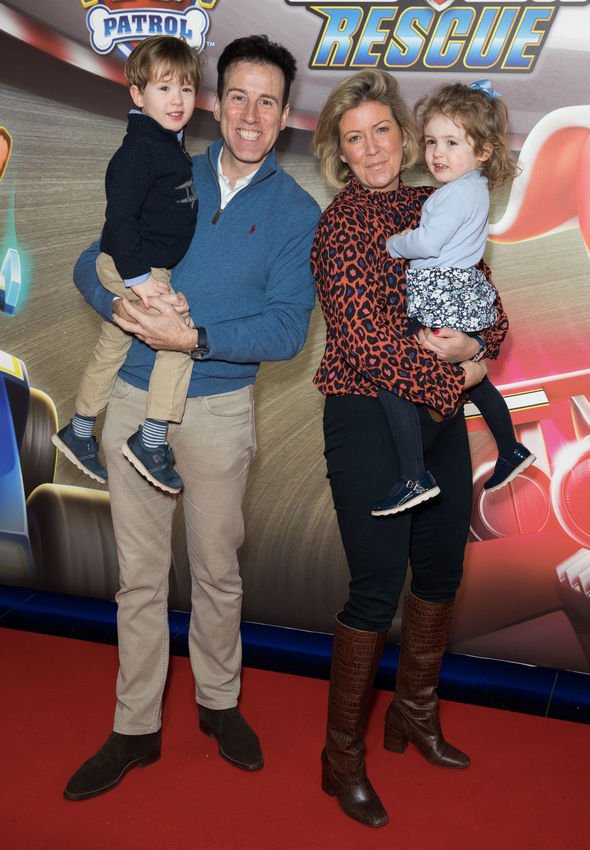 The former Labour politician laughed off the idea and insisted the Latin champion was impressed with her dance ability.

She said: “Anton got to the final last year and he’s very clear about that and very ambitious for us, as am I.

“I think he was pleasantly surprised with my ability to pick things up.

“I think we’re going to have slightly more in the dance than perhaps he feared.”

The former MP also addressed the so-called Strictly curse – a term used to describe couples who have split or got together before and after the show.

Jacqui explained that she is happy in a new relationship after divorcing her husband Richard Timney of 33 years in January.

“I won’t have it said that Anton is not gorgeous,” she added to The Guardian.

“But, he is happily married and I am in a newish, but lovely, relationship.”

Anton has been married to Hannah Summers since 2017 and the pair share three-year-old twins George and Henrietta together.

Strictly Come Dancing airs tonight on BBC One at 7.30pm.