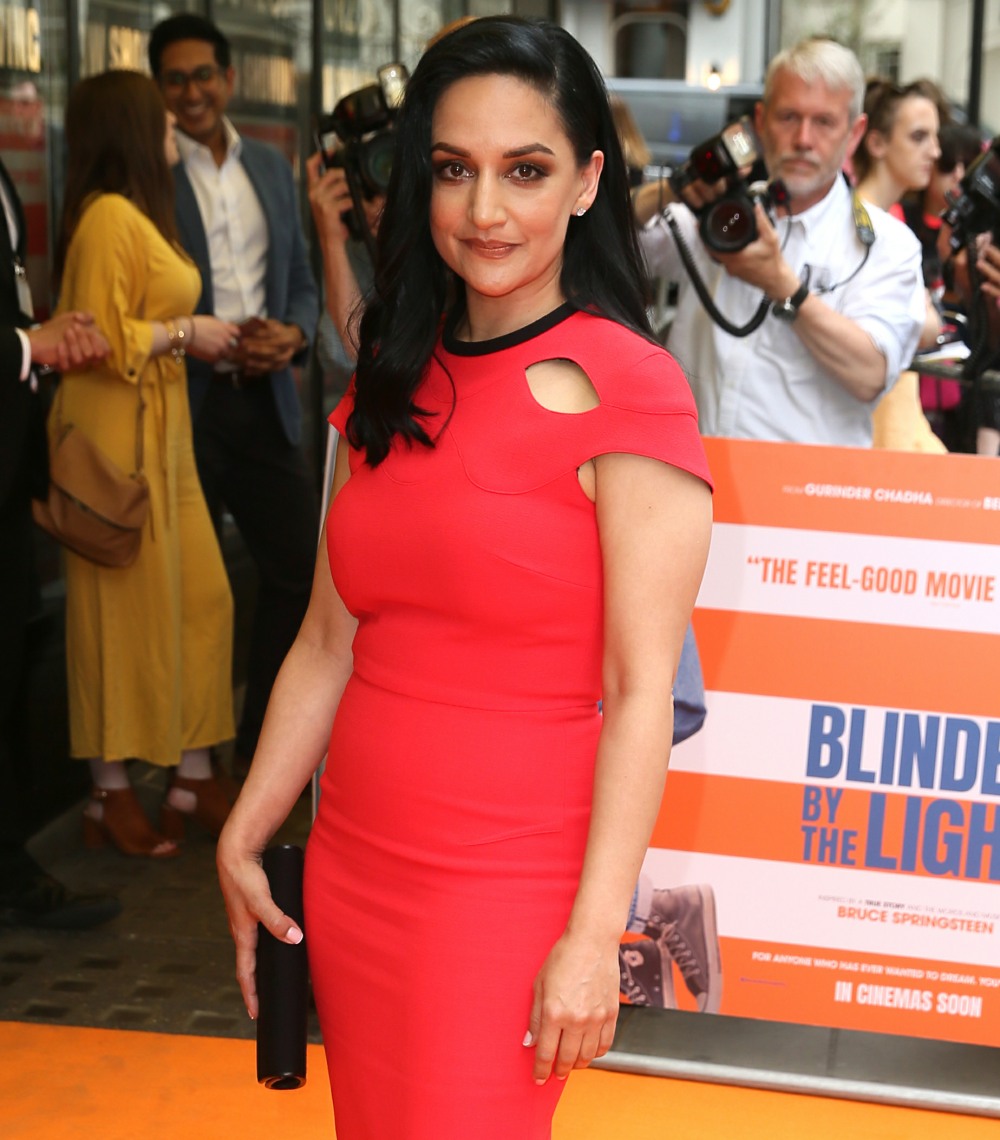 In 2015, Archie Panjabi left the show which had justifiably earned her an Emmy: The Good Wife, where Archie played Kalinda Sharma, a mysterious, bisexual, sexy investigator with a law firm. It was a great role… the first few seasons. Then the writers began f–king up the Kalinda character for no apparent reason. It took years to figure out why – it was because Julianna Margulies became a producer on the show, and she threw her weight around about limiting the Kalinda character. Julianna apparently didn’t want her character to have many scenes with Kalinda either, which effectively sidelined Kalinda for several seasons. Archie never really did any kind of “tell all” interview about all of the sh-t that went down on that set, but she left enough clues to let her fans know that none of what happened to Kalinda was her call.

All of that sh-t went down in 2015. But obviously, Archie still gets asked about it. Kalinda was arguably her most famous (and beloved) character, and so she can’t even promote her new projects (HBO’s Run and I Know This Much Is True) without the New York Times asking her about the old dramz on The Good Wife. This piece is very good if you already enjoy Archie – go here to read. Here’s the Good Wife sh-t, with some other good pieces:

NYT: You won an Emmy for playing Kalinda in 2010 and a decade later, there are still questions about tension on the set between you and Juliana Margulies that was rumored to be so bad that you couldn’t even film your final scene together. Will you ever tell your side of the story?
Archie: You’re very naughty, Jessica.

Are you surprised people want to hear your perspective?
Let’s put it this way. We are living in a world where everybody wants to know everything. I completely understand why everyone asks about it. Everybody I meet asks me about it, in some roundabout way. I just feel like, I’m doing work because of that character. Before Kalinda, I was always coming in for a few lines and it was hard to get roles. If people always want to know what happened, OK, it’s a small price to pay for all the wonderful things that show has given me. It sounds diplomatic, but it’s how I feel.

Did it tarnish your memories of the series?
I’m not very complimentary of things. I’m very British and I like to self-deprecate, but I do feel the Alicia and Kalinda scenes were one of the highlights of the show. I’m very proud of them.

But you’re taking everything else to the grave?
Yeah. I’ve said what I’m going to say.

Any chance Kalinda will pop up on “The Good Fight”?
I don’t know. I still get a lot of love for her, but she came in as a mystery and she left as a mystery. I don’t know if bringing back a character like that feels right. It took me time to get out of that character and for people to see me in a different light.

You once had an agent who told you that you’d never work as an Indian woman. Is there anything you’d want to say to her now?
I was in my 20s then and I do feel, with respect to her, that she was justified in saying that to some degree. When I was growing up, my family used to say, “How many women of your background are onscreen? Virtually none.” I don’t hold it against her for saying it at the time.

You really don’t hold onto rage, do you?
I’m British and I’m Indian. So that combination is: Keep the peace!

[From The New York Times]

As much as I would love it if Archie pulled up a chair, sipped some tea and talked about the sh-t that REALLY went down, I understand why she doesn’t. And I understand how it probably benefits her career too – she would probably be less likely to be hired for stuff if producers thought she was a bitchy blabbermouth. But damn, the self-control! I’m too much of a sh-ttalking gossip. Also: I have NO IDEA why Billions hired Juliana Margulies for the new season. Just seeing her in the previews makes me wonder if Damian Lewis told her to go f–k herself when she pulled some “THIS SHOW IS ALL ABOUT ME!” sh-t. 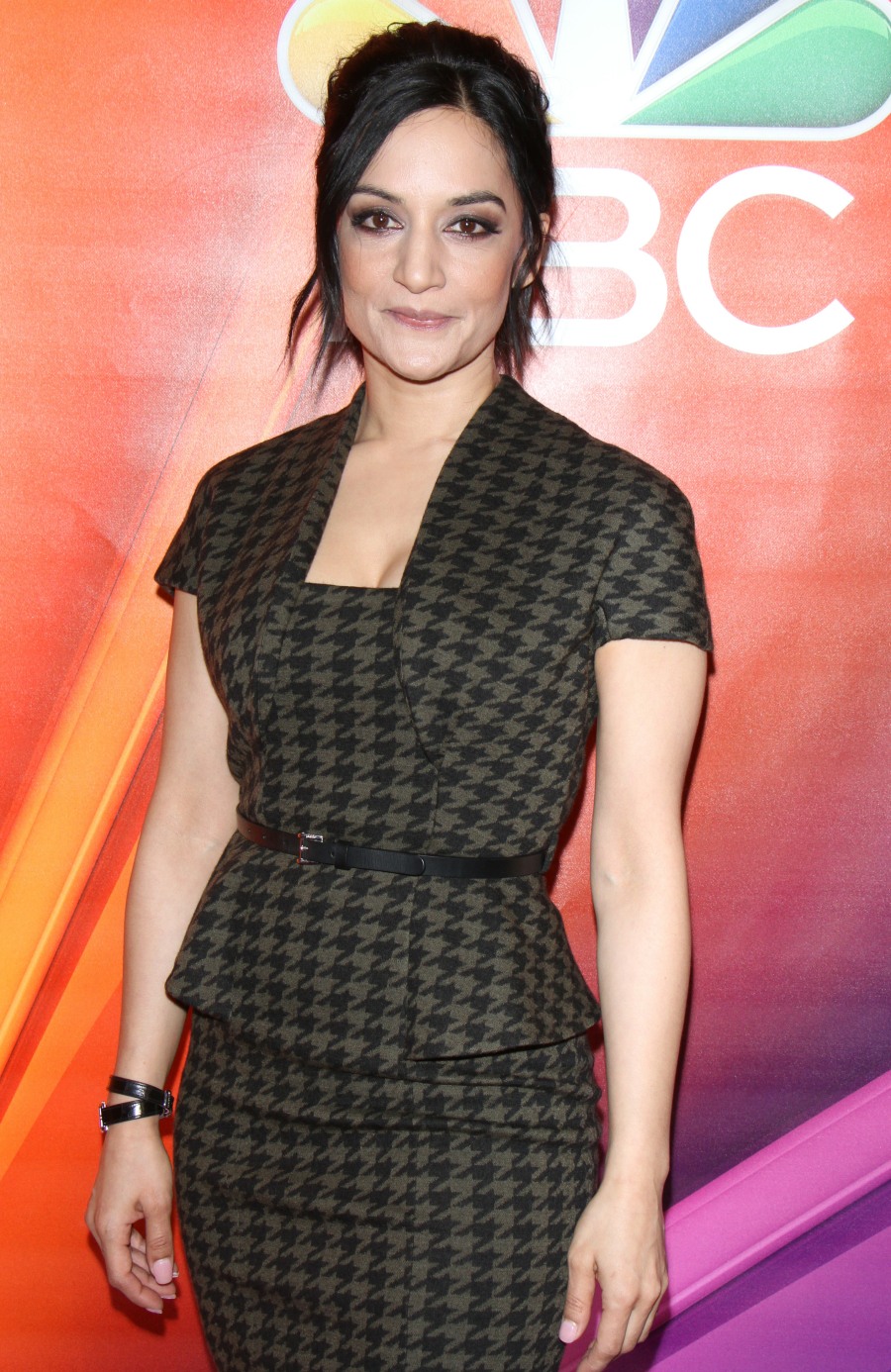