Ashley Martson and Jay Smith Divorce Finalized at Last! The 90 Day Fiance Nightmare is Over! 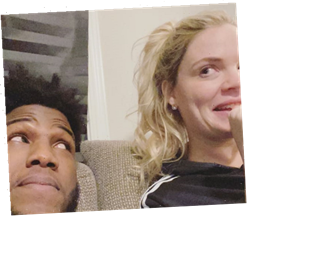 90 Day Fiance fans collectively held their breath, bracing themselves for the worst — another reconciliation.

But this time, something truly wonderful happened.

The divorce is finalized. The marriage is ended. Our long national nightmare is over at last.

Us Weekly confirmed on Wednesday, March 17, that Ashley Martson and Jay Smith’s divorce was finalized.

Ashley made her third and final divorce filing in October fo 2020.

And that filing came a month after she announced their breakup on September 19.

Ashley’s initial announcement of the split did not lay the blame on either party.

Instead, she claimed that it was purely a consequence of her being unable to let go of the past.

Fans were shocked to hear her claim that Jay had, for once, not cheated on her.

Later, however, Ashley confessed that she had felt humiliated by what was now his fifth cheating scandal.

She apologized to fans for lying to them to cover for Jay’s repeated infidelity.

That, at least, was much less surprising for fans to hear, and sounded like the Jay they all knew.

“After” this final split with Ashley, Jay publicly reunited with Kayla O’Brien, who had been his mistress in early 2019.

Jay would go on to date Kayla for much of 2019 until he broke up with her and got back with Ashley in secret late that summer.

Reports say that it was with Kayla that Jay was once again cheating in 2020 before their split.

As we reported last year, Jay was said to be crashing at Kayla’s after Ashley kicked him out.

Kayla had to drive Jay over to Ashley’s house to pick up his stuff.

That sounds like an improvement over breaking into her house while she’s on vacation, but … deeply awkward.

It was then reported to In Touch Weekly that “Jay tried filing a PFA (Protection from Abuse) order against Ashley.”

The source explained that this was “after she filed for divorce.”

Jay’s reason was said to be “because that’s the only way he can stay in the US.”

Jay does not have a green card.

He has long feared divorce as he could be deported back to Jamaica at any time.

The attempt to secure the order was ultimately dropped by the court.

Professionally, however, Jay was still working out of “his” tattoo shop.

This is the one that Ashley helped him open last year (during the pandemic; why?!) to make his dreams come true.

Ashley told fans that she was working to get it transferred to his name.

What she didn’t tell fans is that, reportedly, the tattoo shop was losing her a tremendous amount of money.

It’s hard to imagine opening a tattoo parlor in the summer of 2020 to be a profitable venture.

It’s a little like having your grand opening of a restaurant be April 1 2020. Bad timing, no matter the product.

Of course, while the rest of the world sees Jay for who he is, he has one ardent defender.

Kayla O’Brien, even though he dropped her at the drop of a hat to get back with Ashley in the summer of 2019, is on his side.

She has publicly denied that Jay cheated with her (this time), claiming that Ashley was “toxic” and “draining his spirit.”

Kayla also claimed that Jay had broken up with Ashley, that he hadn’t cheated.

She claimed that he sent Ashley a lengthy message on why he wanted to end things, and was “gentle” about it.

Of course, Kayla’s ideas about how that marriage ended likely came from Jay.

Jay himself has gone on to tell In Touch Weekly that he “doesn’t believe in marriage” and doesn’t plan on remarrying.

We won’t insult anyone’s intelligence by asking why he married Ashley, then.

He’s not interested in remarriage because it’s unlikely to give him legal residency at this point. We all knew what he thought about marriage.