The Something Borrowed author, 48, spoke out against the former Duchess of Sussex, 38, on Meghan’s son Archie’s 1st birthday on Wednesday, May 6. Taking to her Instagram Stories, the Maryland-born writer began by posting a screenshot of Kensington Palace’s sweet tribute to Archie, speculating that they made a “pointed photo choice” to use a portrait featuring several members of the British royal family instead of one with just the Sussexes. 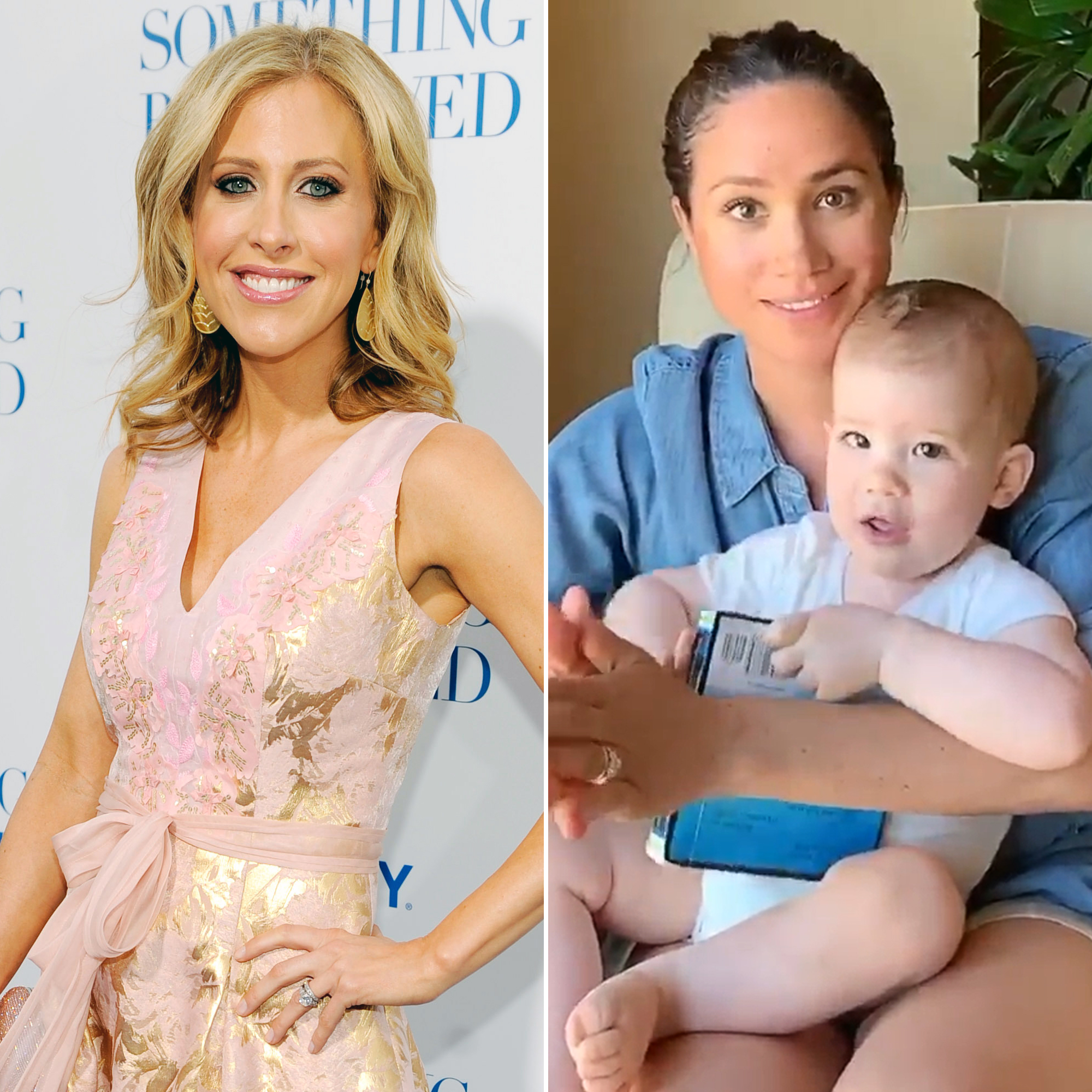 Giffin also referred to Meghan as “unmaternal” and “such a phony” in a text exchange she posted on her now-private Instagram account. She then uploaded a snapshot from Meghan’s special birthday video for Archie, during which Prince Harry filmed her reading to the infant. “Happy Birthday, Archie,” the All We Ever Wanted author wrote. “Go away, Megan [sic].”

In addition, Giffin shared a comment that she wrote beneath an Instagram clip of Meghan’s video posted by What Meghan Wants, an account that claims to feature “unbiased news coverage” of the former Suits star and her husband. “Adorable child and book. But… Holy ‘me first.’ This is the Megan [sic] show,” she replied.

“Why didn’t she film and let Harry read? And why didn’t she take the moment at the end to say ‘He said daddy!’ Because that would make it about Harry for a split second,” she continued. “God forbid. Also, you want privacy for your child so you put out a video (by your authorized biographer) of him … wearing no pants?! Ooookay.” 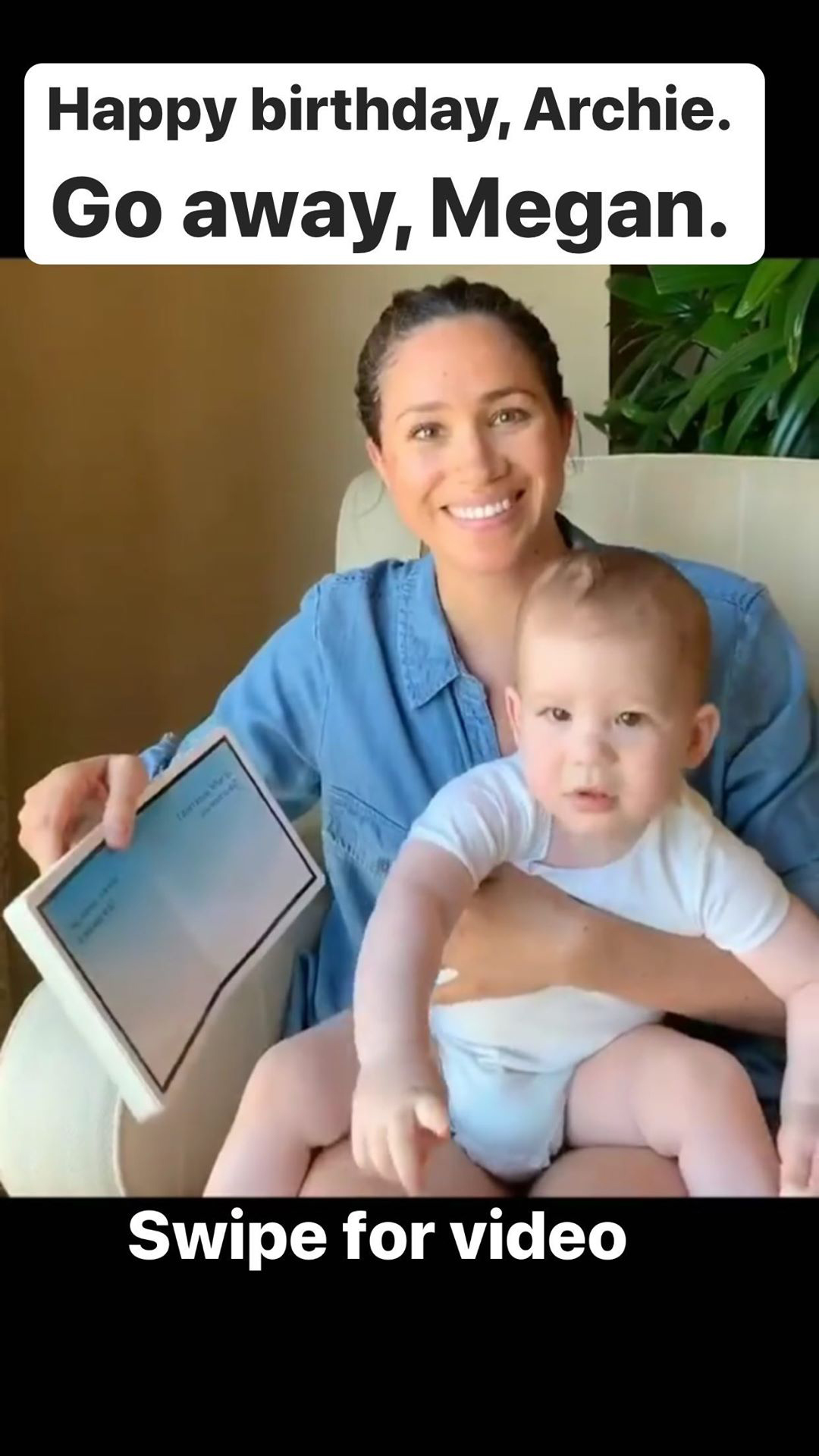 On a lighter note, Giffin shared a black-and-white photo of Harry, 35, holding Archie as his father, Prince Charles, stood beside him. “Happy 1st birthday to Prince Charles’s youngest grandchild, Archie Mountbatten-Windsor. ??,” she captioned the pic.

Giffin has made it known in the past that she’s not too fond of Meghan. The Baby Proof author posted a photo of Queen Elizabeth II on the day the former Tig blogger welcomed Archie, writing: “FACT to keep in mind this week: The only reason the world cares about Meghan Markle’s pregnancy is because of this woman. God save the Queen ??.”

Giffin didn’t always dislike Meghan, however. She told The Columbus Dispatch two months before Archie’s arrival that she was “so excited about this baby.”

“That’s the future,” she continued. “They’ll be in the history books. Hundreds of years from now, Harry and Meghan will be a footnote.”

A biography timeline on Giffin’s website noted that Harry and Meghan’s engagement in 2017 brought “happier news” into her life, adding: “Emily proceeds to spend the next several months obsessing over anything and everything involving the new royal couple.”

Speaking exclusively to Us Weekly in July 2018, Giffin revealed that she was considering writing a royals-themed novel. “I’m toying with the idea of something set in the world of the royals. Did you know that I like the royals? Did you know that? Maybe in the backdrop of the story line,” she explained. “I think as much as I love the monarchy, I lived in England, I got up early to watch [Princess] Diana’s wedding when I was 7 years old. … I watched The Crown, I’m obsessed with all things, I’m an anglophile.”