Ayesha Curry Dubs Daughter Ryan, 5, A ‘Mood’ As They Dress Up In Goth Halloween Costumes

Ayesha Curry shared the cutest Halloween family pics we’ve seen this year, including one with her husband Stephen Curry and their kids Riley, 8, Ryan, 5, and Canon, 2, posing in matching goth-style costumes.

Ayesha Curry, 31, proved she had an epic Halloween when she posted some new Instagram pics that showed her confidently posing in awesome goth costumes with her family on Nov. 1! The brunette beauty could be seen wearing a long black dress with a matching cape and maroon and black hair in the photos as her husband Stephen Curry, 32, was beside her in his own black, white, and red vampire costume while holding their youngest son Canon, 2, in a mini version of his dad’s get-up. The couple’s two daughters, Riley, 8, and Ryan, 5, were standing in front with the oldest gal in a black and white patterned loose dress with belled-out sleeves and the youngest in a black and red robe with a hood.

The ladies also rocked makeup to go along with their spooky looks, including black lipstick and and fake blood on their mouths and neck areas. In a second pic, only Ayesha and her hunky hubby could be seen and they were sharing a playful moment together. He was taking a drink from a martini glass with a dark liquid inside it and she was looking up at him with her fake bloody mouth and showing her teeth.

In the caption for the post, Ayesha poked fun at Ryan’s serious face which included glaring her eyes at the camera. “😍🖤 (Ryan is a mood),” it read. Once the photos went public, many fans shared their opinions about the cute family’s Halloween time. 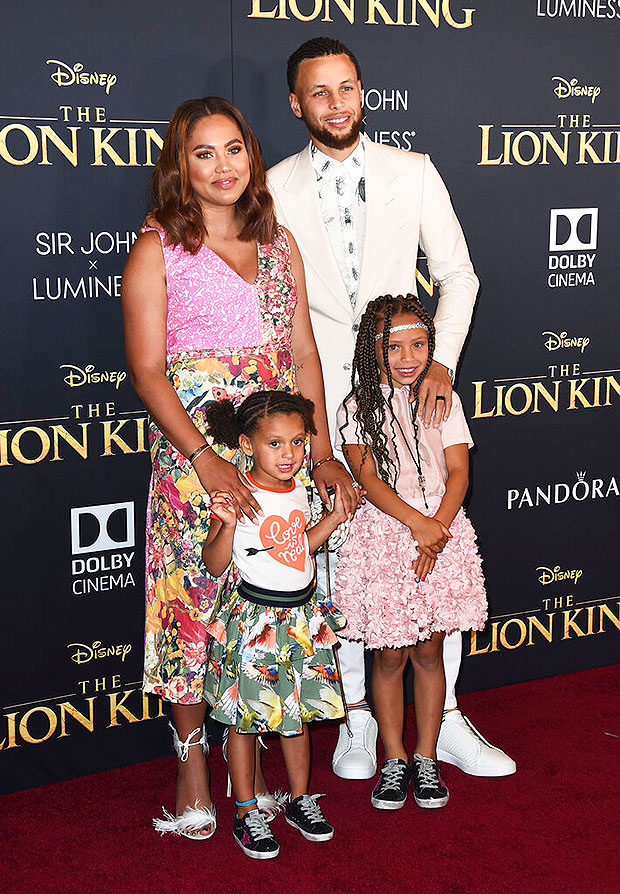 “Ryan really got into character !! 🤣🤣 you all looked amazing ! 😊,” one fan wrote. “The Curry Family Holloween is the best Halloween 🎃🧡🔥,” another gushed. “Ryan is perfect!” a third exclaimed.

Before Ayesha shared her latest pics, she wowed in a different Halloween costume on Oct. 31 when she posted pics and video of herself dressed up like Napoleon Dynamite from the 2004 movie of the same name. She had on the classic “Vote for Pedro” shirt on that the character is known for wearing and jeans, but underneath “Pedro” she wrote in “BIDEN” for Democratic presidential nominee Joe Biden. “

It’s Halloween… but did you VOTE?! Napoleon Curry voted and so did I. Only a couple more days y’all! Let’s get to the polls. Let your voices be heard! Let’s do it! 😆😂#happyhalloween #whenweallvote,” she wrote in the caption for the video clip.