The services of Ralph Fiennes, Cate Blanchett, Andrew Garfield, Rooney Mara and Joe Alwyn have been secured for a mammoth, star-studded TV adaptation of Brideshead Revisited, that brilliant study of upper-class decadence.

Luca Guadagnino — whose movie Call Me By Your Name won a screenplay Oscar and garnered the Italian filmmaker a nomination for best director at the Baftas — will adapt Evelyn Waugh’s classic novel as well as direct the multi-part drama for the BBC and HBO.

Call Me By Your Name was the 2017 movie that catapulted Timothee Chalamet to instant stardom.

Garfield, who twice played Spider-man on the big screen and won praise for his epic performance in Marianne Elliott’s splendid production of Angels In America, will take the part of anguished artist Charles Ryder, the character played by Jeremy Irons in the classic 1981 ITV series. 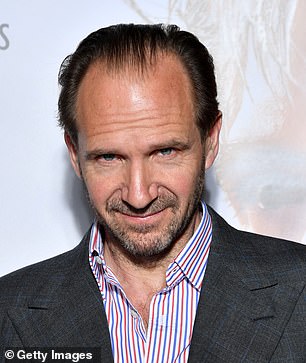 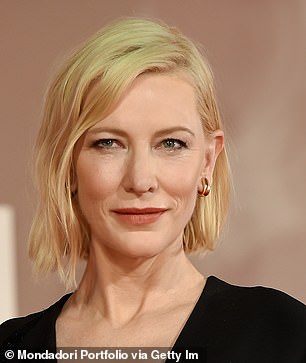 Ralph Fiennes has been chosen to play the Flyte siblings’ patriarch, Lord Marchmain. Cate Blanchett is in negotiations to play their pious mother, Lady Marchmain 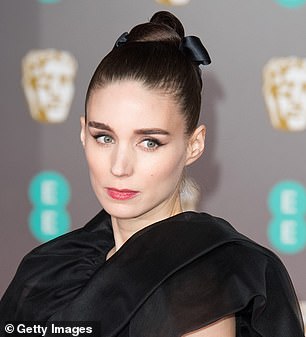 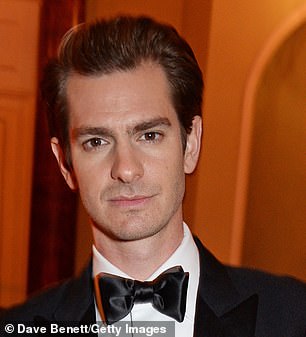 Lady Julia will be played by Rooney Mara, left, while Mara starred with Andrew Garfield in David Fincher’s great film The Social Network

While at Oxford University, Ryder befriends the aristocratic Sebastian Flyte — the ‘half-heathen’, teddy‑bear-loving son of a Catholic family who reside at a baroque stately home called Brideshead.

Alwyn — wearer of the best-looking wigs in The Favourite — will be Sebastian (a role taken by Anthony Andrews in 1981), while his sister, Lady Julia — who comes between his friendship with Ryder — will be played by Rooney Mara.

Fiennes, who worked with Guadagnino on his hedonistic film A Bigger Splash, has been chosen to play the Flyte siblings’ patriarch, Lord Marchmain. Blanchett is in negotiations to play their pious mother, Lady Marchmain.

Other roles are being cast now for the sumptuous mini-series, which will start filming in the spring at locations in the UK and Venice.

Martin Shaw and Jenny Seagrove will move into the Theatre Royal, Haymarket in London from December 3. Tickets via trh.co.uk. 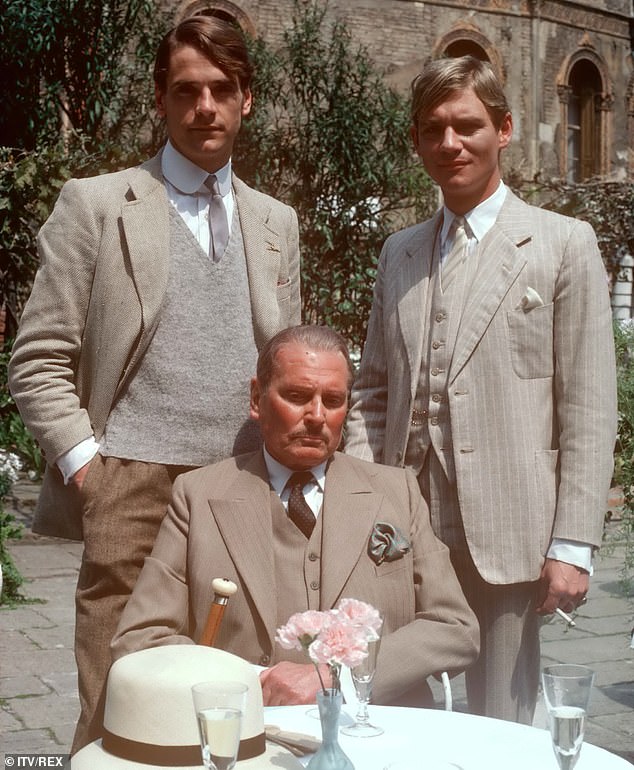 Other roles are being cast now for the sumptuous mini-series, which will start filming in the spring at locations in the UK and Venice. Jeremy Irons, Laurence Olivier and Anthony Andrews are pictured above in the 1980s version

Watch out! Osmania is about to sweep Britain again

Jay Osmond can remember arriving with his brothers at Heathrow airport, back in 1973, to hear that a wall had collapsed in the nearby Queen’s Building (which had a spotters’ terrace) under the weight of 10,000 screaming teenage girls, all trying to catch a glimpse of their idols, injuring 20.

‘That’s where Osmania started,’ the 65-year-old producer, singer, drummer and writer said. ‘It was a crazy time of our lives.’

The boys’ mother Olive told them always to ‘honour’ their fans. ‘We had an impact on the lives of young girls, and wanted everything to be appropriate,’ Jay recalled.

There were temptations, though. He sighed and said: ‘A lot of things were resisted. It was hard, being in the rock ‘n’ roll scene, but I felt protected by the family and our Mormon faith.

‘There were so many girl fans. It was a strange way to be a teenage boy, but I had to say No,’ he said, explaining how their father George would role-play situations that might arise.

‘Whether it was drugs, alcohol, girls or whatever, we would role-play on how to say No.’

Though after a bit of pushing from me, Jay did admit that, occasionally, he might say Yes. ‘I dated a lot of girls and . . . I had to go through a lot of therapy.’ 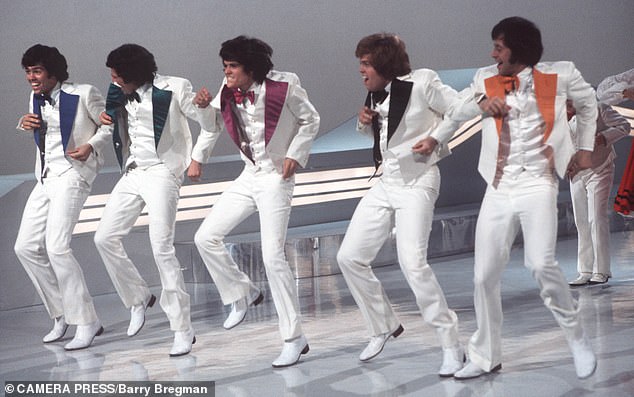 Now, 47 years on, Jay is ready to tell his story on stage. He has written The Osmonds: A New Musical — with a book by Shaun Kerrison and Julian Bigg — featuring all the Osmond hits from Crazy Horses to Puppy Love

The brothers’ hip-swivelling dance moves didn’t help matters because they whipped the fans into a frenzy.

Jay said it was Elvis Presley who introduced sex into their act after meeting them during one of their residencies in Las Vegas.

‘He used to come over and watch us. My mother reminded Elvis of his mother and we became friends.’

The brothers — initially just Alan, Wayne, Merrill and Jay — were a barbershop quartet, performing at Disneyland and then on the Andy Williams Show. (Donny joined the line-up later, and after him Marie and Jimmy.)

They were almost comically wholesome. Elvis gave them the once-over and said: ‘You’re doing a lot of tap-dancing . . . and that’s nice.’

He told them their outfits ‘needed a lot of work, too’. Jay laughed. ‘He told us we needed to ‘Macho it up!’

‘Notice all of a sudden, in the Seventies, we changed to jump suits?’ he said. ‘And Elvis and Chuck Norris got us to introduce karate into the act. So by the time we got to Heathrow, we were ready.’

Now, 47 years on, Jay is ready to tell his story on stage. He has written The Osmonds: A New Musical — with a book by Shaun Kerrison and Julian Bigg — featuring all the Osmond hits from Crazy Horses to Puppy Love.

The choreographer, Bill Deamer, has created some electrifying moves for the show, which will launch at New Wimbledon Theatre, London on August 26, 2021, before embarking on a lengthy tour of the U.K. and Ireland lasting well into 2022.

‘I want to tell our story properly, like a living memoir, from my heart,’ Jay told me during a call from Gilbert, near Phoenix, Arizona, where he lives with his second wife, Karen.

Jay likened the musical to Jersey Boys ‘without the Mafia connections and the swearing’.

It will follow the rise, fall and rise again of the siblings from Utah. They enjoyed a long career, but were hit with hardship when their financial advisers lost them $85 million. ‘As a family, we rallied together and rose above those tragedies.’

There were also tensions over the direction the band should take. The original quartet wanted to pursue the rock and roll sound, but the record company pushed them towards Donny’s drippier Puppy Love. ‘We ended up being like Donny’s backing singers.’

He insists he’s not going to make his brothers look bad. ‘I hope they’re going to like it, but this is my story.’

Jay had a complicated relationship with his father, an army sergeant and war hero.

‘We grew up to reveille every morning, and I was a number… Yes sir: one, two three…I was number six.

‘He treated us like soldiers, and trained us. But later I realised that this hard individual was a marshmallow inside.’

Osmond will travel to the U.K. next year to work on casting the sets of actors who will play his brothers through different eras of their lives.

The Beauty And The Beast musical is getting a makeover for its tour kicking off in May.

There will be new sets and costumes, including a radical change for Belle, the studious, independent, young woman who impresses the regal beast who was once a prince. 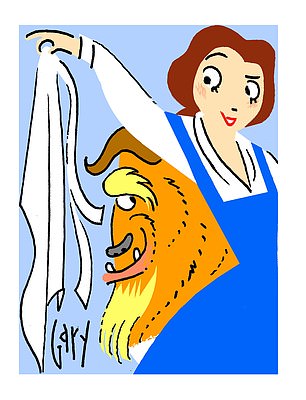 He was on a Zoom call to me from Sydney, where he’s paving the way for Frozen to open before it heads to London’s Theatre Royal Drury Lane next year.

With that ‘homemaker’ vibe gone, ‘you’ll hear a lot less of the word ‘girl’,’ Schumacher said. ‘You’ll still hear it. But not so much.’

And he was bursting to tell me about the exciting new tap-dance routine for the Be Our Guest number.

Director Rob Roth and writer Linda Woolverton have trimmed the running time, and enriched some of the characters.

The show, with music by Alan Menken, and lyrics by Howard Ashman and Tim Rice, will run at the Leicester Curve from May 25, 2021, before visiting Dublin, Bristol, Liverpool, Edinburgh and the West End.

Tickets from November 26 via beautyandthebeastmusical.co.uk.