The Disney Channel alum took to her social media on Sunday to share some photos of her kind acts of service for the environment.

The 21-year-old sported a barely there pink bikini as she carried around a bag of trash for her day of service. 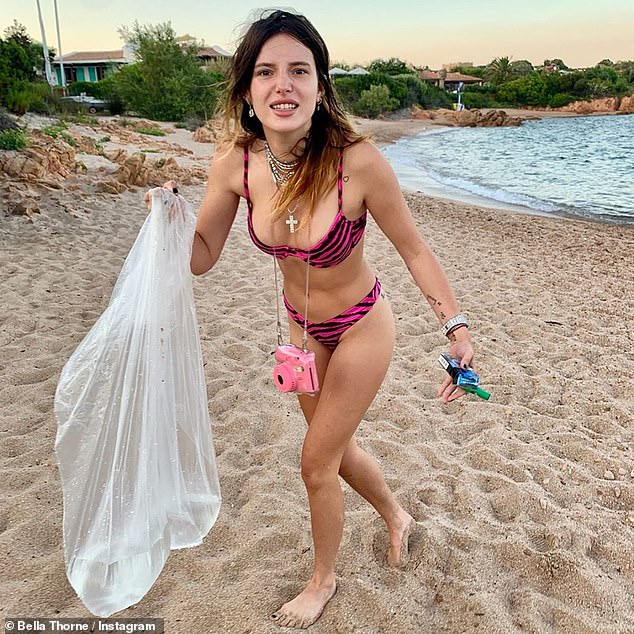 Cleaning up! Bella Thorne took to her social media on Sunday to share some photos of a beach clean up day

Her electric two piece was bright pink with black zebra stripes that displayed her toned assets.

She layered multiple silver necklaces on top of each other, with one long necklace that had a cross at the end.

To throw the whole outfit together, she carried a pink Polaroid camera to take pictures of her beach day. 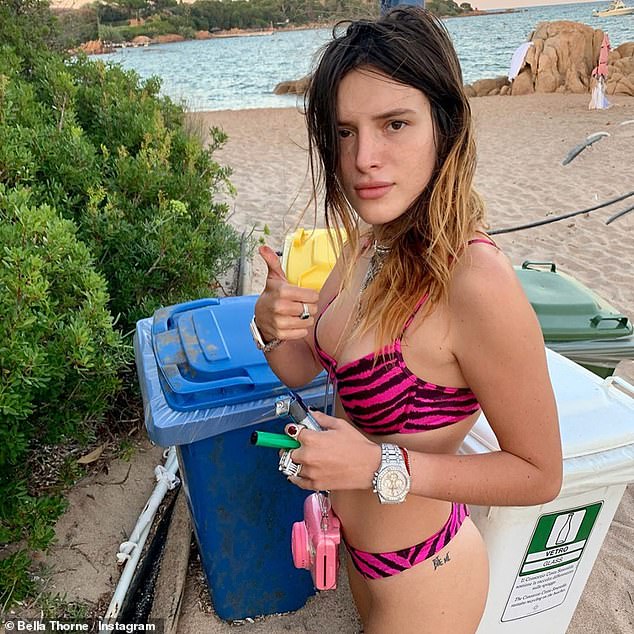 Beach attire: She layered multiple silver necklaces on top of each other with one long necklace that had a cross at the end

The Midnight Sun actress has been quite the busy girl lately which is why her beach cleanup comes as an impressive act of kindness.

She’s pretty much booked solid for the next year with multiple movies in production such as Girl, Southland, Exo and The Friendship Game.

But that’s not all, according to Forbes she’s also set to debut her very own marijuana line with Glasshouse. 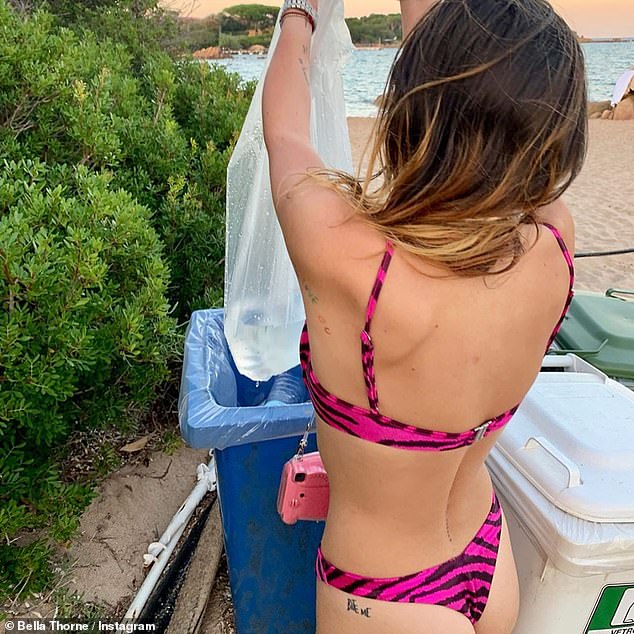 Capturing pics: Bella carried around a bright pink Polaroid camera as she cleaned up the beach with some of her friends

After breaking up with her girlfriend Tana Mongeau, Thorne focused on the release of her new book, The Life of A Wanna Be Mogul: Mental Disarray.

‘Yeah, we broke up over something really silly. But I always believe that things happen for a reason. But I’m not sure what that one was,’ she told the outlet about her breakup.

But in light of it all, she says that the two are still friends saying: ‘I love T,’ before complimenting how beautiful her eyes are.

Her book goes more in depth about growing up in the spotlight and becoming a star, mental health, and the loss of her father. 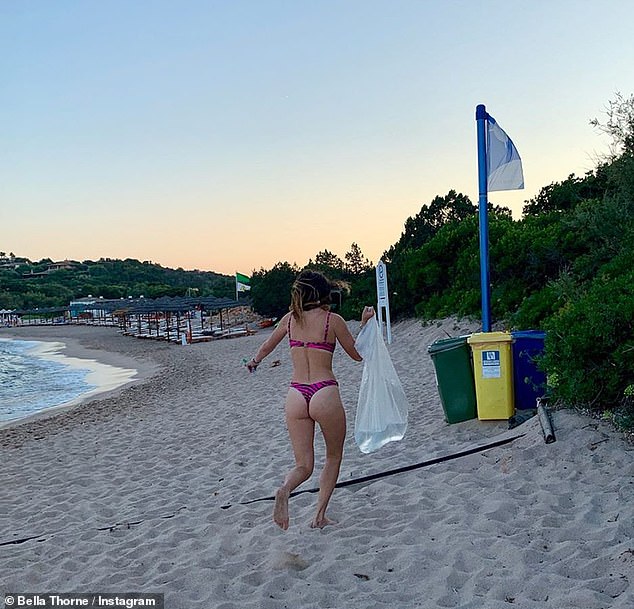 Toned: Bella showed off her toned figure while running on the beach to toss some trash away 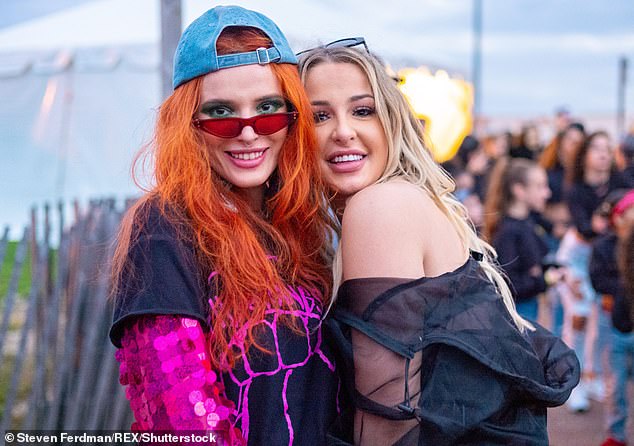 Former flames: Bella and Tana Mongeau smile after performing at the Billboard Hot 100 Music Festival in New York back in 2018 Is Emma Roberts the Reason Why This Former 'Star Wars' Actor Ended His Relationship? EastEnders' June Brown has QUIT the soap after 35 years as Dot Cotton
We and our partners use cookies on this site to improve our service, perform analytics, personalize advertising, measure advertising performance, and remember website preferences.Ok