Following their sexy sleepover, Ben Affleck and Jennifer Lopez took their kids out for lunch in Brentwood on Friday.

So cute! Jennifer Lopez and Ben Affleck were pictured gazing into each other’s eyes in a black Escalade after wrapping their arms around each other as they stepped out with his son, Sam, 9, and and her daughter, Emme, 13, for some lunch at the Brentwood Country Mart on July 9.

For their lunch date, Jennifer wore a white jumpsuit and accessorized it with a yellow Louis Vuitton bag and a pair of neon sneakers. Meanwhile, the Good Will Hunting actor, 48, wore jeans and sneakers as he showed off off his bulging muscles in a super fitted grey T-shirt. 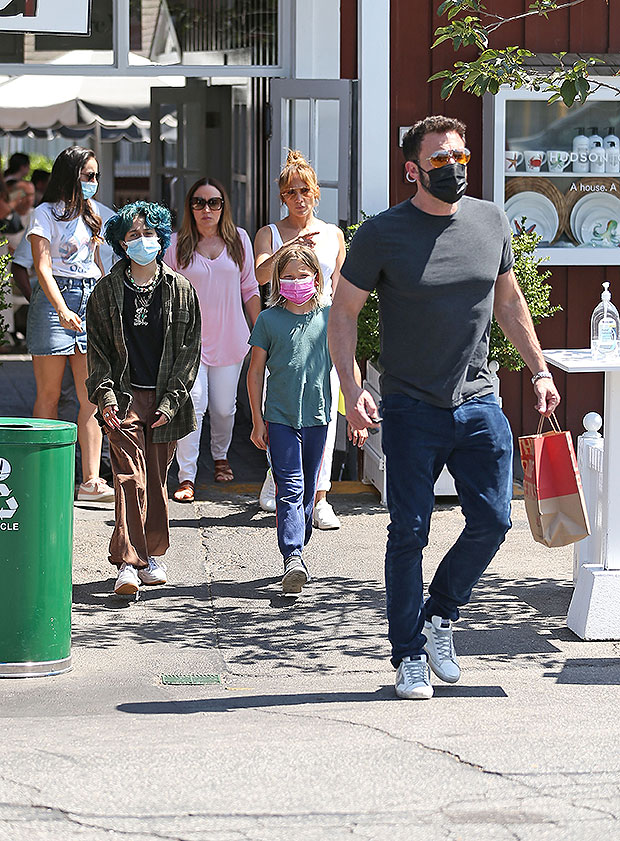 It was a fun family outing for Ben, Jen and their kids — just hours after J.Lo (and presumably Emme?) was spotted leaving his house earlier in the day. Jennifer was even pictured wrapping her arm around Ben’s backside after he ordered food for them at a restaurant window.

Sam drove to the mart with Ben in a black Escalade, but when they all left, Ben and Jen were the only ones seen getting into the Escalade. And that’s when they both gazed into each other’s eyes and smiled at each other lovingly. 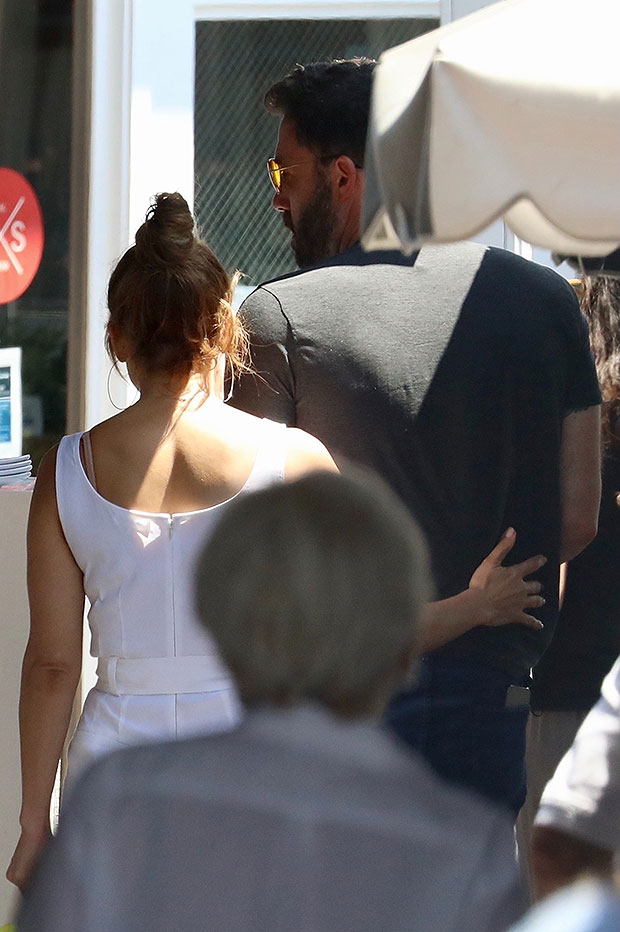 The kids, however, must have gone home with the driver who took Jen and Emme to the mart. This new sighting comes after Ben and Jennifer spent a romantic weekend together in The Hamptons for the Fourth of July. 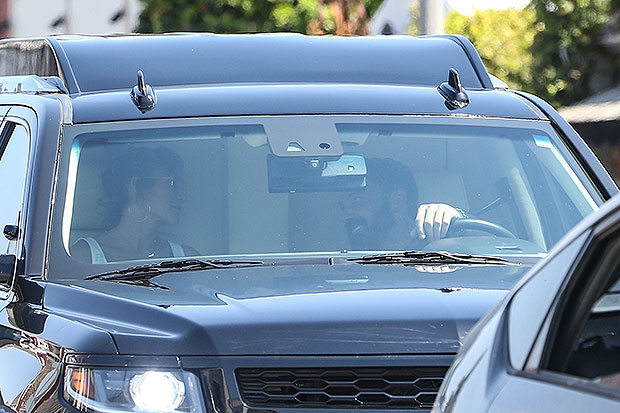 Ben and Jen have been inseparable since they rekindled their romance in April, and we don’t think they’ll be putting an end to their regular hangouts anytime soon.