Fans can add Betty White to the list of actors that Ryan Reynolds has harbored a “feud” with.

The “Deadpool” actor, known for his comical back-and-forths with the likes of Chris Hemsworth and Hugh Jackman, took to Instagram on Sunday to wish White a happy 99th birthday.

The two appeared in the 2009 film “The Proposal” together, where White played Reynold’s goofy grandmother.

To celebrate her big day, Reynolds, 44, shared a video on his Instagram Story, which was also shared by a “Golden Girls” fan account.

“We made this 12 years ago,” Reynolds captioned the video, according to Entertainment Tonight. “Betty turns 99 today, but she is 100 [percent] the funniest person on the planet.” 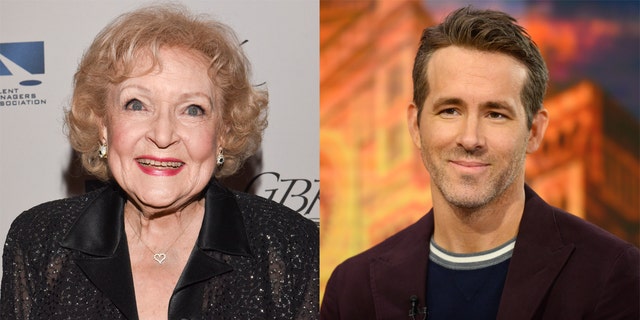 Betty White (left) and Ryan Reynolds (right) had a playful fake feud on the set of ‘The Proposal.’
(Getty Images)

The clip kicks off with Reynolds promoting the movie while on set with his co-star, Sandra Bullock. As Reynolds tells fans he plans to give them “a very special behind-the-scenes look” at the film,” White bursts into the room, shouting hello to passersby.

“I am so excited about this interview,” she said.

Bullock irritatedly asks Reynolds what his “problem with Betty” is after he stops the promo.

“I don’t have a problem with her, she hates me and I don’t really understand why,” jokes the actor.

Bullock storms off in a huff and greets White, who gushes over her co-star, calling her “America’s sweetheart.”

White then approaches Reynolds, who remains in his chair. She then flips the empty chair beside him to face the opposite direction before taking a seat and referring to the star as “Brian.”

“Get me a cup of coffee,” White demands before Reynolds explains they’ve been “working together for weeks,” and should know who he is.

White retorts: “Then you’ve been a terrible assistant the whole time … when Betty White says she wants a cup of coffee, you get her a f–king cup of coffee. Ab-crunching jacka–.” 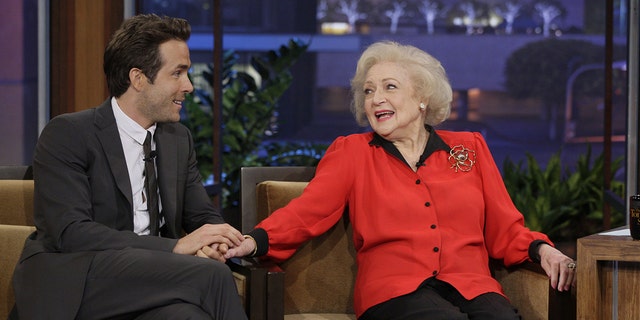 In the caption of his video, Reynolds (left) called his ‘The Proposal’ co-star Betty White (right) ‘the funniest person on the planet.’ Photo by: Paul Drinkwater/NBC/NBCU Photo Bank

“I’m going to tell you exactly how it is, okay? You seem like an adorable, sweet old lady on the outside, but on the inside … you’re like this seething demon,” Reynolds jokes. “Why don’t you suck a hot c–k.”

White then runs to Bullock for comfort and the two hug while the “Golden Girls” star secretly flips Reynolds off.

The feud was all in jest, however, as Reynolds previously called Hemsworth “a no-good a–hat who looks like a bodybuilder f–ked a platypus” and telling Jackman that “everyone hates” him amid a faux feud made to raise money for charity.

White’s rep recently spoke to Fox News about the Emmy winner’s 99th birthday, revealing that she planned to spend it safely at “home doing various activities.”

Her birthday wish was rather simple as well: “That she remain as healthy as she is today for at least another year.”