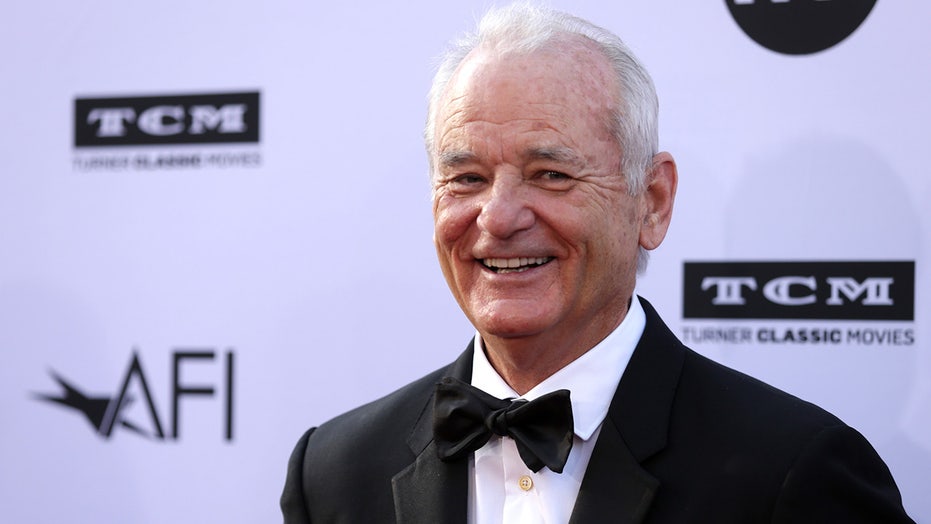 Bill Murray has squeezed quite a bit of work into his 71 years of life.

The comedy icon, who is celebrating his birthday on Tuesday, began his Hollywood career with a short film called “The Hat Act” in 1973, according to IMDb, just a few years before skyrocketing to fame as a member of the “Saturday Night Live” cast in 1977.

These days, he has two Emmys, a Golden Globe and an Oscar nomination – not to mention the remainder of his vast collection of accolades and nominations.

In celebration of his big day, here’s a look at Murray’s biggest roles:

Due to all of his success in the decades since leaving the cast, it’s easy to forget that Murray was a part of the “SNL” family during its early days.

Though not a member of its inaugural cast, Murray came on board during season two of the popular and long-running sketch comedy series. He’d remain on the show for several years, departing in 1980. He’d return the following year as a host and again in several more times since.

During his tenure, Murray became famous for playing characters like Nick the lounge singer, actor and “Family Feud” host Richard Dawson and Clark Kent, while his appearance as himself to predict the winners of the Oscars during the show’s “Weekend Update” segment is among his most memorable moments.

Not long after making it big on “SNL,” Murray became a mainstay in comedy films as well.

One of his earlier hits was “Caddyshack,” which saw him play a not-so-bright groundskeeper at a golf course who is tasked with a mission to hunt down a gopher that is damaging the course.

Among his antics are failed attempts at ending the gopher’s life with a rifle and a high-power hose. In his final attempt, Murray’s Karl Spackler detonates plastic explosives placed around the course, altering the outcome of a game.

Perhaps one of his most famous films, “Ghostbusters” saw Murray play the fictitious Columbia University parapsychology professor Peter Venkman who is fired alongside his co-workers after a paranormal encounter.

Out of a job but certain of the existence of ghosts, Venkman and his colleagues develop technology that allows them to fight and capture ghosts. They hire themselves out for such work and while business is slow at first, their skills come in handy when a powerful paranormal force called Zuul attempts to spark the apocalypse.

A sequel to the film was released in 1989 and a reboot starring an all-female cast of Ghostbusters was released in 2016 – Murray made a cameo appearance in the film as a paranormal expert, but Venkman did not appear. He is set to reprise his role as Venkman in the upcoming “Ghostbusters: Afterlife,” due to hit theaters in November.

In “Groundhog Day,” Murray played a cynical weatherman, Phil Connors, who travels to Punxsutawney, Penn., to cover the Groundhog Day celebration despite his disdain for the event and the town.

The next morning he wakes up to find he’s snowed into Punxsutawney and cannot leave. Suspiciously, the following day is exactly the same as the day before, and Phil realizes that he’s stuck in a time loop. Nothing he does seems to help him break the loop, including self-harm.

Eventually, his attitude adjusts and he uses the loop to prevent people from dying and the like, all while falling in love with a local named Rita. Eventually, the time loop is broken when he expresses his love.

Based on the classic television show, 2000’s “Charlie’s Angels” tells the story of a trio of female agents working for a top-secret organization as they set out to save the world.

While Murray didn’t play one of the ladies, he did play a man by the name of Bosley, assistant to the mysterious and titular Charlie, who only communicates remotely via radio.

Bosley is mixed up in the ladies’ mission when he’s abducted, but he’s ultimately saved and treated to a ritzy vacation for his troubles.

After years and years of churning out comedy films, Murray began to appear in more dramas. He struck up a partnership with writer-director Wes Anderson and has since been a regular in his films.

Among the movies they created together is “The Royal Tenenbaums,” in which he played a neurologist who is conducting routine tests on another man. Throughout the film, he realizes that his wife is having an affair and publishes a successful book about his studies.

Murray has collaborated with Anderson on a number of other films, including “Rushmore,” “The Grand Budapest Hotel” and more.

Murray’s most critically acclaimed performance came in the film “Lost in Translation” in 2003.

The film follows Murray as a fading movie star who travels to Tokyo where he befriends another American misfit – a recent college graduate played by Scarlett Johansson. The two bond over feeling displaced in Japan, as well as their shared uncertainties about their marriages.

Murray was nominated for an Oscar for his performance. While he didn’t take home the gold, he did win other prestigious accolades for his work such as a Golden Globes, a BAFTA and an Independent Spirit Award.

Another writer-director that Murray frequently works with is Sofia Coppola. After they worked together on “Lost in Translation,” they re-teamed for Apple TV+’s “On the Rocks.”

The movie follows Murray as Felix, a man living a playboy lifestyle who reconnects with his daughter and helps her investigate whether her husband is having an affair.

The movie earned Oscar buzz for both Murray and his co-star Rashida Jones, though neither was ultimately nominated. Murray did, however, earn nominations for a Golden Globe and a Critics’ Choice Award.