Billie Eilish reveals she got her 1st tattoo this year, but don’t expect to ever see it 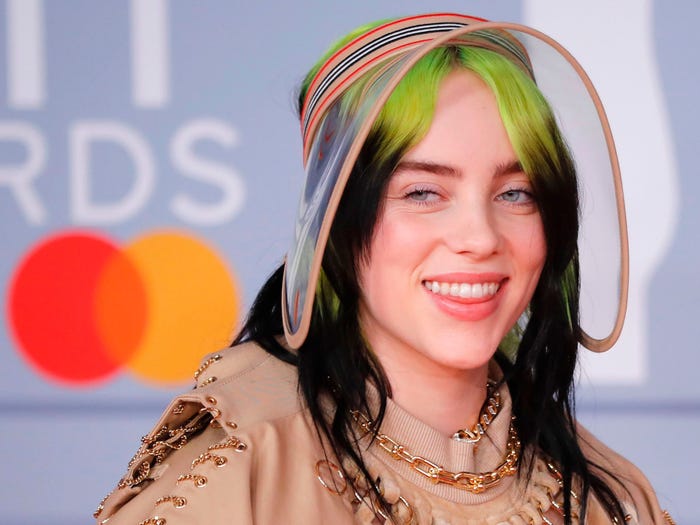 Billie Eilish followed through on her wish to get a tattoo that "barely anyone can see."

The 18-year-old's annual Vanity Fair time-capsule interview, in which she answers the same questions for the fourth year in a row, was released on Monday.

In the interview, Eilish revealed that she got her first tattoo this year after watching her 2019 answer to the question: "What will you embark on for the first time?"

Then 17, Eilish replied, "A tattoo maybe. No face tattoos. The only tattoos I want to get are the ones that barely anyone can see."

One year later, the Grammy Award-winning artist confirmed that she did just that.

The singer also spoke about body image and body-shamers when asked about the "biggest rumor" she's heard about herself during the recent interview.

"There's this picture of me, like, running from my car to my brother's front door — on like, a 110-degree day, in a tank top," she said, referring to photos of herself in Los Angeles that had circulated online.

Eilish, who habitually sports baggy, oversized clothing, continued, "Everyone's like, 'Damn, Billie got fat! And I'm like, 'Nope, this is just how I look! You've just never seen it before!'"

She was then asked if she believes her messaging on body image has had a "positive effect," and the artist said that's "not really for me to decide."

"I love having kids relate to me and tell me that I make them feel comfortable in their bodies. If I can do anything, I wanna do that," she explained.

In an April interview with Dazed, Eilish said her own negative body image led her to adopt her signature loose-fitting wardrobe years ago.

"The only reason I did it was 'cos I hated my body," she said.

The musician became so accustomed to seeing herself in the baggy attire that she admittedly almost didn't recognize herself without it.

"There was a point last year where I was naked and I didn't recognize my body 'cos I hadn't seen it in a while," she said, continuing, "I would see it sometimes and be like, 'Whose body is that?'"