Evan Bass gave fans an alarming update on Monday. The ‘Bachelor In Paradise’ alum revealed that his ex, Carly Waddell, was rushed to a hospital and shared a picture of Carly from her ambulance bed.

“Carly [Waddell’s] first ambulance ride,” Evan Bass captioned a photo he posted to his Instagram Story on June 14. Evan, 38, shared a picture of the 35-year-old Carly lying in a bed, an IV in her arm. Despite this terrifying image, Evan assured fans that “she’s gonna be ok, and, my goodness, this brings back memories.” (Evan was apparently referencing his health scare during a 2016 episode of Bachelor In Paradise.) Later in the evening, Evan gave a second update on his ex’s health. He shared some good news while thanking all the BIP fans for their “prayers and support.”

“After 9 hours, we left the hospital, but she’s still in pretty rough shape and may have to go back,” wrote Evan. “Continued thoughts and prayers are so appreciated. And she knows she’s beloved.” Evan didn’t elaborate on what put Carly into the hospital and explained why he wasn’t going to disclose that information. “I know y’all wanna know what’s going on, but it’s her health and story to tell if she wants to share. (I did get her permission to share [the] photo from earlier, so you can just relax, Jan from Wisconsin).” 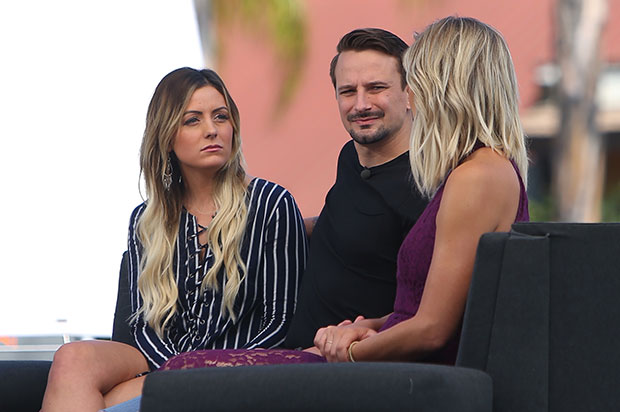 “In all the madness, [Carly] lost her phone,” added Evan, “and she really needs to rest.” Evan added that since Carly is recuperating, it “might be a bit” before she opens up about what happened and what’s going on with her health.

Evan and Carly, who have two children together, announced their split in December 2020 after three years of marriage. Despite the breakup, the couple has remained on good terms.

This post will be updated with any more information when made available.