Blac Youngsta has been arrested once again on weapon charges, this time in Dallas, Texas.

The 30-year-old rapper, whose real name is Sammie Benson, has been charged with unlawfully carrying a weapon and has had his bond set at $5,000. At the time of writing it was not known if he had yet been released.

According to a Dallas County jail lookup, the Memphis-born rapper, who has faced previous charges for firearm offenses, entered jail at 2.36pm yesterday and was locked up at Kays Tower detention center.

The Shade Room was first to reveal the news of the arrest on Instagram last night and said the rapper was currently being processed.

Benson’s attorney, Andrew Wilkerson, later confirmed the news and indicated he was on the case when he posted a pic to his Instagram feed from Dallas County Jail.

In the picture, a defiant looking Blac Youngsta stands behind some glass in a ‘Texas’ T-shirt holding his hands up high and flicking the bird. Lawyer Wilkerson is looking determined to do right by his client. 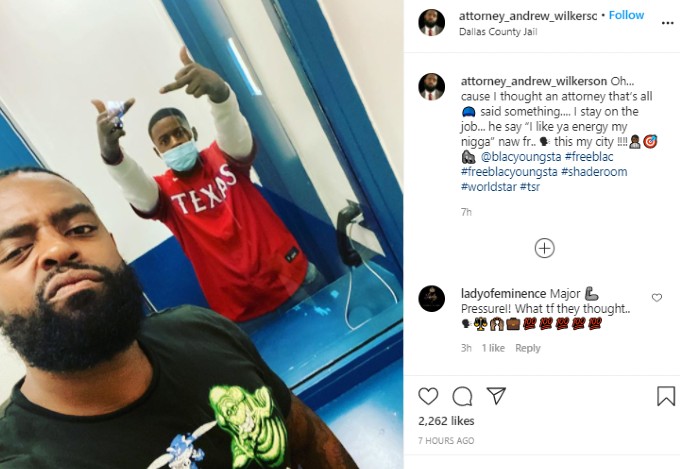 Back in August, Blac Youngsta posted a video to his Instagram which appeared to show him firing a gun out of a moving vehicle.

His arrest also comes a week after the rapper posted a video to his Instagram feed which showed him riding around in a car holding on to a semi-automatic rifle.

Looking directly at the camera, he yells out, “good f***ing morning American, make sure you brush your teeth, wash your face and load your K.”

It is not known whether the videos are connected to his latest arrest.

Blac Youngsta has previously been arrested on firearms charges. In November of last year, the rapper was arrested in Houston after a GMC Yukon he was traveling in was pulled over for a series of alleged traffic violations.

When the police searched the vehicle, they are said to have found three pistols and a stash of marijuana. Youngsta was also reportedly found to be in possession of armor-piercing rounds. He was charged with possession of a prohibited weapon.

In 2017, Youngsta was arrested after he was accused of firing a gun at fellow Memphis born rapper, Young Dolph; however, on that occasion, the charges were dropped.

The only official public details about Blac Youngsta’s arrest are what have been released on his bookin sheet: 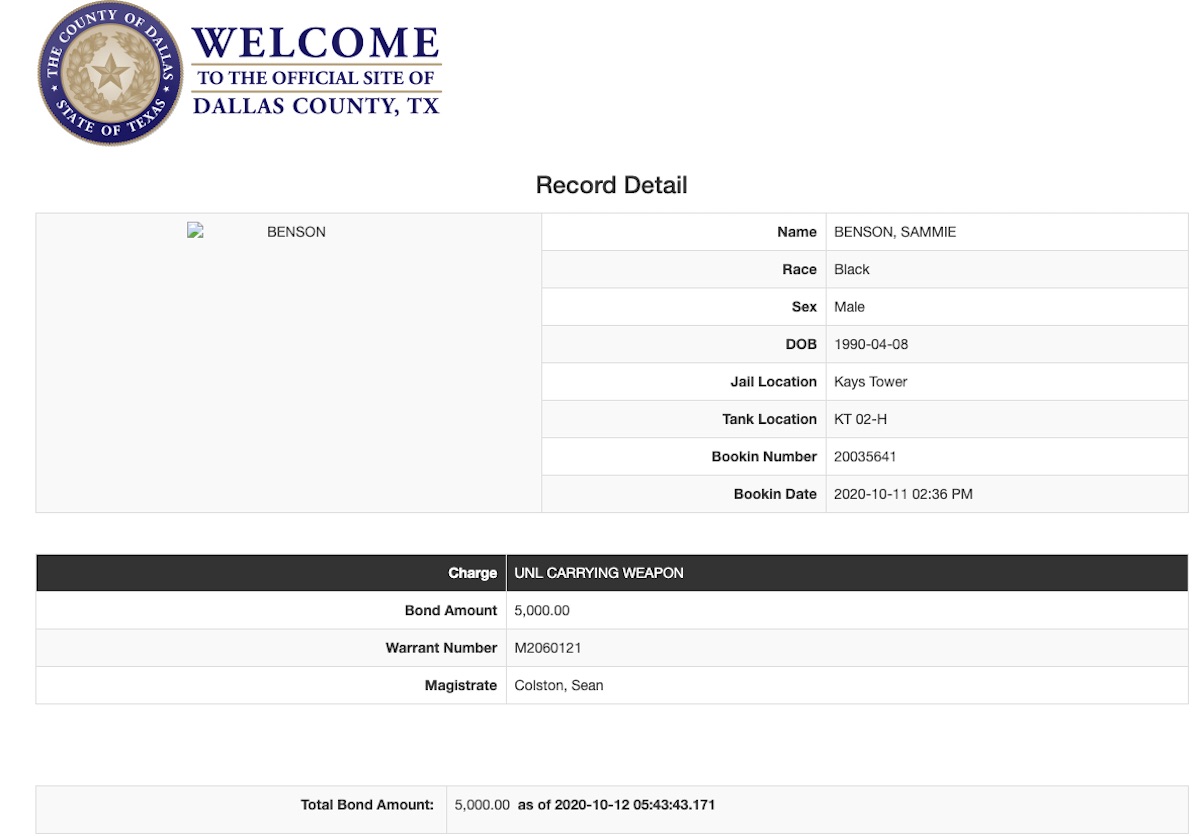 In other news, fellow rapper NBA Young Boy was one of 16 people arrested in Baton Rouge, Louisiana, at the end of last month, on drug and firearm charges. He reportedly faced charges of drug possession, manufacturing and drug distribution, firearm possession, and handling stolen firearms.

In July, rapper GlokkNine was arrested in Orange County on a charge of attempted murder with a firearm. The rapper now has a long list of criminal charges against him.