While reflecting about his 10-year stint on ‘The Voice’ during the show’s anniversary special, Blake Shelton reminisced about meeting his now-fiancee, Gwen Stefani, on the show.

Blake Shelton has The Voice to thank for his relationship with Gwen Stefani, who he’s currently engaged to. On May 3, the show celebrated its 10-year anniversary with a special episode, and Blake discussed meeting Gwen on the show during the tribute. “People ask me all the time, ‘What’s the greatest thing that’s happened to you since you’ve been on The Voice?’” Blake explained. “That’s a no brainer, right? I met my fiancee here!”

Blake has been a coach on The Voice since its very first season in 2011, and Gwen made her debut on the show during season 7 in 2014. At the time, she was married to Gavin Rossdale and Blake was married to Miranda Lambert. However, when Gwen came back for season 9 in 2015, both she and Blake were recently divorced from their former spouses. They connected on a deeper level while dealing with the same heartbreak in their personal lives. Behind the scenes, they quietly started dating, and have been together ever since! 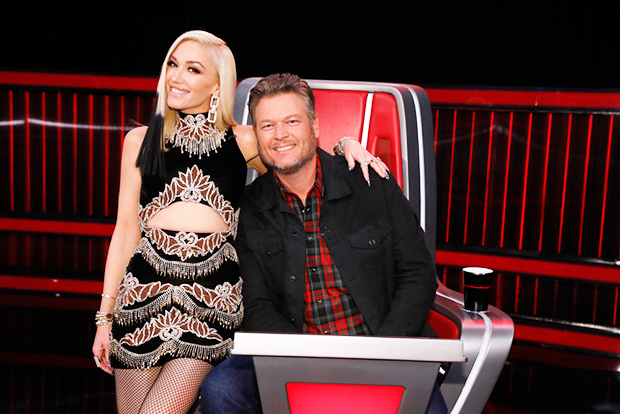 “If you told me back in 1996 that Gwen Stefani was going to be my girlfriend, I would have laughed you out of the room,” Blake admitted on the anniversary special. “I would have thought you were crazy. Saying it right now, I almost bust out laughing, that’s how ridiculous it is.”

However, Blake added that he “loves it” when Gwen is on the show (she returned as a coach for seasons 12, 17 and 19 as well). “She brings a very complicated element of competition for me in particular,” he gushed. “But I love that. I love the challenge. Just knowing that she’s there and she has my back is pretty cool.” 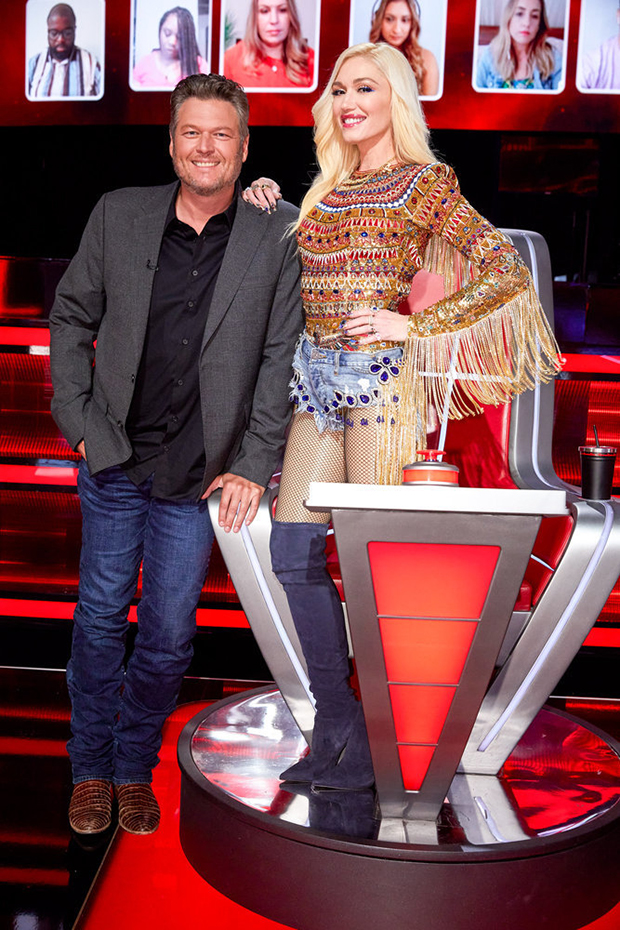 Blake proposed to Gwen in October 2020 after five years of dating. The two haven’t revealed their wedding date yet, but in March, Blake told Hoda Kotb that they’re hoping for sometime “this summer.” Gwen also recently said that she and her man are planning for a “simple wedding” that surprisingly “won’t have a lot of musicians” in attendance. “It’s gonna be, like, my mom and my dad, and like, just literally going to be family,” she explained. “We are looking forward to that, though. It’s going to be fun. We’re going to make it really fun, but it’s not going to be a big, like — you know, it’s not like the king and queen are getting married or something!”