It’s no secret Blue Ivy Carter is booked and busy; Beyoncé Knowles-Carter’s eldest daughter has been lending her talents to various multimedia projects since before she was even attending elementary school. From awards show appearances and magazines to guesting on her parents’ songs, Blue Ivy’s achievements over the past eight years are amazing. Now, she’s taken on a new solo gig with the audiobook adaptation of Matthew A. Cherry’s Hair Love, proving once again that Blue Ivy is making bigger money moves than many of us will ever dream of.

Hair Love outlines the powerful story of a young Black girl named Zuri who embraces and celebrates the beauty of her natural hair. It’s the book adaptation of the short film of the same name that won Best Animated Short Film at the 2020 Oscars. Blue Ivy lends her vocal talents to the new audiobook adaptation of the beloved story, but it’s certainly not her first vocal performance. Her various achievements and projects have always been inspiring, so here’s a list of some of the highlights of Blue Ivy’s career in media thus far. It includes some of the most touching moments between herself and her parents over the years, personal triumphs, and a hint at what’s to come from the Knowles-Carter royal family’s eldest heir.

She Narrated The Audiobook For Hair Love

Blue Ivy’s audiobook narration of Matthew A. Cherry’s beloved story Hair Love had the internet freaking out this week. The milestone marked her first professional endeavor in the book world.

She Completed The Outro of Beyoncé’s "Blue"

When Beyoncé dropped her surprise self-titled visual album in Dec. 2013, the world stopped. Blue Ivy’s appearance on one of the album’s most emotional tracks, "Blue," will leave tears in your eyes. As Beyoncé sings "hold onto me," you can hear Blue chattering in the background, making the moment all the more intimate and touching.

She Is The Youngest Winner Of A BET Award Ever

For her featured performance on "Brown Skin Girl," a song from The Lion King: The Gift soundtrack, Blue Ivy became the youngest winner of a BET Award in history. The honor is surely just the 8-year-old artist’s first of many historical achievements.

She Had Her Own Freestyle Verse On JAY-Z’s 4:44

JAY-Z’s 4:44 had the rapper’s fans scrambling to download Tidal back in 2017. "Blue’s Freestyle" ended up being a highlight of the record, and the adorable music video that goes along with it will leave a smile on your face.

She Appeared In Beyoncé’s Disney+ Film Black Is King

Black Is King premiered on Disney+ back in July 2020 to universal acclaim, and many fans took note of Blue Ivy’s sparkling performance alongside her mother.

Blue Ivy has walked a number of red carpets alongside her parents over the years, each time sporting a look that makes just as many headlines as her own mother’s gorgeous ensembles. And yes, it’s all designer — Alexander McQueen, Mischka Aoki, you name it. She’s worn it. 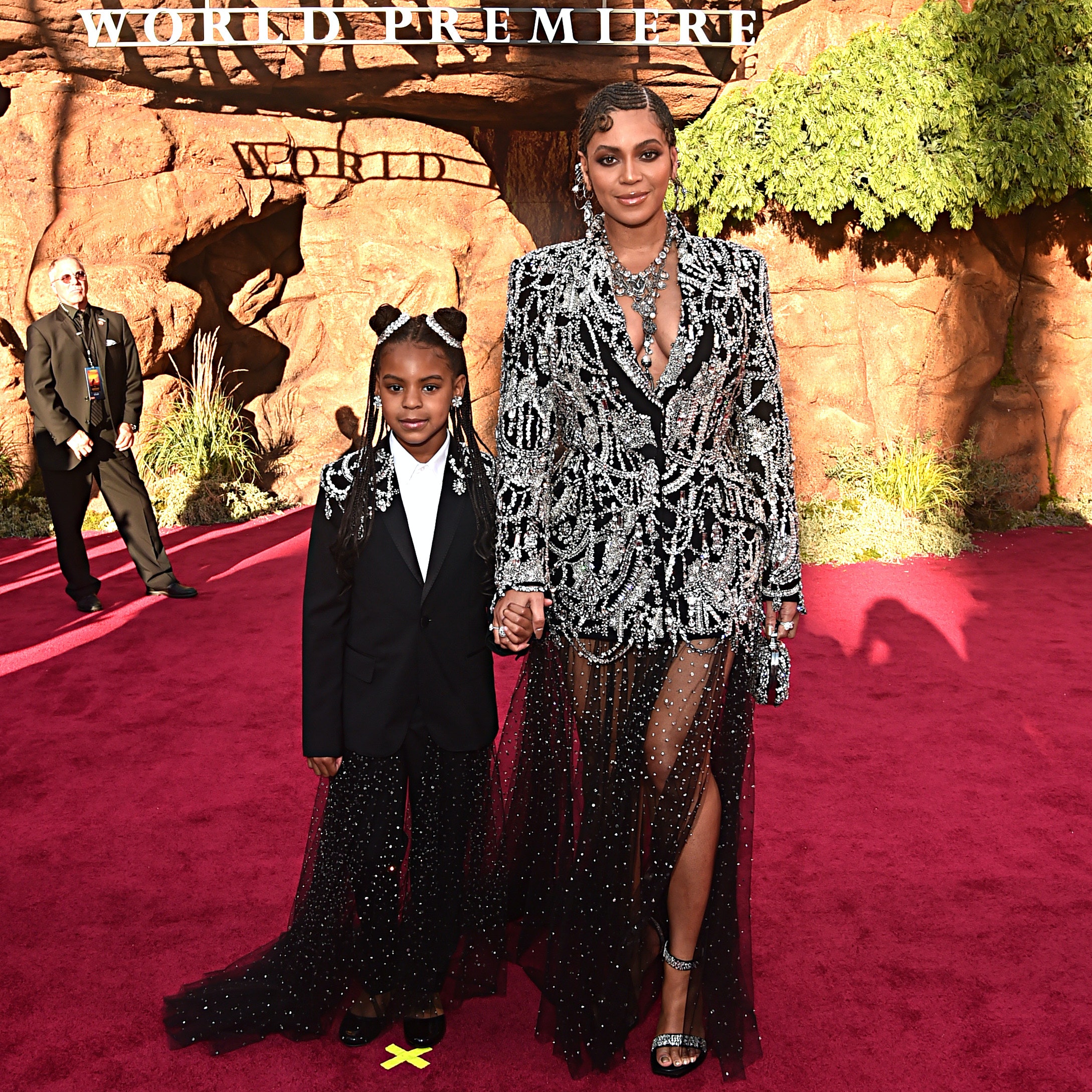