What a man. Brad Pitt looked sexier than ever when he emerged on the set of ‘Babylon’ with his shirt half-unbuttoned on Aug. 25.

Brad Pitt, 57, further proved he’s the hunkiest man in Hollywood on August 25, when he was spotted on the set of his new film, Babylon, wearing a half-unbuttoned shirt and black suspenders. He also paired the look with dark sunglasses and black trousers with his hair slicked back.

As Brad wrapped up filming for the day, he appeared more ready than ever to get home, strip off his clothes and jump in a nice hot shower. Or maybe that’s just our imagination, but we like what we’re envisioning, so let’s just go with it. 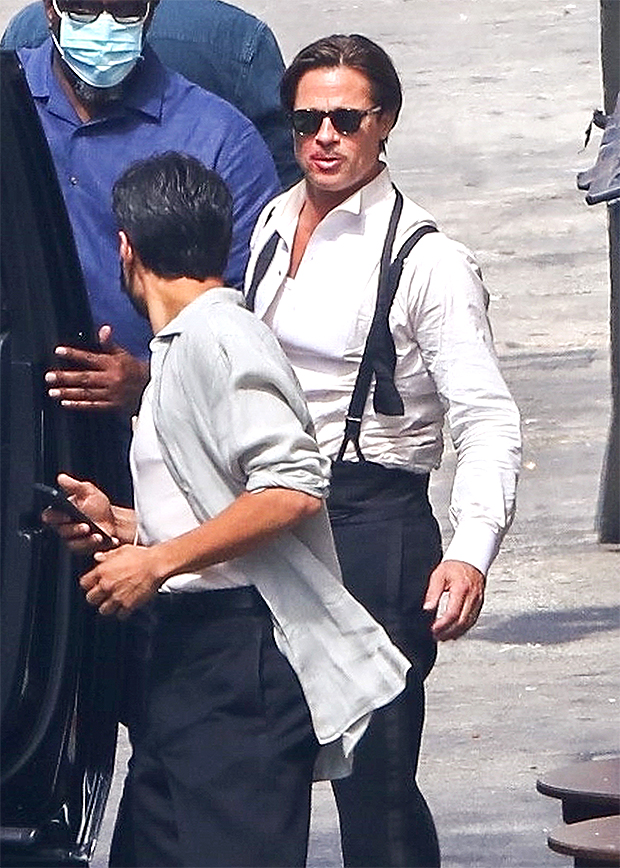 At this time, the plot of the movie is not yet known, but we’d be perfectly happy just watching Brad walk around half naked in the outfit he’s wearing in this photo. And to be honest, we have a feeling that many viewers would feel the same way. Take all of our money!

Along with Babylon, Brad has two other movies coming out in 2022 — The Lost City Of D with Sandra Bullock and Channing Tatum, and Bullet Train with Joey King and Michael Shannon. It appears as though it’ll be a busy year for Brad, who’s still embroiled in a lengthy child custody battle with his ex, Angelina Jolie.