Brooklyn Beckham is hand in hand with elegant Nicola Peltz

Wedding plans were put on hold as Brooklyn Beckham and fiancée Nicola Peltz made an appearance at Rihanna’s star-studded Met Gala after-party in New York City.

The young couple were hand in hand while making their way into an undisclosed location following an earlier showing at the main event, held annually at the city’s Metropolitan Museum of Modern Art.

Brooklyn, 22, led the way as they ventured past onlookers before entering the party, where guests included Lil Baby, Chance The Rapper and Rihanna’s boyfriend, ASAP Rocky. 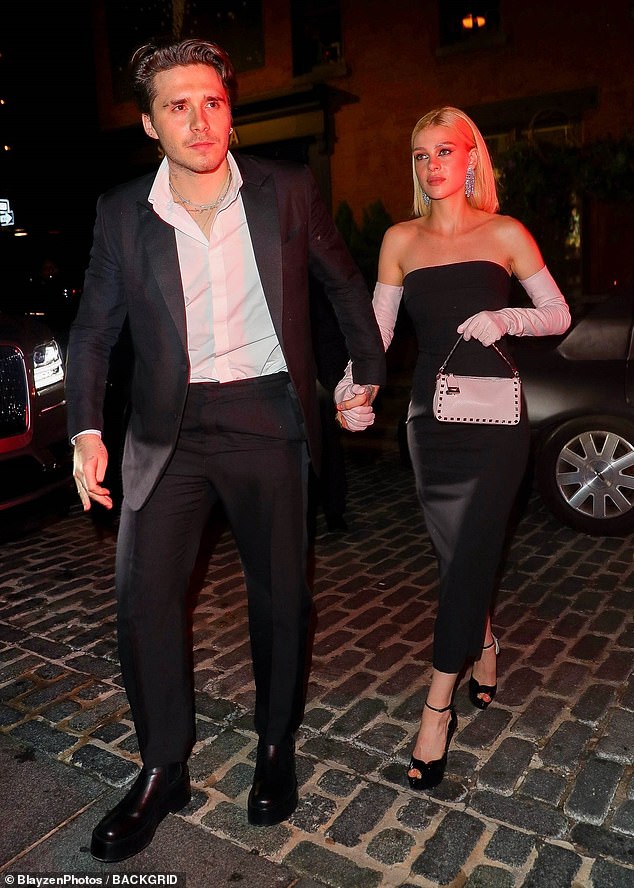 Here they come: Wedding plans were put on hold as Brooklyn Beckham and fiancée Nicola Peltz made an appearance at Rihanna’s star-studded Met Gala after-party in New York City

Looking appropriately stylish, the photographer opted for a smart black two-piece suit and crisp white shirt – at first glance the same outfit he wore while posing alongside his fiancée on the red carpet.

She added to her elegant look with a pair of strappy peep-toe heels, while a small leather handbag rounded things off. 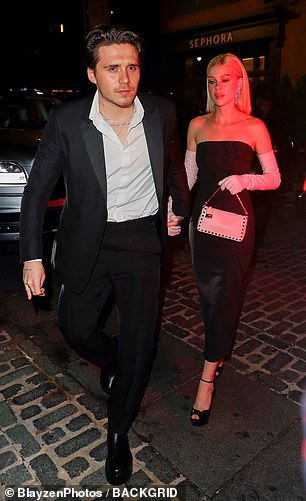 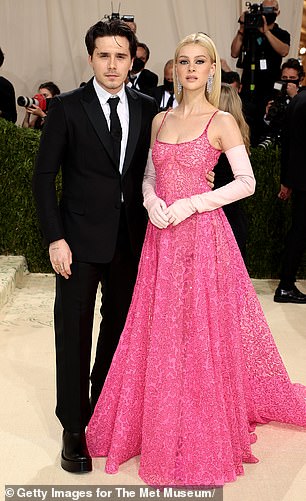 In love: The young couple were hand in hand while making their way into an undisclosed location following an earlier showing at the main event, held annually at the city’s Metropolitan Museum of Modern Art 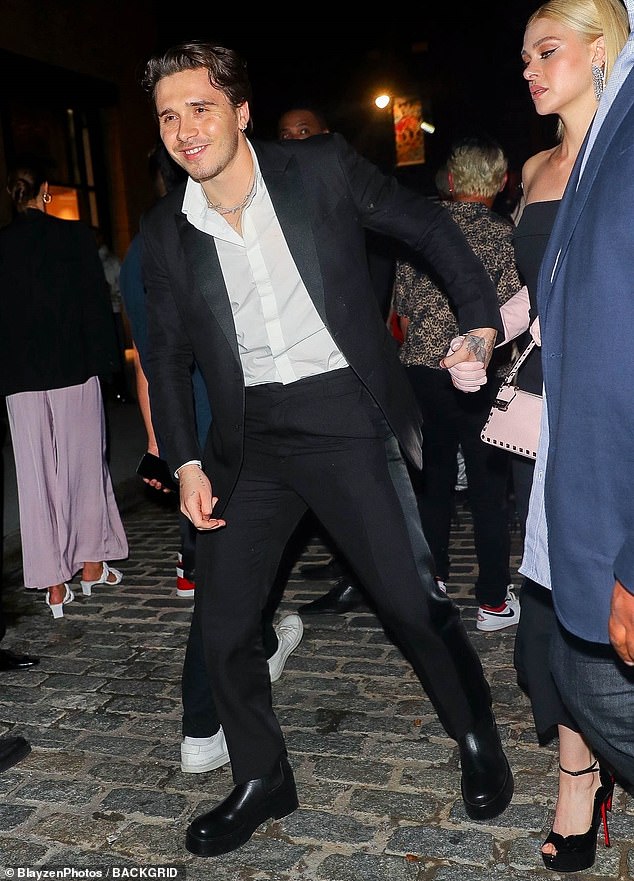 Upbeat: Brooklyn greeted onlookers with a smile as they made their way into the venue

Following last year’s cancellation and delays to this year’s event – which is traditionally held in May – sources claim hopeful guests have been ‘begging’ for an invite to Rihanna’s soiree, at the expense of other events.

‘One promoter was putting tens of thousands on the table in offers,’ an insider told the publication. ‘But everyone turned it down just to be at Rihanna’s party.’ 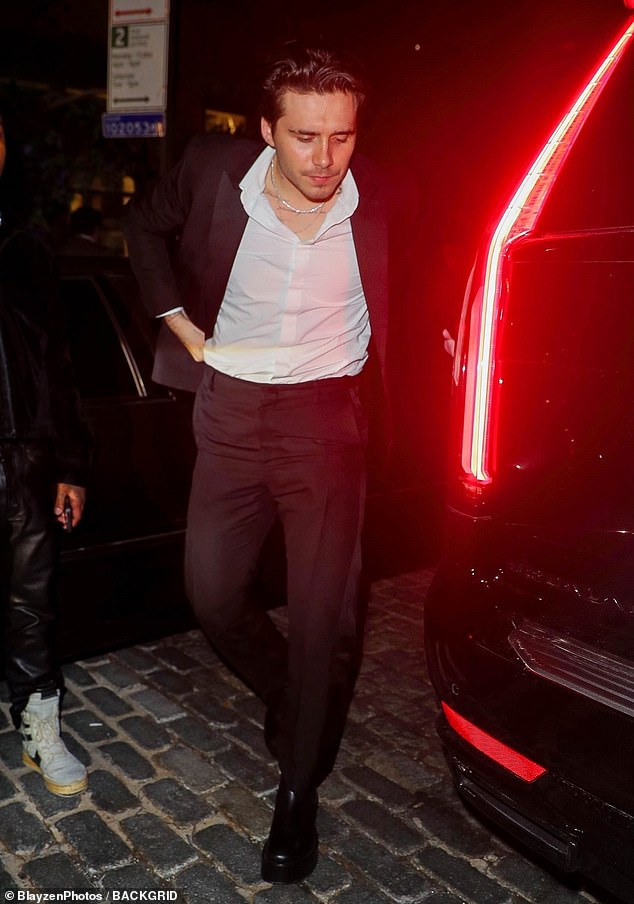 Here she comes: Rihanna kept the party going on Monday evening as she hosted her post Met Gala soiree at an undisclosed venue in New York City 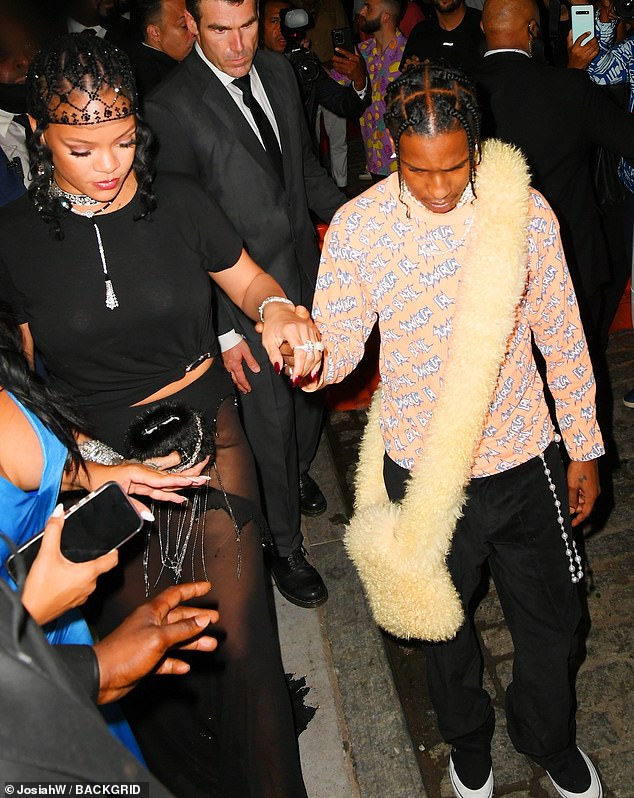 The other half: The singer was accompanied by boyfriend ASAP Rocky, shortly after their red carpet appearance

Earlier that night Brooklyn proved just how much he dotes on his future bride-to-be, as he was captured lifting up Nicola’s dress to angle it for the camera whilst she worked the room at the Met Gala.

The eldest child of former footballer David Beckham and fashion designer Victoria Beckham wasn’t afraid to pack on the PDA either, stopping several times to plant a kiss on the blonde beauty’s cheek.

Nicola really was pretty in pink as she completed her standout look with satin gloves and chunky boots that were visible when her fiancé kindly carried the bottom of the gown. 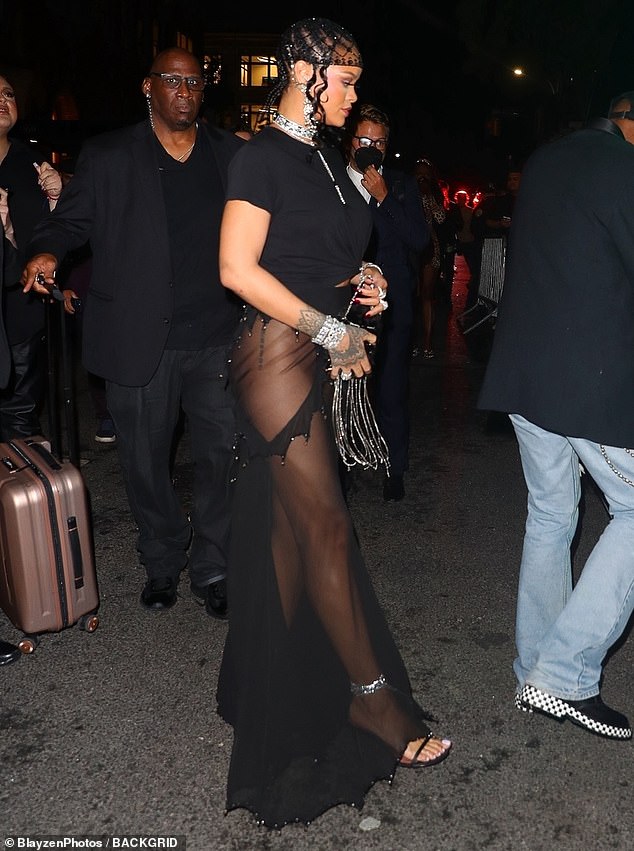 Looking good: Ensuring she caught the eye after trading her dramatic black gown for a simple short-sleeved top and matching sheer skirt, Rihanna was first in as the after-party got underway 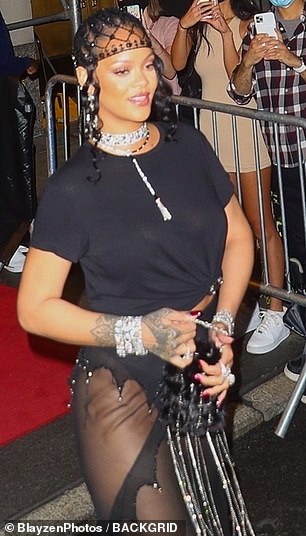 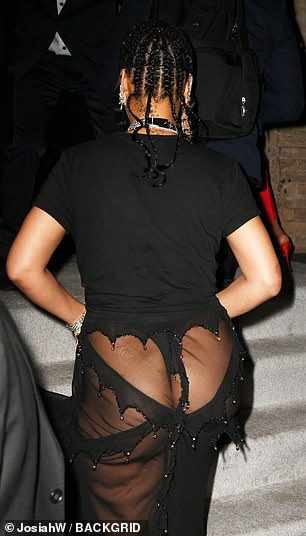 Bold: The singer added to her look with an intricate beaded head-piece, while her sheer gown partially exposed her bottom

The must-have accessory for all at this year’s gala was a Covid-19 vaccine, a requirement to attend the event.

The theme for the evening was In America: A Lexicon of Fashion and the event featured a heavy-hitting contingent of celebrity co-chairs: actor Timothée Chalamet, musician Billie, poet Amanda Gorman and tennis star Naomi Osaka. 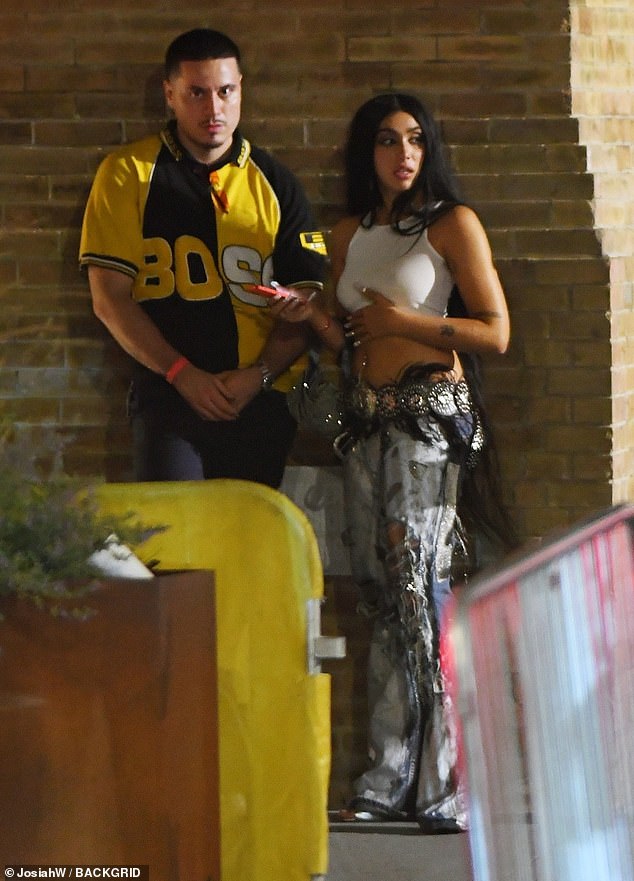