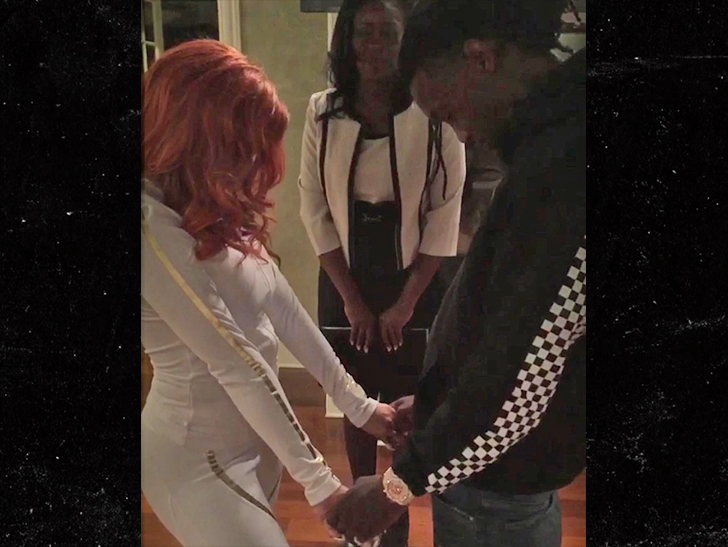 Cardi B just gave us the first-ever look at her wedding day … or night … it’s kind of hard to tell because it went down inside her bedroom.

TMZ broke the story … Cardi and Offset got married on a whim the same day he proposed to her … but there have been no photos of the secret ceremony. Cardi took care of that Thursday by posting a 1-year anniversary pic. Best #TBT of the day?

As we told you, the couple secretly tied the knot September 20, 2017 — a good month before Offset proposed to Cardi onstage. The fake engagement effectively threw everyone off the scent … until he started referring to Cardi as his wife in public, specifically at the BET Awards.

Once we did some digging, we found out they got a marriage certificate in Fulton County, GA the same day they got married.

One year later and they have their new baby Kulture, and fresh beef with Nicki Minaj.