Celebrity chef Carla Hall spoke to Showbiz Cheat Sheet about getting meals ready for the holidays, her new children’s book, and a new partnership. Here’s a peek into our conversation.

“Do what you know, first of all,” Hall tells Showbiz Cheat Sheet. “Take the pressure off by not trying to recreate a dinner that your mother did, or your grandparents did, or whoever was cooking.”

Hall explains it’s best not to try to copy the person who did most of the cooking because they likely had more practice than you. Don’t expect to make a meal that tastes exactly like theirs. That person has been whipping up meals for many years, so be patient with yourself.

“What you remember them doing was probably 20 years into the game,” says Hall. “If there’s something you’re not sure of, ask somebody to bring it!” 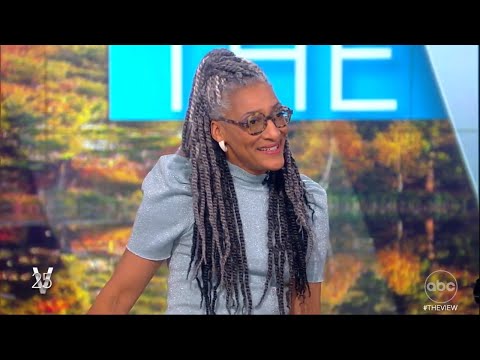 Hall released her children’s book, Carla and the Christmas Cornbread, in November. She says Sunday dinner at her grandmother’s house inspired the book. She says her grandmother didn’t make the cornbread ahead of time. Instead, she would wait until everyone arrived. “We had to be on the inside of the door,” says Hall. She says it took about 20 minutes for the cornbread to be ready.

“When you’re a young kid, and you’re like 7, you’re like, ‘Wait, when is the food going to be ready?’” jokes Hall. She initially thought she was going to write a memoir, but decided to pen a children’s book instead, which is something she always wanted to do.

What’s next for Carla Hall

Carla Hall recently partnered with Avast, which makes computer security and privacy products. Avast has an extension you can add to your browser so that when you accept cookies, the tool can look and see if they’re safe.

Hall says her work with Avast is all about demystifying the cookies that internet users often encounter online. Hall says not all of these cookies are the same. Some are harmless, but others might be out to grab your personal information.

“[Avast] is a global security company that protects us online,” says Hall. She says she was eager to partner with the company because she has been encountering the “accept all cookies” messages frequently.

For the campaign, the company uses a play on baked cookies to convey its message about digital cookies. Hall says she was the right person for this campaign because she’s not very tech-savvy.

“I’m not a techy, so I think I’m the perfect person to distill this information in very plain language, which was what my job was,” says Hall. “Because not only am I talking to people who are like me, I’m talking to myself so I can understand what happens to our information when it goes out in the world.”