Kym Marsh says she ‘feels uncomfortable’ when people help her

She missed out on being named 2015’s Rear of the Year to Kym Marsh, 44, but for Carol Vorderman, 60, it seems there is no bad blood between the two as she took to Twitter to support her friend after an “awful” operation. After showing her 456,000 followers the state of her kitchen following her attempt at making breakfast, the presenter told close friend and Corrie star “love you”, after the singer revealed she was recovering after surgery.

Taking to the social media platform, the former Countdown host posted a video on Twitter of her disastrous attempt at making breakfast.

She captioned the video: “Morning….put my coffee and knob of butter into the blender this morning…it EXPLODED.”

The short clip showed Carol’s kitchen walls and worktops splattered with brown marks, while the blender container was sitting in a tub in the sink.

In the video Carol could be heard saying: “Okay, I put it in the blender”, before starting to laugh to herself. 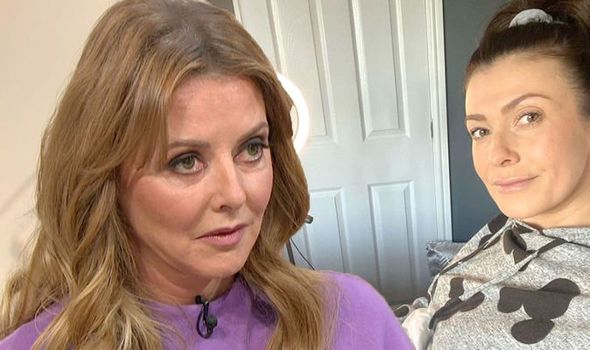 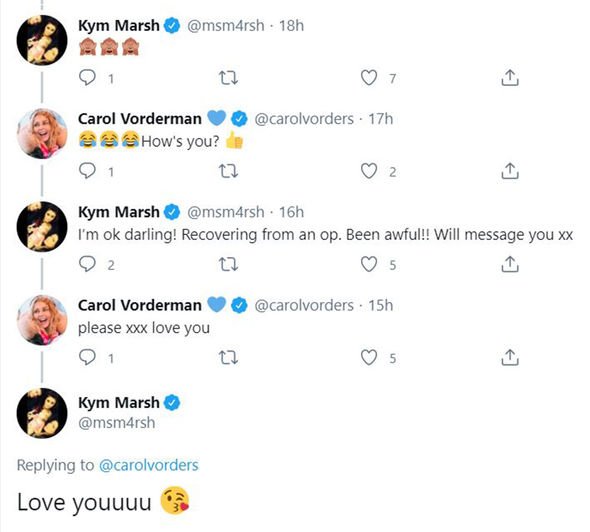 Kym responded to the clip of the breakfast disaster, as she takes time out from work commitments due to her health.

The former Hear’Say star tweeted three emojis of a monkey covering its eyes, to which the TV presenter replied, “How’s you?”

Kym responded: “I’m ok darling! Recovering from an op. Been awful!! Will message you xx.” 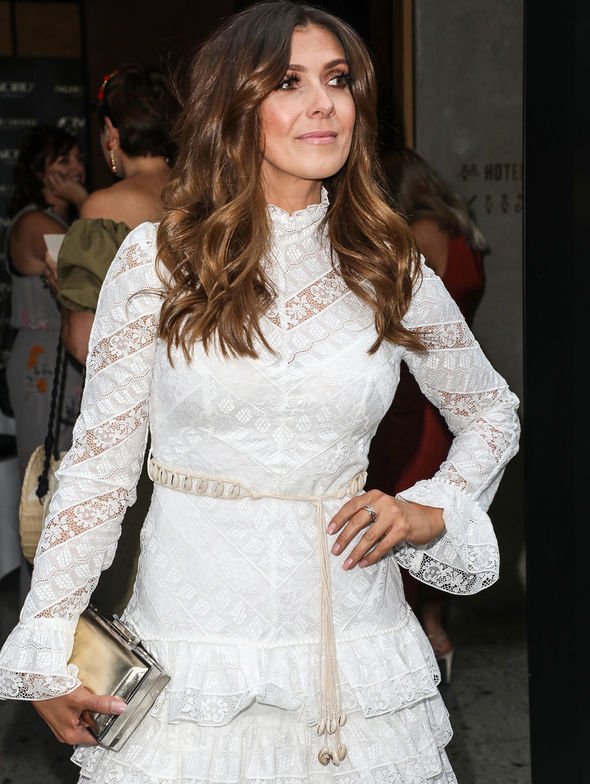 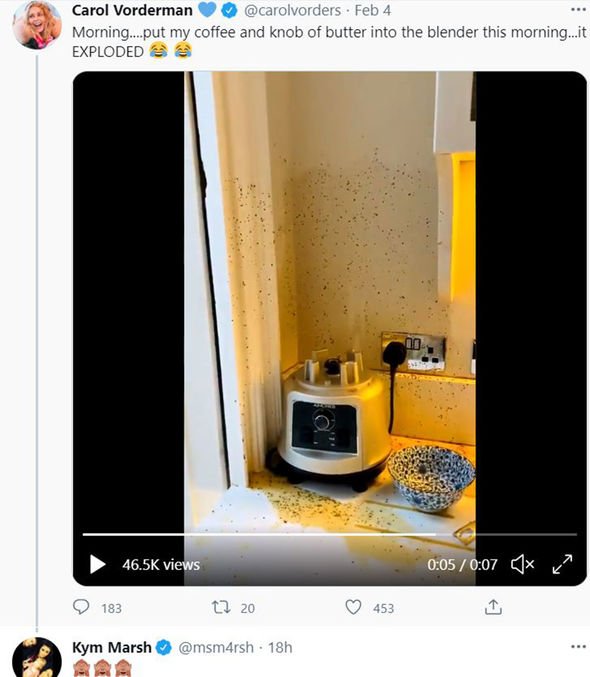 Kym was quick to echo Carol’s sentiments back to her, as she wrote: “Love youuuu”, complete with a kissing face for the TV presenter.

The friends have been close for years and in 2018 Kym took to her OK! column after the Pride of Britain Awards, where she showered her friend with praise.

“I caught up with the night’s host, Carol Vorderman – I love that woman.”

Kym continued: “She’s such a sweet person and there are no airs and graces with her.

“She’s down to earth and a genuinely nice person.”

Carol didn’t confess what caused the kitchen mishap, but presumably she didn’t put the lid on the blender tight enough.

It looks like the author was making Bulletproof coffee in her blender, which is made by combining coffee, butter and oil until smooth and creamy.

The beverage is designed to give a boost of energy throughout the day, whereas regular coffee can lead to caffeine crashes a few hours after.

It is also popular with followers of a Keto diet, although it is unclear whether Carol is a fan of the dietary plan.

Just days ago Kym was forced to pull out of making an appearance on Morning Live after struggling following her hernia operation.

The Corrie star was replaced by Oti Mabuse after being forced to delay her comeback, to ensure she can make a full recovery from the surgery.

Kym later took to twitter to give fans an update, she tweeted: “This recovery lark is not all bad. Columbo eps back to back and eating @PotNodle in my pj’s!!! Love it.”