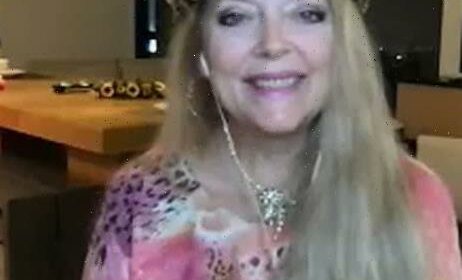 Carole Baskin is perhaps the most divisive figure to arise from 2020’s Tiger King phenomenon.

When it comes to animal welfare, she’s certainly in better standing than Joe Exotic.

Some people like jokes about her. Her missing husband’s family doesn’t feel that way.

No matter how you feel, know that she’s not going away. She’s about to tell her side of the story.

Carole Baskin is the CEO of Big Cat Rescue and, for a year and a half now, a controversial public figure.

The Netflix documentary showed a certain side of her — and of everyone involved, really.

Viewers of an upcoming Discovery Plus docuseries will get to see Carole’s side of things.

There, she will walk viewers through the battle for animal rights.

Her work and her passion is the protection of big cats.

This won’t just be about big cats in general, however.

Viewers will also get an inside look into Carole’s investigation into the G.W. Zoo.

That infamous zoo was the former property of Joe Exotic and then Jeff Lowe.

The zoo has since been awarded to Carole Baskin by the courts.

There have been a lot of accusations surrounding the zoo.

One imagines that there is a great deal to investigate … but the findings could be profoundly unsettling.

Carole may be the titular star, but she won’t be the only one.

They will join Carole and her team as they investigate the zoo.

There have been distressing allegations of animal abuse at the zoo — beyond Joe’s exiting convictions.

There are also allegations of other serious crimes that some believe took place on the property.

There is a lot of ground to cover and there are decades of history on the property to investigate.

Carole Baskin spoke in a press release to announce the new docuseries.

“This is a unique opportunity for audiences to come ‘behind the scenes’ with us,” she teased.

Carole continued: “for an unfiltered look at how we expose the cub petting exploiters and roadside zoos we feel are mistreating animals.”

“This is our real-life work within a dangerous world,” Carole continued.

“And viewers will see it comes with our people being threatened,” she shared.

Carole continued: “guns pointed at us and the bad guys shooting at our drones.”

Carole Baskin’s Cage Flight will premiere on November 13 on the Discovery Plus streaming platform.

It’s certain to be constroversial.

When a sequel to Tiger King was announced, the internet responded with collective disinterest.

It was a bonding thing for many people during the early weeks of pandemic lockdown.

To a lot of people, delving back into that world wouldn’t just be rehashing old news, it would be an unwelcome reminder of that time.

But this could be just different enough to draw an audience’s interest.

This isn’t a sequel to Tiger King — this is a related show that will take a different approach to that same world.

Honestly, we hope that it takes a more responsible look than the original docuseries did.

But Carole is also accused of, well, being a murderer.

Her missing husband’s disappearance was not recent, but his family still wants answers.

They are sure to have a lot to say about this.