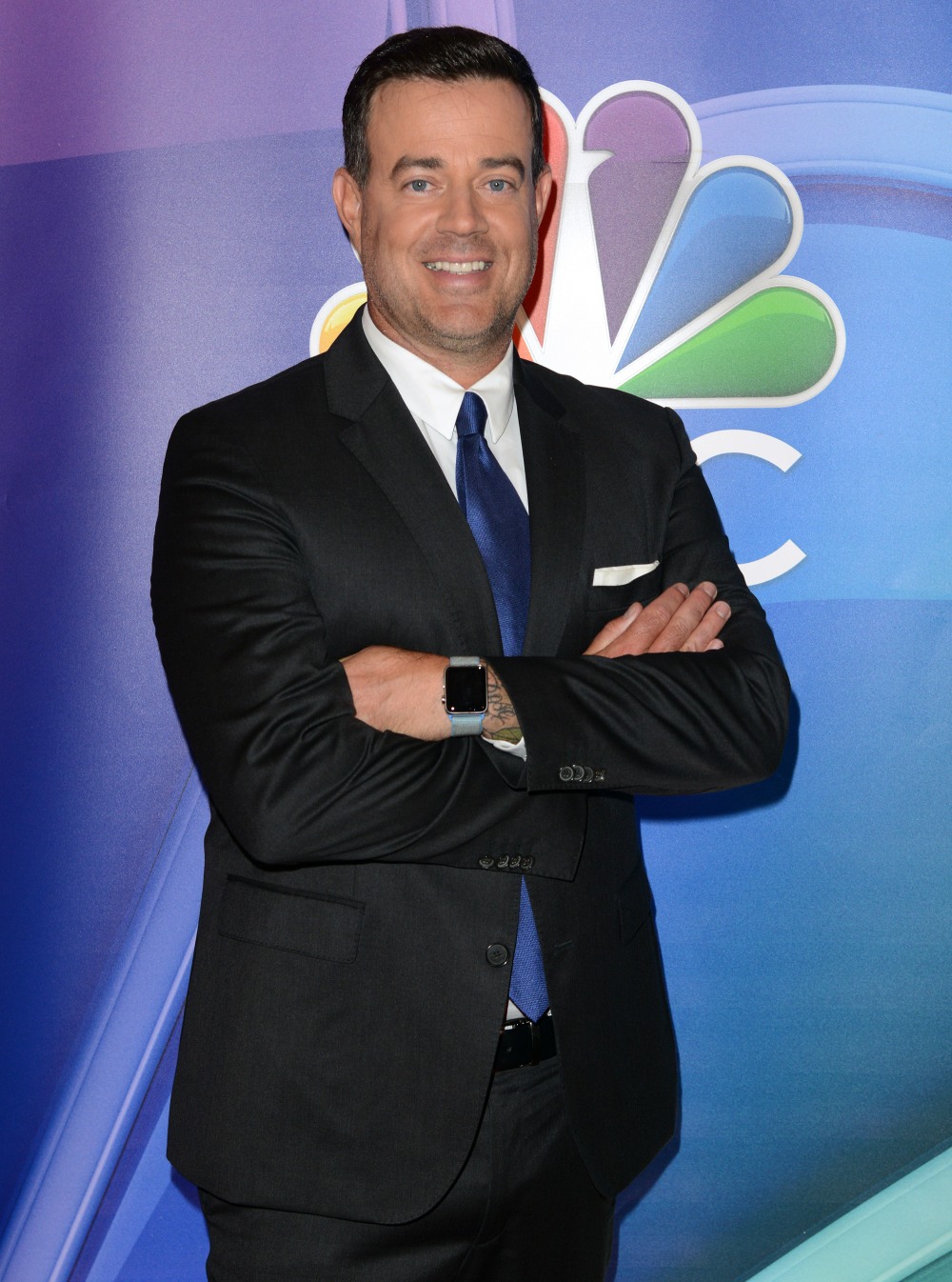 I think Jennifer Lopez looks amazing. I would love to have her figure, her skin, her vampire-like anti-ageing DNA. I know Jennifer lives a very “clean” life – no smoking, no drinking, lots of sleep and water and very healthy food. But if I was given a choice between “no carbs or sugar and you can look like J.Lo” versus “keep eating carbs and sugar and you’ll look like yourself,” I would still choose carbs and sugar. But J.Lo is trying to convince people that they too can look like ageless vampires if they give up carbs and sugar for 10 days. She and Alex Rodriguez convinced the hosts of the Today Show to give her “10-day challenge” a chance last Friday. Carson Daly couldn’t even make it 12 hours. Who knew that Carson Daly would be MY goal?

Carson Daly is not holding back when it comes to his thoughts on Jennifer Lopez‘s 10-day no carb, no sugar challenge. While sitting in front of the “J. Lo Confessional Cam,” Daly explained that his challenge “never really happened,” as he got off on the wrong foot by the temptation of his sister’s homemade chicken pot pies on Friday.

“Forgive me J.Lo, for I have sinned,” he said before entering the camera booth. “The challenge for me — I accepted it on Friday — never really happened,” Daly admitted. “By the time I got home, I had a text from my sister who doesn’t cook that often and she invited my family over to her family’s house. She made individual chicken pot pies. What am I supposed to do, not eat that? Am I supposed to show up with my own bag of broccoli and [say], ‘Oh, I can’t have any carbs?’ It’s Friday night!”

Things got worse on Saturday night when The Voice host went out to his favorite restaurant, known for their crispy french fries. Though Daly explained he did not order the fries on his own — someone else ordered them for the table — he admitted, “I can’t not have one!”

“I don’t know if I can do it. I really don’t think I can, to be honest with you,” Daly candidly said. “Or maybe just deep, deep, deep down inside I don’t want to.” Defending his decisions, Daly explained the challenge “doesn’t make any sense to me,” as he prefers to “celebrate life” with his wife Siri Pinter Daly and their three children: Jackson James, 9, Etta Jones, 6, and London Rose, 4. “I thought it would be easier because I don’t eat a ton of carbs anyway… there’s just a lot of sugar in everything, it turns out,” he finished. “So when you start making these micro decisions in the day you’re like, ‘This sucks. My life sucks now.’”

French fries and chicken pot pies? We stan. Carson Daly should give himself a break. I would be a mess if I did this for 48 hours – I actually think I could handle it for 24 hours, but two whole days? Nah. And after 10 days, I would either be dead or I would have killed someone in a carb-free blackout. I like that Carson Daly is like “yeah, it’s not for me.” 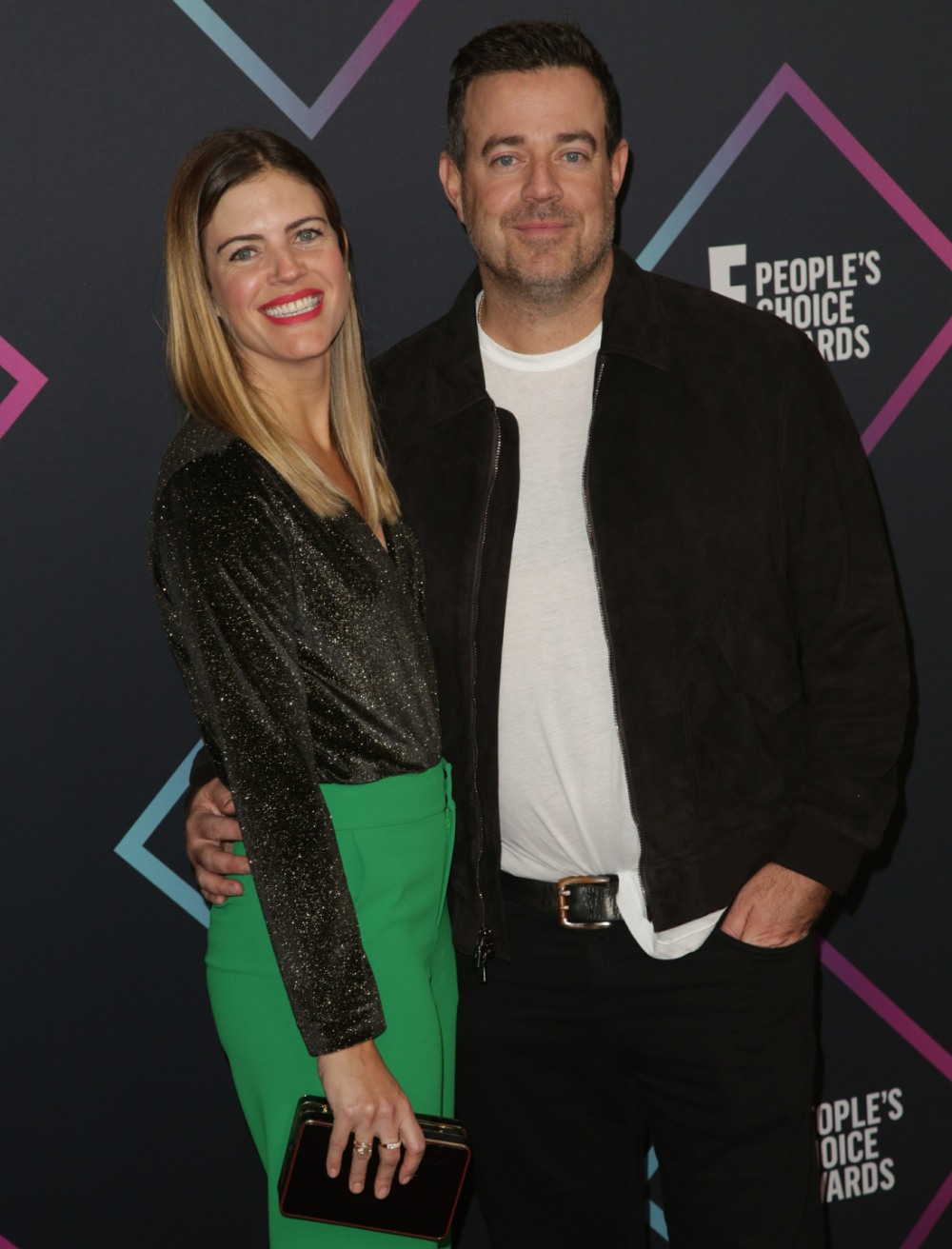