She was unveiled as the new celebrity ambassador for budget cosmetics brand MCoBeauty last week.

And Celeste Barber has already taken a very public dig at one of her competitors, cosmetics queen Kyle Jenner.

The Australian comedian, 38, who is known for mocking celebrities on social media, took aim at Kylie on Wednesday by parodying an Instagram video of the 23-year-old spraying herself with body oil from her own skincare brand. 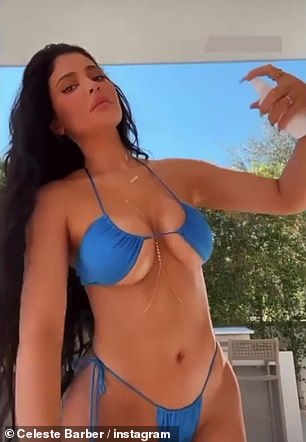 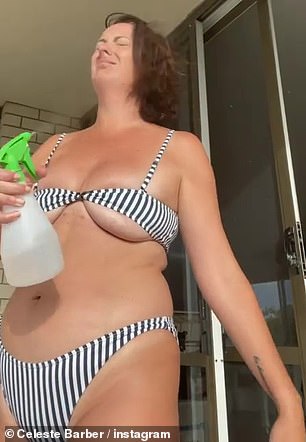 The claws are out! Celeste Barber (right) savaged Kylie Jenner (left) in a parody video on Wednesday, and reminded fans that ‘using Kardashian products won’t make you look like one’

In Kylie’s video, the makeup mogul parades her curves in a blue G-string bikini.

Wearing her bikini top upside down to display even more cleavage, the reality star sprayed her body with the oil while maintaining a seductive stare at the camera. 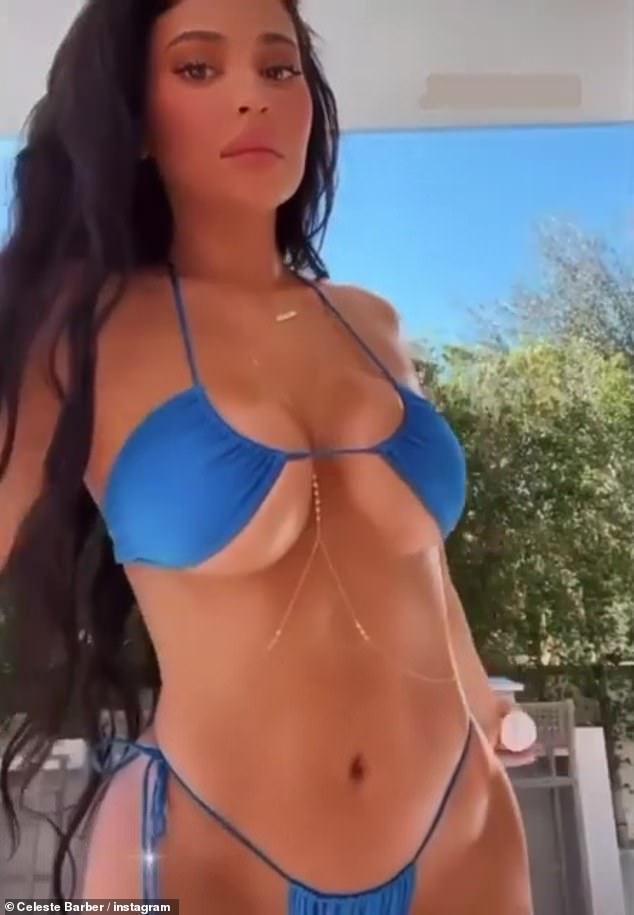 Va-va-voom! In Kylie’s video, the makeup mogul parades her curves in a blue G-string bikini 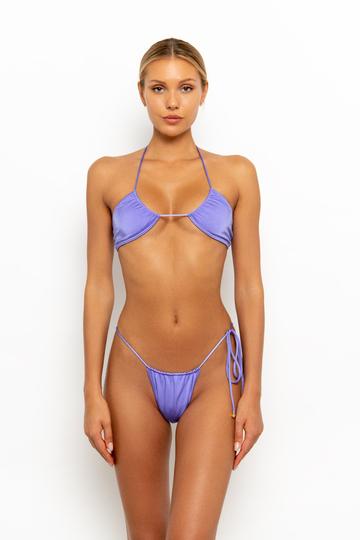 Poking fun at Kylie’s raunchy swimwear, the funnywoman wore her bikini top backwards, which meant the fabric cut uncomfortably into her chest.

Celeste looked rather frustrated as she scrunched up her eyes and sprayed water on to her body.

She wrote in the caption: ‘BREAKING – Using Jenner/Kardashian products will not make you look like one.’ 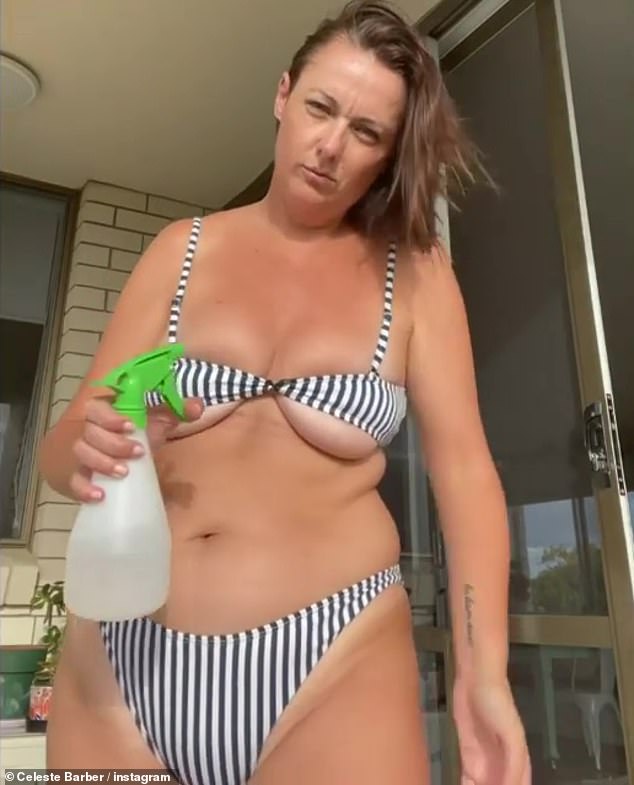 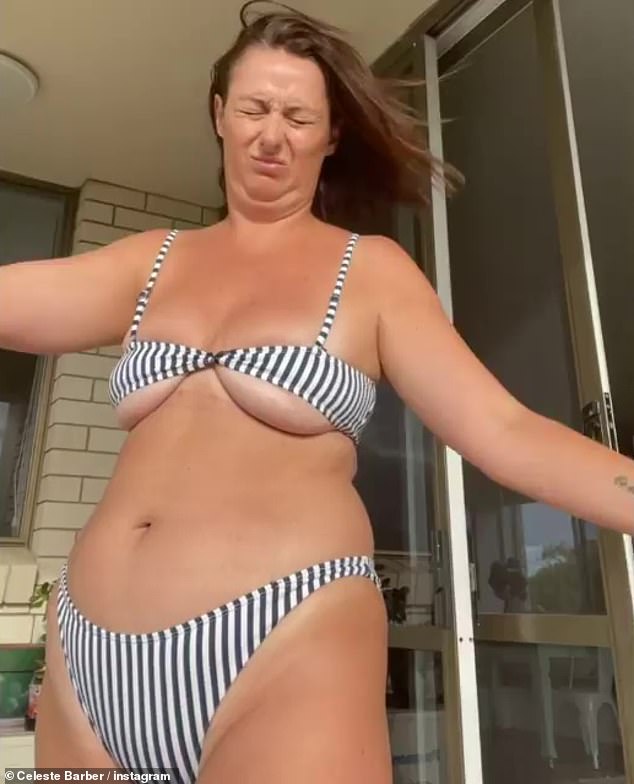 Not so glamorous: Celeste looked rather frustrated as she scrunched up her eyes and sprayed water on to her body

It comes just days after Celeste was announced as the new face of vegan beauty brand MCoBeauty.

The brand is known for its range of affordably priced imitations of high-end products, including the $45 Kevyn Aucoin mascara and Tarte Cosmetics’ $42 Shape Tape Concealer.

‘Honestly, I’m the last person who should be giving beauty advice, so I won’t,’ Celeste said on Instagram last week.

‘All I’ll say is I’m absolutely obsessed with the products. The XtendLash tubular mascara is the best I’ve ever tried.’ 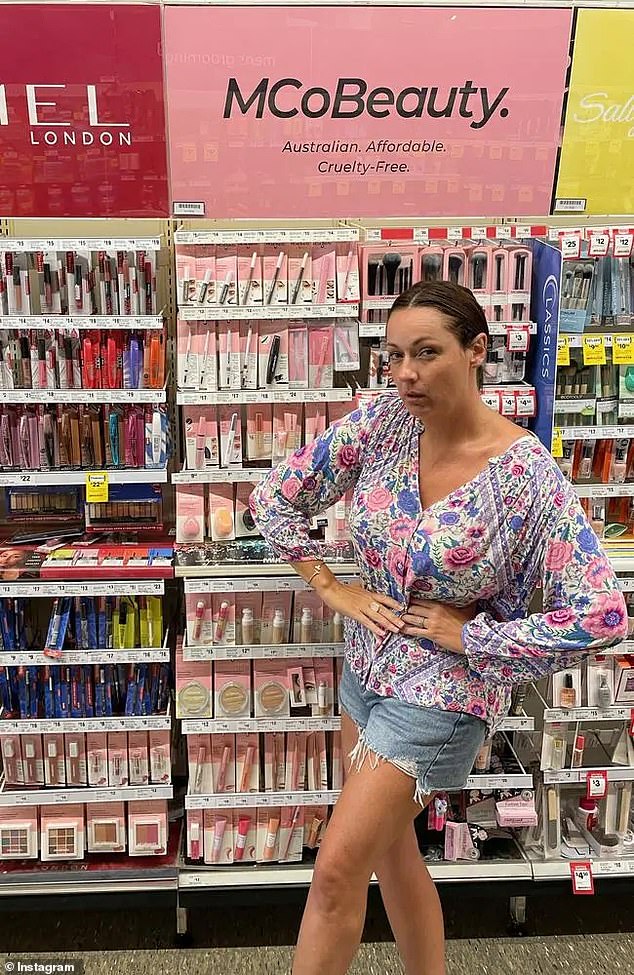 ‘I’m absolutely obsessed with the products’: It comes after Celeste was announced as the new face of affordable vegan beauty brand MCoBeauty last week