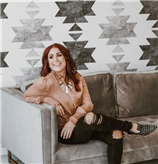 These are interesting times in the life of Chelsea Houska.

If the mother of four was hoping that things would settle down a bit after she quit Teen Mom 2, it seems she’s got another thing coming.

Chelsea’s life is still a subject of fascination for millions of fans — and quite a few haters, as well.

Which means that any time she posts anything on social media, Chelsea receives a massive response.

That’s both a good and a bad thing, of course.

It’s a nice reminder that Chelsea has maintained her fan base after leaving the show, and it’s a sign to those who are still on the cast that it is possible to remain relevant post-Teen Mom.

(Sure, it didn’t work for Farrah Abraham or Jenelle Evans, but they got fired, and they were never popular to begin with.)

Anyway, Chelsea has been sharing lots of pics of the inside and outside of her new home in recent weeks.

Houska and husband Cole DeBoer had the house built to their specifications, and it seems the process was a long and demanding one.

But now it’s complete, and spring has finally come to the Great Plains.

We’ll start with the good news for Chelsea.

She posted some pics of Cole hanging out with her kids, and fans were quick to gush over the whole DeBoer aesthetic.

In fact, fans weren’t content to simply praise the pics.

No, they implored the TV execs of the world to jump in and feed the public’s demand for more Houska by offering Chelsea and Cole a reality show.

“Just watched the season premiere of teen mom 2….it’ll never be the same without you but I am so happy that you made the decision that was best for you and your beautiful family,” a fourth fan gushed.

Even though she’s made it quite clear that she’s done with reality TV for the time being, we’re sure all of that feedback was reassuring.

Unfortunately, we all take the good with the bad on social media, and Chelsea’s photos of the inside of her house were not nearly as well-received

“My god she’s always been tacky, but this is just getting embarrassing,” one person commented on a post featuring several pics of Chelsea’s home decor.

“Seeing Chelsea’s crap makes me realize what a minimalist I am. Why does your candle need a chair? I sneezed just looking at this picture thinking of how dusty those feathers will get,” another wrote.

“Definitely agree. Over the last year I’ve gotten rid of so much excess, it feels so much better to not have clutter even if it’s supposed to be decor,” a thiord chimed in.

“Not every inch of the house has to be covered for it to feel homey and comfortable.”

Obviously, that’s not the sort of commentary that anyone wants to read about their own home.

But in a way, comments like that probably make Chelsea feel better than the complimentary ones.

After all, they serve to remind her why she stepped away from reality TV in sht first place.