The 30-year-old actor and self-proclaimed rapper — who used to go by the name ‘Chet Haze’ — was spotted filming in a black porsche and cuddling up to a bikini-clad video vixen while on set in LA.

Though he has tried to clarify that the title of his ‘movement’ is not racial in nature, and that he’s not talking about ‘Trump and Nascar type white,’ the name still raises eyebrows despite his assertion that it is about ‘good vibes.’ 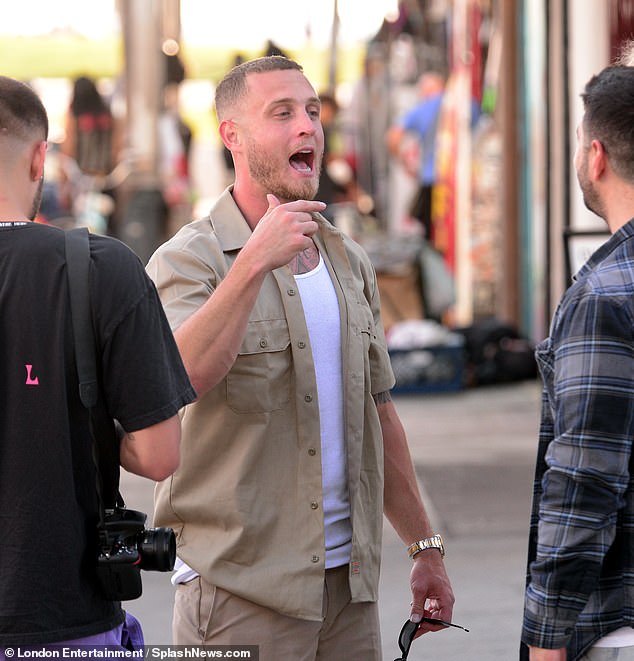 ‘White Boy Summer’: Tom Hanks’ controversial son Chet Hanks, 30, was spotted filming a video for his brand ‘White Boy Summer’ in LA after trying to clarify the  title is not racial in nature

Though the movement is somewhat confusing to many, he has outlined both wardrobe and behavioral modifications that need to be made in order for it to be a white boy summer, which he said is ultimately about inclusion and ‘elevation’ as a whole.

The Your Honor actor was seen wearing a matching Khaki shirt and short set and a pair of black Vans as well as Gucci sunglasses, while calling the shots on set.

He sported a wifebeater underneath — which conveniently enough is dubbed a ‘staple of White Boy Summerdom’ in his eyes, as he provided many rules about what things should be banned or celebrated as part of the ‘spirit’ of his movement. 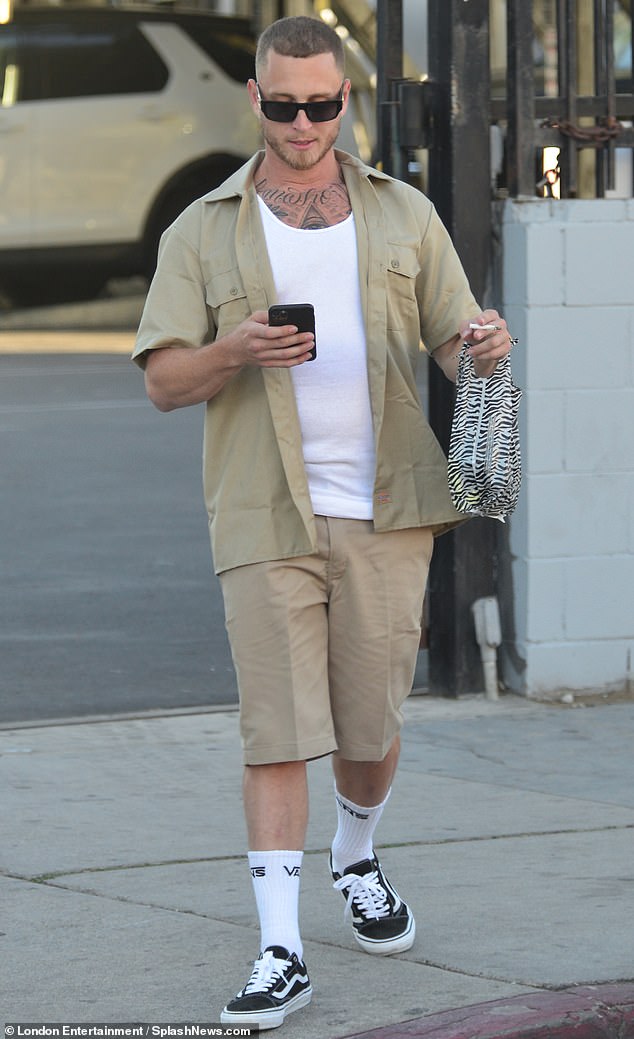 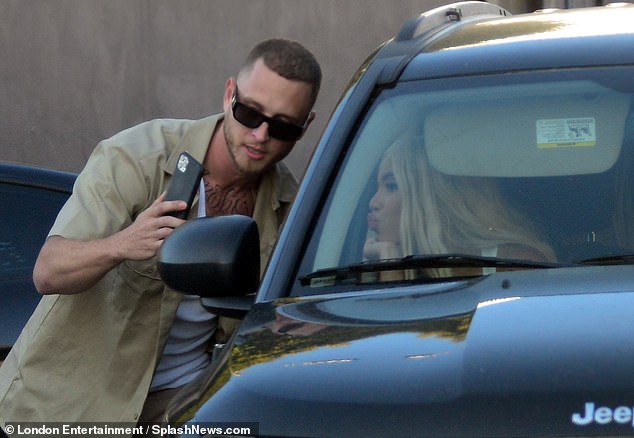 Inclusive: After clarifying the name is not racially tinged he made it a point to talk about how ‘prejudice’ is not part of his movement and his shoot featured a few women of color

Merch line: He is now selling white boy summer merch with an additional collection called ‘Black Queen Summer’ which he says is ‘year round’ for him

Perhaps a little too close to home, he is currently in the midst of a scuffle with his ex-girlfriend Kiana Parker, both alleging violence.

He posted a video of his face bloodied up and claimed she charged at him with a knife, Parker recounting the incident differently, and retorting he has roughed her up on a number of occasions prompting her to get a restraining order.

Chet filed a lawsuit against her in January for the bloodied face incident, claiming things escalated after he broke up with her when he found out she had stolen from him and racked up thousands of dollars on his credit cards.

He is suing her for assault and battery, theft, and mandating she return the funds she stole from him despite his presumably hefty Hollywood inheritance. 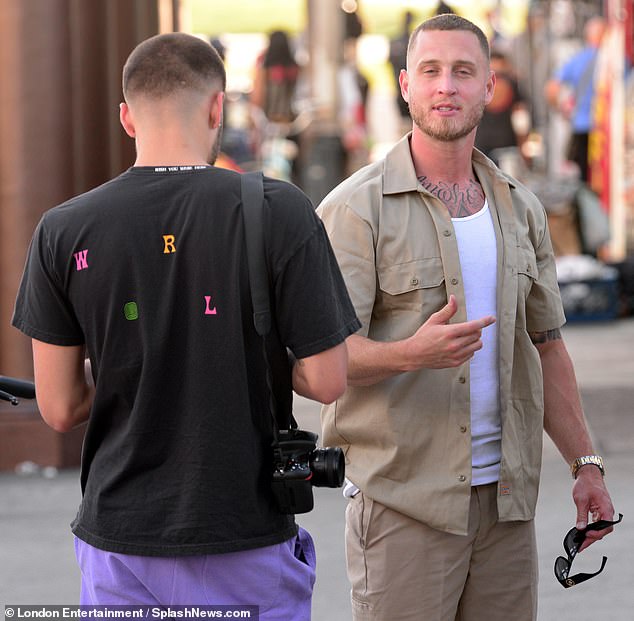 Scuffle: The actor is currently at war with his ex-girlfriend, both alleging abuse from one another prompting her to get a restraining order and him to file a lawsuit 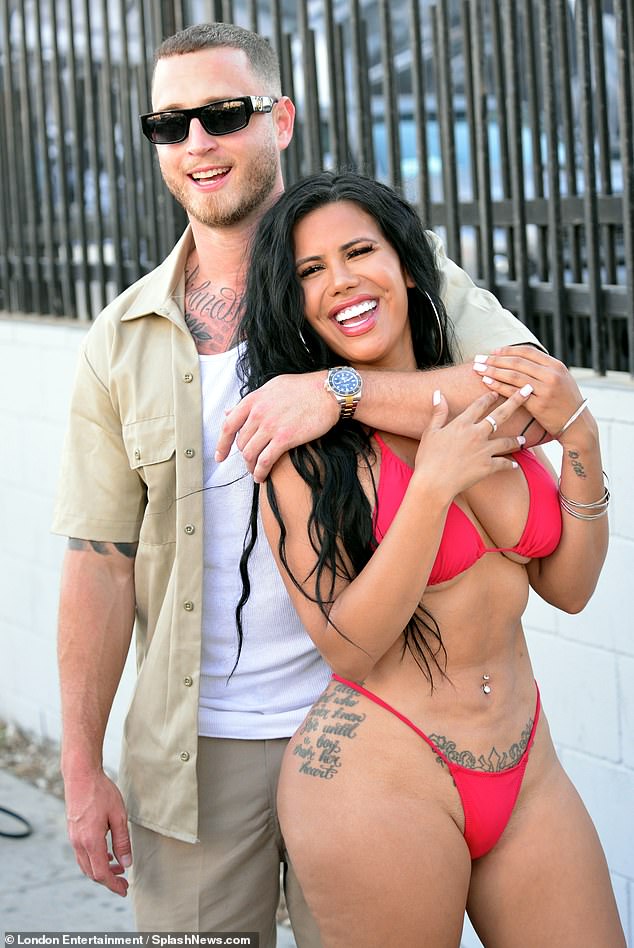 Video vixen: He was seen cozying up to a bikini-clad video vixen who showed off her killer curves in a red thong

Paying no mind to the drama, Chet got to work on his shoot where he was seen utilizing a few pretty women of color in the video – including one bikini-clad model, and taking a smoke break.

When he initially received backlash for his seemingly offensive and polarizing movement title, he was quick to say that ‘prejudice’ was not ‘white boy summer.’

‘You know what’s not white boy summer? Having any ill will or prejudice toward anybody from a different background, race, walk of life than you, you know?… That’s not White Boy Summer, dude. That’s the shit we gotta elevate and get rid of, straight up… Because the real vibes is having nothing but good vibes toward everybody.’

He is now selling white boy summer merch with an additional collection called ‘Black Queen Summer’ which he says is ‘year round.’ 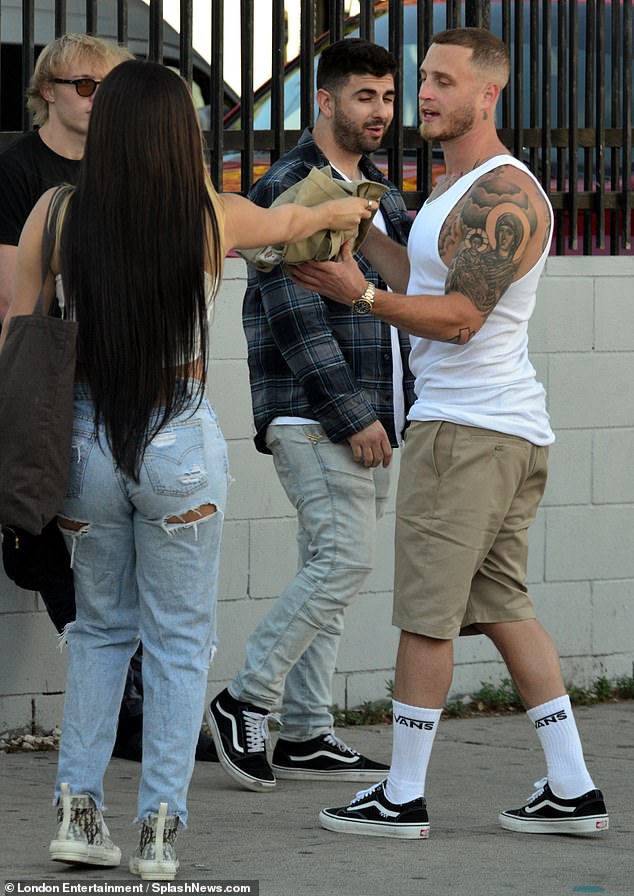 Wifebeater: He sported a wifebeater while on set — which conveniently enough is dubbed a ‘staple of White Boy Summerdom’ in his eyes before he clarified he doesn’t mean people who ‘beat their wives’

His laundry list of additional rules and regulations — which includes ‘no yelling in the club’ and promoting pedicures for men — were released in the form of an Instagram video.

Clothing wise, Chet has taken issue with classic staples from an east coast fraternity brother-type’s wardrobe — no plaid shirts, Vineyard Vines, Ralph Lauren, or Sperry Top-siders are allowed. ‘And anything salmon colored… burn it, burn that s**t. Don’t ever wear that again,’ he added.

Instead he recommends classic black and white T-shirts, Vans, Chuck Taylor’s and Jordans and is barring gentlemen from calling girls ‘smoke shows.’ 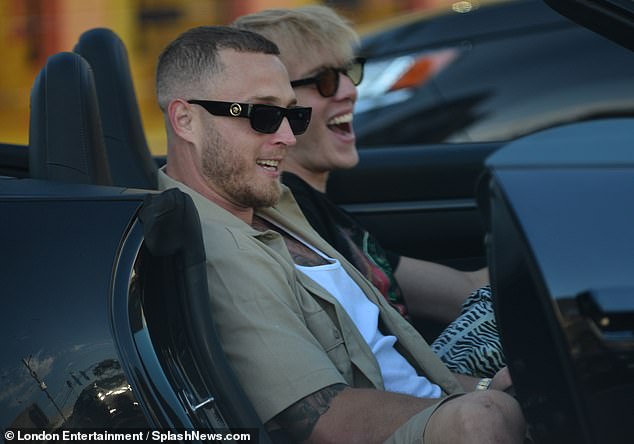 Elevation: Though the movement is somewhat confusing to many, he has outlined both wardrobe and behavioral modifications that need to be made in order for it to be a white boy summer, which he said is ultimately about inclusion and ‘elevation’ as a whole