Springwatch has a new star! Chris Packham ropes his step-daughter Megan McCubbin into co-presenting duties on the nature show… and she’s a huge hit with viewers

Chris Packham’s views on how the countryside should be looked after haven’t always endeared him to those who also happen to live in it.

But his decision to invite his step-daughter Megan McCubbin on to BBC2’s Springwatch programme was met with universal approval.

It seems the nature show may have found a new star after 25-year-old zoologist Miss McCubbin made her debut as a guest presenter on Wednesday night. 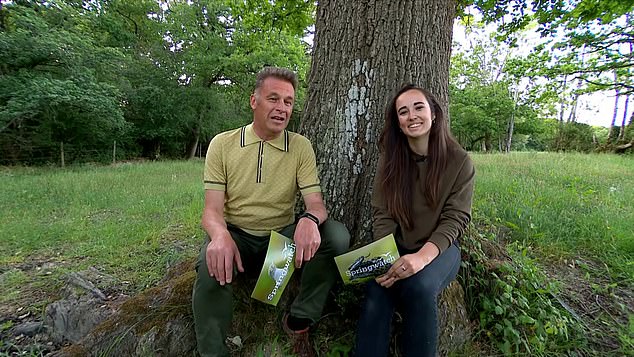 The pair were able to sit side by side, because they have been living together since the lockdown began.

Packham said: ‘Now I have been self-isolating down here in the New Forest for the last nine weeks with my step-daughter Megan McCubbin.’

The pair have remained close since Miss McCubbin’s mother Jo and Packham split up when she was 12.

One viewer commented: ‘Megan is a natural. Permanent presenter please.’

Another said: ‘I hope she will become a regular visitor.’

Last year Packham infuriated farmers and landowners by attempting to stop them shooting birds classed as vermin, such as crows and pigeons, and then went on to attack the practice of breeding and releasing pheasants for game shooting.