Christie Brinkley, 66, Reveals She Had Hip Surgery While Showing Off Big Bandage In Black Swimsuit

More than a decade after finding out she needed a hip replacement, Christie Brinkley finally went through with the surgery, and updated fans on how she’s doing one month later.

Christie Brinkley, 66, is thriving after having a hip replacement in November. The model took to Instagram to share new pics of her in a black, long-sleeved swimsuit on Jan. 4. Due to the high-cut style of the swimsuit, the bandage from her surgery was visible, so Christie decided to open up to fans about the procedure and why she had it.

“New Year, New Hip!” Christie wrote. “I injured by hip in a back country skiing helicopter crash on a mountaintop in Telluride many years ago. The pain in my hip got a little bit worse each year. Twelve years ago I was told it needed to be replaced, but the surgery was daunting! And I had things to do!” Of course, 2020 provided a new lull in most people’s schedules due to the coronavirus pandemic, so Christie decided it was finally time to go through with the surgery.

“I decided to finally take time for myself and do something about the pain that had progressively influenced my decisions,” she continued. “I wanted to be ready to be able to say yes to opportunity. I had my surgery at Thanksgiving and I was dancing in my kitchen by New Year’s Eve and today I put on my long fins and explored the coral reefs propelled by new hip!” 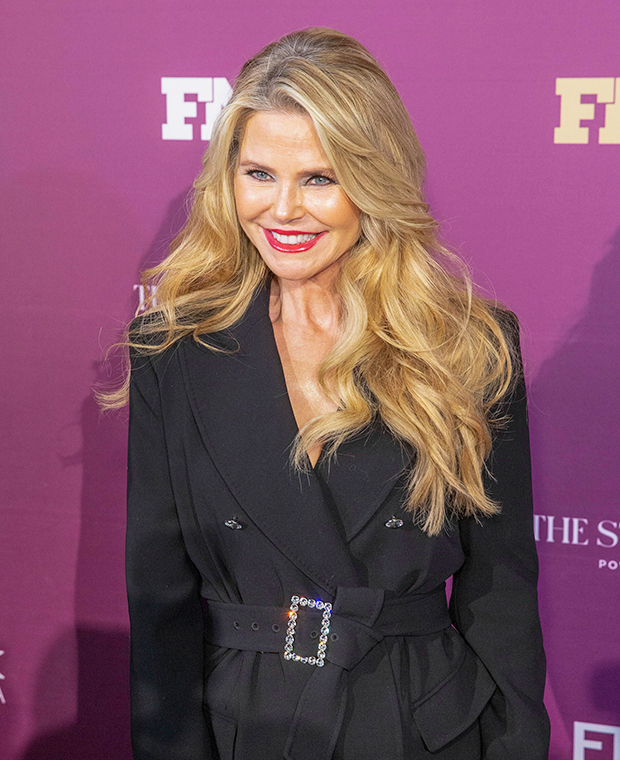 Along with swimsuit photos from the boat, Christie also shared underwater pics of herself gracefully swimming while snorkeling. She concluded her post with an inspiring message to any fans who might also be afraid of doing something that could potentially change their lives. “I’m writing this to say, if you’ve been putting something off that could improve your well-being, but hesitate out of some sort of fear, I suggest learning as much as you can about the procedure and the results and expectations,” Christie said. “I can’t tell you how happy I am to have done this. Now I can focus on getting back in shape and rebuilding my strength.”

Christie’s post was flooded with congratulatory comments, along with some fans sharing their own surgery stories. It’s safe to say that Christie is even more of an inspiration after this latest revelation!