Shop Well For The Planet?

Ant and Dec give you a chance to ‘win the adverts’, on Saturday Night Takeaway.

Bavin and Stacey go one better, by making a whole show out of scenes from old commercials.

Foodie Chris Bavin and actress Joanna Page — one of the titular stars of Gavin & Stacey — teamed up on Shop Well For The Planet? (BBC1), to help a family in Essex save money while cutting back on pollution. 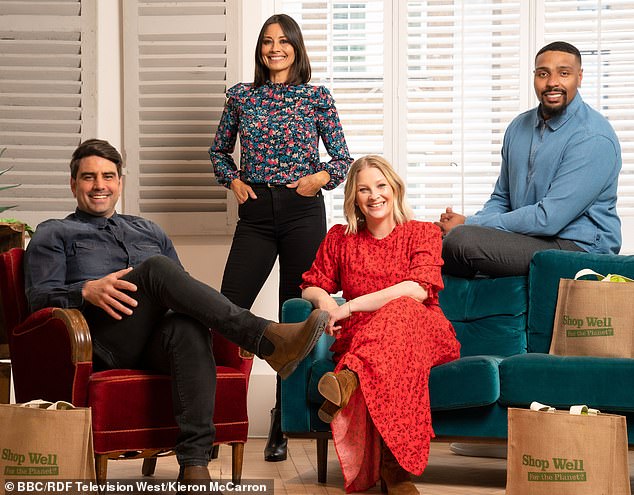 All their inspirations appeared to be stolen from ‘housewife ads’, the sort that used to feature Una Stubbs or Wendy Craig in a pinny and yellow rubber gloves, vacuuming withone hand while washing up with the other.

Mum-of-two Alison, in Chigwell, was thrilled by a plastic ‘eco-egg’ for her washing machine.

Filled with detergent pellets, it really got the mud out of her boys’ sports kit — and on a cooler wash, too!

The whole family was on tenterhooks as Dad Alex tucked into a plate of veggie sausages…but he gave them a big thumbs up.

Meanwhile, there was much debate about which brand of loo roll was the softest.

It would have been no surprise if Maureen Lipman had phoned to exclaim: ‘You got an Ology!’ while Leonard Rossiter poured another Cinzano for Joan Collins, and the presenters chorused, ‘Ah! Bisto…’

Perhaps this is a sign of the times. The shock of the pandemic has shaken the country up, and might have triggered a resurgence of traditional values on telly.

We want to see cheerful, closeknit families like this one, sitting down for meals together in a house filled with love. 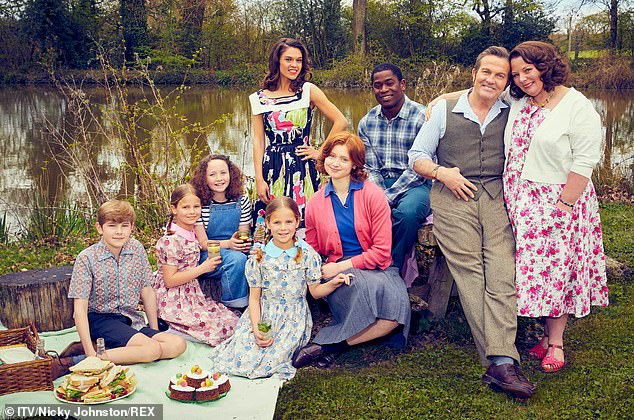 It’s true for drama, too, with the return of The Larkins. The difference is that everyone now is talking about ‘reducing their carbon footprint’ and cutting back on energy waste — a problem brought home by the soaring cost of fuel.

Some solutions were frankly bizarre. One was to feed pets on dried insects. Bugs, we were told, produce less carbon dioxide than a plateful of offal.

I’d like to see that advert: a couple of happy labradors, with glossy coats and lolling tongues, bounding up a hillside before wolfing down a bowlful of locusts and bluebottles. 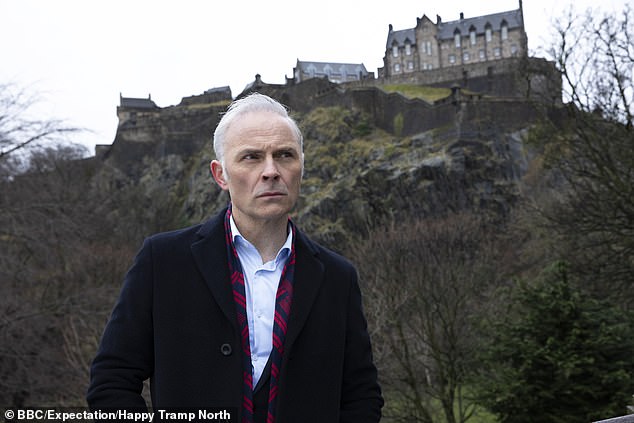 As an advert for Edinburgh, the cruelly comic thriller Guilt (BBC2) is inviting. When characters want to meet in secret, they find a panoramic park bench and survey the city from one of its magnificent vantage points.

And the palatial Victorian townhouses, with their capacious cellars, provide an ideal spot to get rid of a body or two.

The pleasure of Guilt is its wicked humour, as bitter and moreish as dark chocolate.

Phyllis Logan joins the cast as Maggie, the estranged wife of a gangster turned lawyer (and one of the running jokes of the series is that there’s not much difference between the two jobs).

When Maggie meets a sharkish salesman who preys on her elderly neighbours, she’s not above asking her ex Roy to teach the man a lesson, by nailing him to the floor.

That’s a big overcoat to fill, but the transition was swiftly forgotten, helped by the fact that in this second season, Roy is a deeper, more rounded character.

Max has been in prison, and he’s emerged with new self-knowledge. He now realises he doesn’t need love or family. He just wants revenge. Told you it was dark.